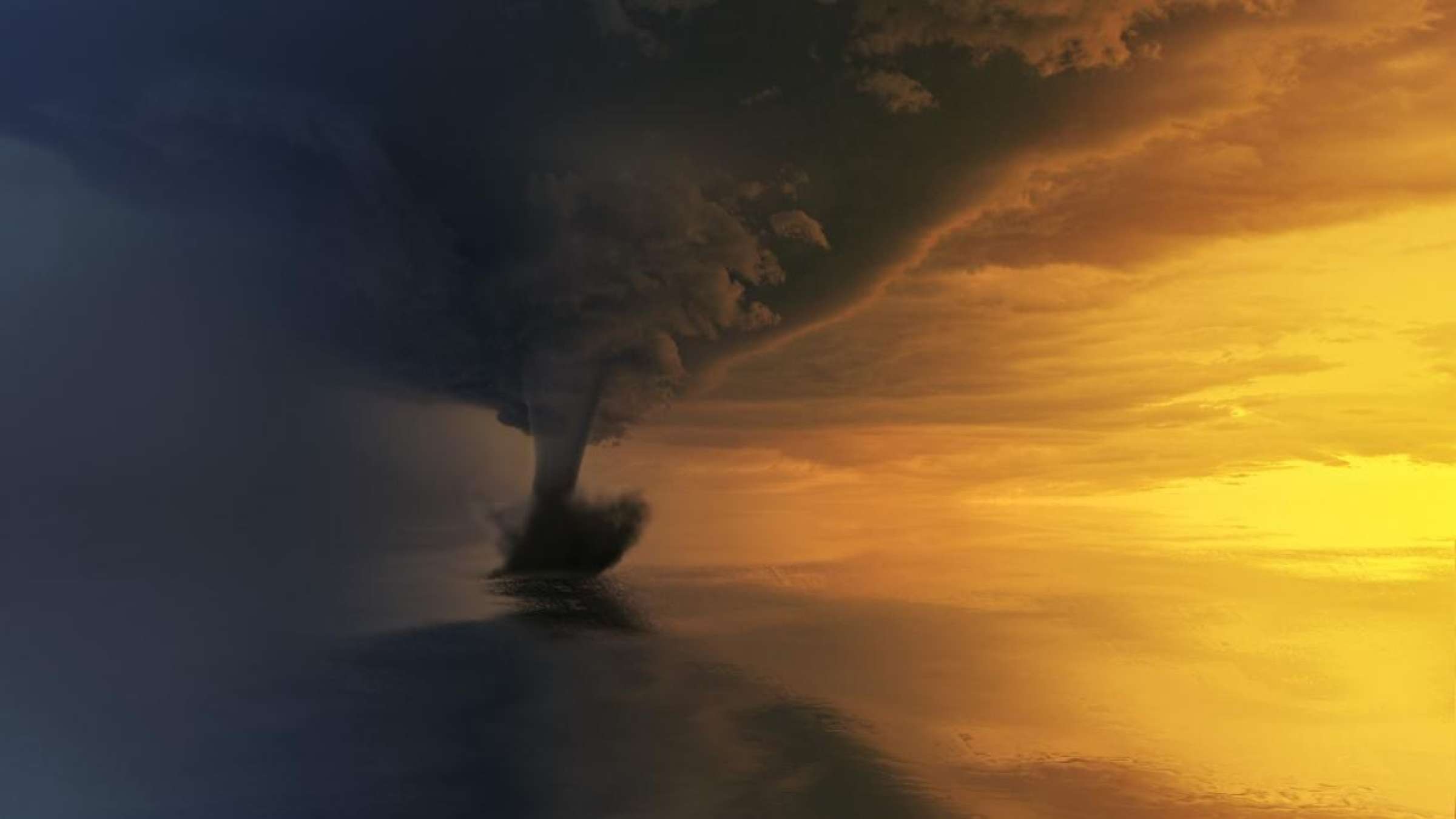 DeKalb, Ill. — A team of scientists reports that they accurately predicted the nation’s extensive tornado outbreak of late May 2019 nearly four weeks before it began. 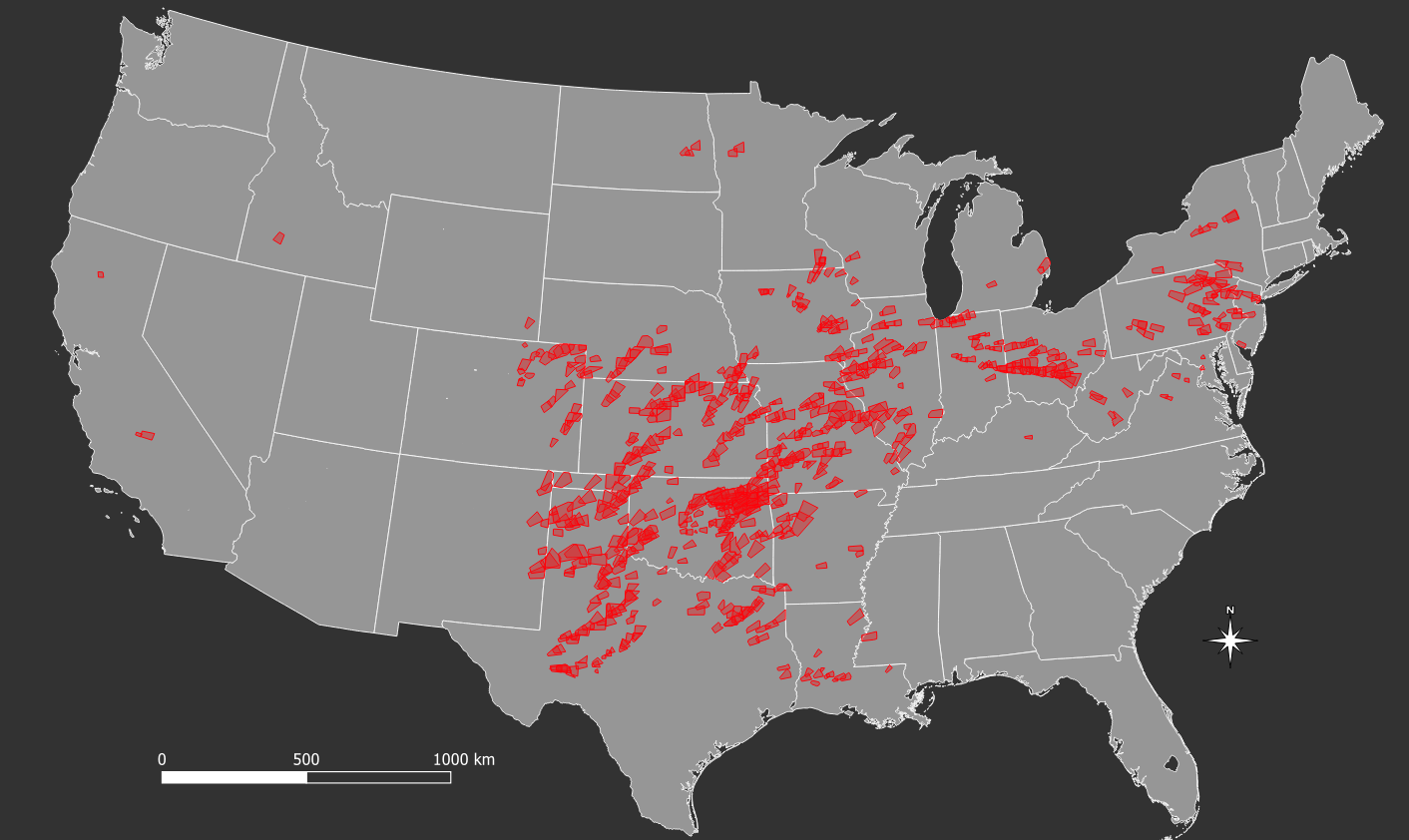 The 757 tornado warnings (red polygons) issued by NOAA’s National Weather Service from May 17 to May 30 of this year. Credit: Northern Illinois University

The team’s study, detailing factors that went into the forecast, is newly published in the journal, Geophysical Research Letters.

“This is the first documented successful long-range forecast for an extended period of tornado activity in the U.S.,” said lead author Victor Gensini, a professor of meteorology at Northern Illinois University.

Gensini said extended-range predictions are the “new frontier of forecasting.”

“In our field, there’s a big push to accurately predict all kinds of extreme weather events well in advance,” Gensini said.

“If we can better anticipate when and where these extreme events may be occurring, it gives us a better chance to mitigate their impacts. We think any additional lead time could be extremely valuable to emergency response teams, insurance companies, and numerous other sectors of industry.”

May 17 through May 29 proved to be an unusually active period of severe weather in the United States—even for a time of the year known to produce violent storms.

During the 13-day stretch, 374 tornadoes occurred, more than tripling the 1986-2018 average of 107 for this period. In total, 757 tornado warnings were issued by NOAA’s National Weather Service, and seven fatalities were reported. The outbreak contributed significantly to the second highest monthly (E)F1+ tornado count (220) on record for May since reliable tornado counts began in the early 1950s.

The central and southern Great Plains, along with the lower Great Lakes region, including Pennsylvania and Ohio, were particularly hard hit by the tornadic storms.

Studies in recent years by the team and other scientists used historical weather-pattern records to develop methodologies for predicting the likelihood of severe weather across the continental United States weeks in advance.

From April 28 on, the ERTAF team highlighted the likelihood of an active period of severe weather three to four weeks into the future. The prediction was especially notable given the pre-season expectation of below-average frequencies of U.S. tornadoes due to the presence of weak El Niño conditions in the tropical Pacific Ocean.

“It’s important to note that this was a single successful extended-range forecast—we’re not going to get every one of these correct,” Gensini said. “But our work does create a pathway to forecasting severe weather with these extended lead times. These are usually forecasts of opportunity, meaning that they are not always possible.”

Gensini said the ERTAF team, which posts forecasts on its website every Sunday evening during tornado season, has had many other successful forecasts that were two to three weeks in advance. They chose to publish on this example because of the magnitude of the storms and textbook nature of the chain of events.

“This is the first extended-range forecast that has been fully scientifically dissected,” Gensini said. “We wanted to make sure it’s documented.”

The forecast process is complex. It looks for signals in two atmospheric indices—the Madden-Julian Oscillation, an eastward moving disturbance of winds, rain and pressure, and the Global Wind Oscillation, a collection of climate and weather information that measures atmospheric angular momentum, or the degree of waviness in the jet stream.

The conditions that resulted in the tornado outbreak began thousands of miles away as thunderstorms over the Indian Ocean and Maritime Continent. The storms progressed into the equatorial Pacific, leading to an enhancement of the jet stream—a key signal the scientists were looking for. The jet stream then crashed like a wave, breaking over western North America into a wavy pattern.

“This process often leads to a thermal trough over the western U.S. that connects downstream to a thermal ridge, creating a rollercoaster-like jet stream pattern,” Gensini said. “Those types of weather patterns have long been known to be most favorable for tornado outbreaks.”

From beginning to end, the pattern progressed as the researchers expected.

“It doesn’t always happen that way, and we have a lot of work to do to make this methodology robust, but every year we learn something new,” Gensini said.