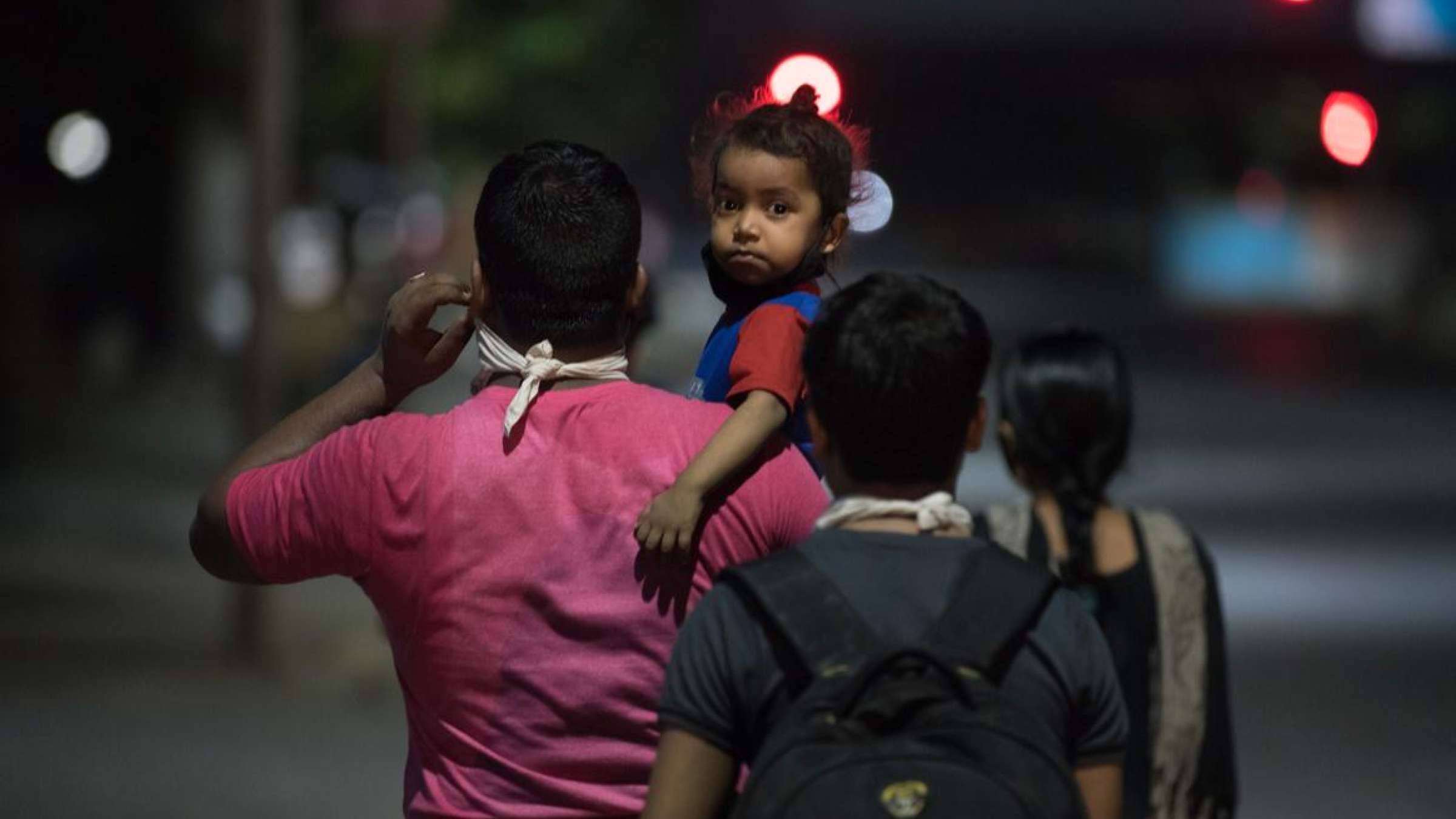 The COVID-19 pandemic has shattered economies, compromised the lives of millions and urged us to rethink human mobility in a changing climate. This piece explains why an intersectional understanding of drivers and impacts is needed for enhancing the human security of people who migrate and those who stay behind.

Not only do millions of vulnerable migrant workers lack access to adequate social protection, housing, healthcare and dignified employment, but they have also been particularly adversely hit by a pandemic that has deeply compromised movement and livelihoods. Back home, communities must not only deal with severe human and economic shocks, but they are also forced to remain in place as other disasters continue to hit.

For many low income and middle income countries, remittances – the money sent home by migrant workers – are the key source of external financingurpassing foreign direct investment and foreign aid. The loss of employment in countries that receive migrants and the inability to find work internally and internationally is having a particularly heavy toll on both migrants and their communities of origin who rely on these economic flows to make ends meet.

When associated with environmental disruptions and climate change, framings of migration often fluctuate from a “problem” to a “solution.” Following certain discourses, often rooted in neo-Malthusian fear-mongering of population growth in the Global South, these movements can lead to geopolitical imbalances and conflicts over resources. However, migration can be an essential strategy for adapting to climate change, providing human security to migrants as well as socio-economic benefits to origin and destination communities. As the saying goes, the devil is in the detail .

Because interest in climate change and migration first emerged within the natural sciences, debate on the topic still tends to be framed in terms of hazards. From this perspective, risk is understood as a function of biophysical events such as floods, droughts and storms, while social inequities and vulnerabilities are seen as proximate factors. Instead of seeking causality in historical inequality, exploitation, and socio-political and economic choices (of which climate change is an outcome), hazard framings continue to locate the risk within the hazard to which people can adjust.

The problem with taking biophysical risks as the starting point for analysis is that doing so can hide more than it reveals. In order to understand both the conditions and overlapping drivers that shape migration in the context of climate change, as well as the conditions that are most likely to bring about adaptive or maladaptive outcomes, it is essential to frame analysis in terms of vulnerability, thereby locating risk in pre-existing vulnerabilities and social inequalities.

Even in cases of sudden onset disasters, whether or not people can or do move, temporarily or permanently, internally or across borders, is highly dependent on pre-existing social relations and post-disaster responses, as well as policies in place on climate change, labour and migration – among many other factors. As we know, climate change impacts everyone, but it does not do so equally. Vulnerability to environmental and climate change, and the capacities, abilities, and desires of people to migrate in a safe and dignified manner, are shaped by social identities and peoples’ position in society.

Although attention still remains focused on those who move, it should be understood that migration requires many human and financial assets that are not available to most. Barriers to safe and regular labour markets, as well as to cross-border migration of those most marginalized, persist throughout the globe. So it is essential to underline that, as those most vulnerable see their capacity to migrate even more hampered in the context of climate change, we can expect an increase in involuntary immobility and trapped populations .

When people are able to move in times of socio-economic and environmental stress, the extent to which migration can provide adaptative opportunities depends a great deal on people’s socio-economic assets, on the human rights protections they are afforded throughout the whole migration cycle, and on the type of employment different people are able to access in destination areas (e.g. regular, irregular, exploitative, empowering).

Gender, as it interacts with other social identities such as age, class, ability, education and race, influences who migrates and why, and how decisions about migration are made. It also affects migrants and the places they leave and the places they migrate to. Migration influences social relations, for example by entrenching inequalities or challenging and transforming them. Without considering how intersecting systems of power and oppression at different scales shape aspirations and capacities to migrate, the term “adaptation” can implicitly place the burden of adjustment and change on a homogenously conceived group – migrants – instead of on those creating the conditions which make this planet uninhabitable for millions.

Although much focus is placed on the importance of economic remittances to help alleviate pressures in origin communities and provide adaptive options for those facing the impacts of climate change, they often come at great human cost for those most vulnerable. While under specific conditions migration can be a formidable adaptation option, the often-precarious conditions in both internal and international destinations mean that migration is not adaptive for all. In fact, it is often an option of last resort that does not necessarily improve the well-being of those who leave or those left behind. Moreover, even when essential remittances are available, they are no panacea for overcoming structural development constraints.

The responsibility to build back better in the recovery stages of this pandemic must fall on those responsible for creating inequalities, injustices and destruction. Not on those most vulnerable who have least contributed to the problem, no matter how useful their economic and social remittances will continue to be. Making this planet a habitable place for those who move and those who don’t means understanding and challenging the systems that exploit the nature and labour of the many at the expense of the economic profit of the few. The path forward needs to address issues of intersectionality through research, policy and practice along with the pursuit of social and environmental justice.