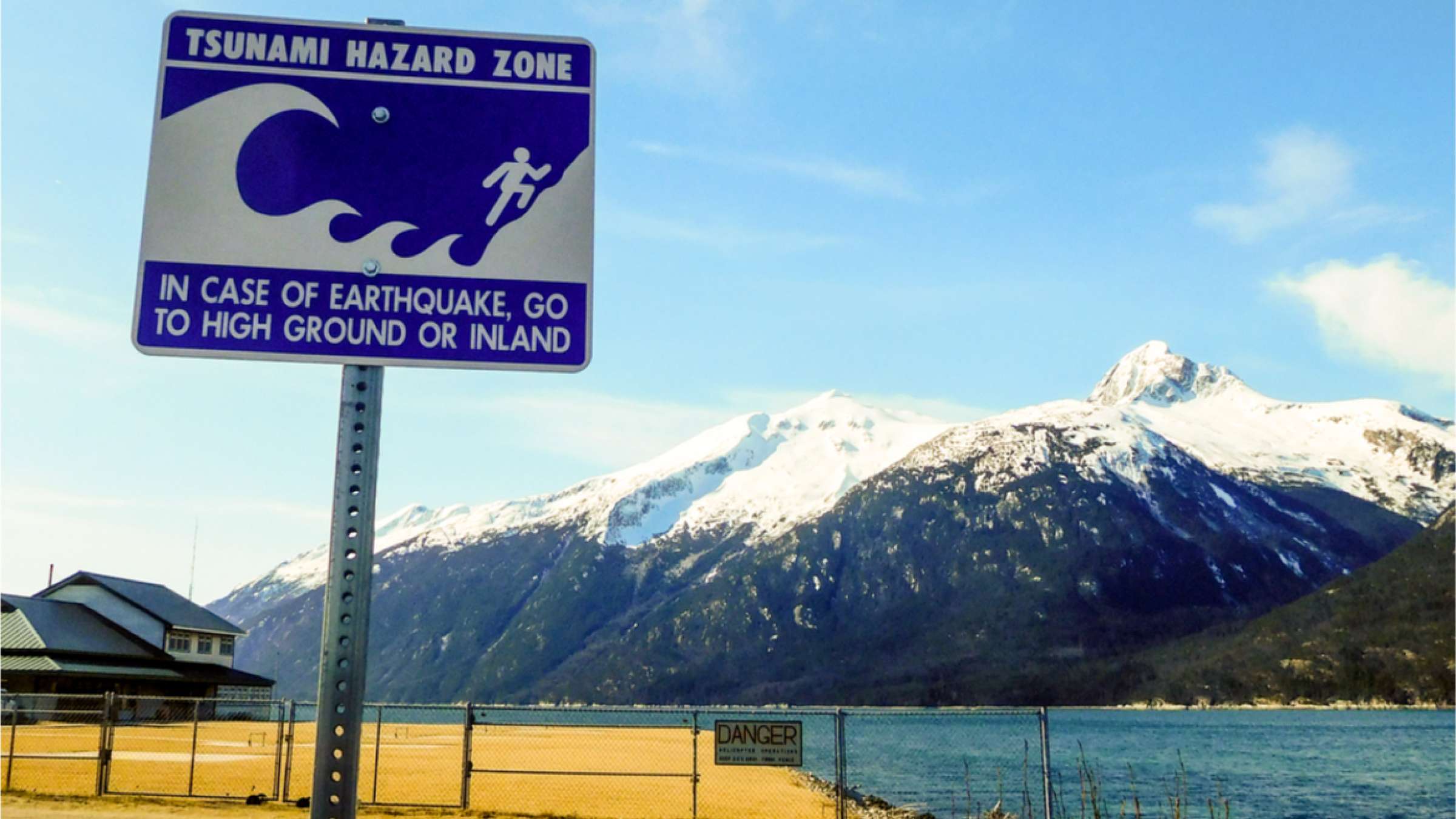 The coastal zone is home to over a billion people. Rising sea levels are already impacting coastal residents and aggravating existing coastal hazards, such as flooding during high tides and storm surges.

However, new research by Assistant Professor Tina Dura and Professor Robert Weiss in the College of Science's Department of Geosciences indicates that future sea-level rise will also have impacts on the heights of future tsunamis.

“In 50 to 70 years, sea level is going to be significantly higher around the world,” said Dura, who is also an affiliate of the Center for Coastal Studies, an arm of the Fralin Life Sciences Institute. “If a tsunami strikes in that time frame, the impacts that you're estimating for today are going to be greater. I think that coastal geologists and modelers alike need to consider sea-level rise in future models and hazards assessments.”

Their findings were published in Nature Communications.

Around the colloquial Ring of Fire, tectonic plates are colliding with the massive Pacific plate, resulting in seismic and volcanic activity. Because the Ring of Fire encircles the Pacific Ocean, large earthquakes on its boundaries produce regional tsunamis and also distant-source tsunamis that propagate across the Pacific Ocean and affect coastlines thousands of miles away.

Off the coast of Alaska, colliding tectonic plates create a 2,500-mile-long fault known as the Alaska-Aleutian subduction zone. Research shows that the subduction zone can produce distant-source tsunamis that strike the west coast of the United States, and in particular, Southern California.

In 2013, the United States Geological Survey initiated a Science Application for Risk Reduction project focused on a distant-source tsunami originating along the Alaska-Aleutian subduction zone and its impacts in California.

However, due to rising sea levels, this tsunami scenario at the ports of Los Angeles and Long Beach will not be accurate in the long run.

Observations show that the world's temperatures are rising and sea levels are following suit. It's not a question of whether sea level will continue to rise but by how much.

The group projected sea-level rise for the ports of Los Angeles and Long Beach based on scenarios that factor in both low and high estimates of greenhouse gas emissions and climate change mitigation strategies.

One scenario included mitigation strategies to reduce greenhouse gas emissions that resulted in minimal temperature and sea-level rise. Another scenario reflects a future with no mitigation efforts and high emissions, leading to a faster rise in temperatures and higher sea levels.

The group found that today, a magnitude 9.1 earthquake can produce tsunami heights that exceed 3.2 feet at the ports. However, by 2100, under high-emissions sea-level rise projections, a much smaller magnitude 8 earthquake will be able to produce a tsunami that exceeds 3.2 feet.

In other words, higher sea levels will make the ports more vulnerable to tsunamis produced by less powerful earthquakes. The results are especially concerning given the higher frequency of magnitude 8 earthquakes.

“A 9.1 is very, very rare,” said Dura. “So today, the chances of having a tsunami exceeding 3.2 feet at the ports is pretty small because a very rare, very large earthquake would be required. But in 2100, a magnitude 8, which happens around the Pacific Rim quite often, will be able to exceed the same tsunami heights due to higher sea levels.”

“This work really illustrates the potential for future tsunamis to become far more destructive as sea levels rise, especially if we fail to reduce future greenhouse gas emissions,” said co-author Andra Garner, who is an assistant professor studying sea-level rise at Rowan University. “The good news is that the work also illustrates our ability to minimize future hazards, if we act to limit future warming and the amount by which future sea levels increase.”

But knowing about these potentially devastating tsunamis entails not just looking ahead, but looking back as well.

The United States Geological Survey Science Application for Risk Reduction project only considered an earthquake that occurred within the Semidi section of the Alaska-Aleutian subduction zone. But since that initial work, Dura and colleagues have published research that suggests other sections of the subduction zone should be considered as well.

Because the earthquakes of 1938 and 1964 did not overlap, seismic hazard maps labeled the area between them as a "persistent earthquake boundary." In other words, the risk of the region's greatest, multi-section earthquakes was thought to be quite low.

“Although the 1964 earthquake rupture did not cross into the rupture area of the 1938 earthquake, it is unclear if this has been the case for earthquakes hundreds to thousands of years in the past. Should this be considered a persistent boundary between earthquakes, or can there be very large, multi-section earthquakes in this region? We wanted to find out,” said Dura.

To learn more about the seismic history of the Alaska-Aleutian subduction zone, Dura and colleagues used 5 centimeter cookie-cutter-like cylinders to collect core samples from wetlands that are peppered across the proposed earthquake boundary.

The group then analyzed the soil layers contained in the cores to identify instances of land-level change and tsunami inundation from past earthquakes. Through radiocarbon, cesium, and lead dating, the group was able to build a timeline of past large earthquakes in the region.

Their research showed that multiple large earthquakes had spanned the proposed earthquake boundary, which means that earthquakes that ruptured both the Semidi and Kodiak sections of the subduction zone had occurred multiple times in the past.

The group’s data will be included in hazard maps for southern Alaska to help improve future modelling scenarios for the Alaska-Aleutian subduction zone.

“Collaborations like ours that aim to integrate coastal geology, earthquake modeling, and future projections of sea level are crucial in developing a complete picture of future tsunami impacts at ports,” said Weiss, director of the Center for Coastal Studies. "Increasing interdisciplinary research capacity, meaning the integration of scientific fields with each other that follow different governing paradigms, will be the key to understanding the impacts that the changing Earth has on our well-being and prosperity. Building interdisciplinary research teams is difficult, and Virginia Tech’s Center for Coastal Studies fulfills a pivotal role bringing such teams together. Fulfilling this team-building role not only enables studies such as ours, but also helps Virginia Tech remain true to its motto, Ut Prosim (That I May Serve).”

In future projects, Dura, Weiss, and colleagues plan to incorporate distant-source tsunamis originating from other subduction zones around the Ring of Fire into their modeling of tsunami impacts on other coasts as well as the economic consequences of coastal inundation.

“With our new study, we provide an important framework for incorporating sea-level rise into distant-source tsunami modeling, and we’re excited to continue building on these initial results,” Dura said.