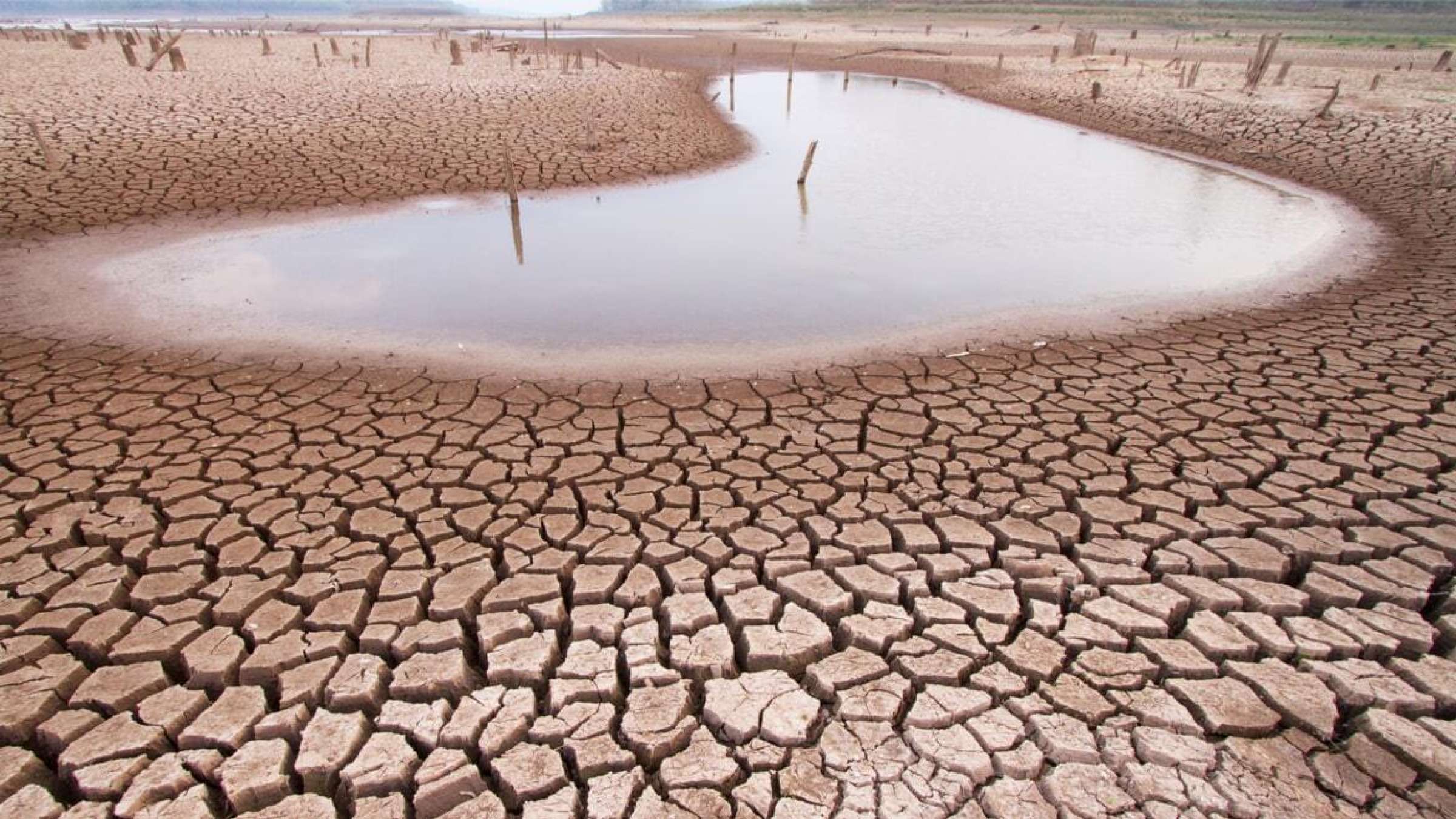 Experts at COP 27 have made apocalyptic forecasts of weather under climate change if urgent action is not taken. In South Asia, the anticipated ‘climate chaos’ is already a reality for many, with extreme droughts and floods increasingly affecting the region. According to the World Bank, losses will average USD 160 billion per year by the end of this decade if current trends continue. If South Asian nations and communities are to cope as climate change progresses, they need advance warning of extreme events, so they can put mitigation plans into action, and avoid climate hazards becoming major disasters.

In response, IWMI, in collaboration with the Indian Council for Agricultural Research, Japan’s Ministry of Agriculture, Forestry and Fisheries (MAFF) and other partners, has launched its next-generation South Asia Drought Monitoring System (SADMS) platform. This cloud-based, integrated drought-management portal makes available all the information needed to forecast, monitor and manage drought, for free, to anyone with a desktop computer and internet access. Having sufficient notice that a drought is emerging can support farmers, extension workers, water managers, and national and regional authorities to enact mitigation strategies, thereby reducing vulnerability to extreme floods and droughts in the long term.

The SADMS platform, which covers Afghanistan, Bangladesh, Bhutan, India, Nepal, Pakistan and Sri Lanka, provides seasonal, sub-seasonal and seven-day weather forecasts as easy-to-interpret on-screen maps; monitoring tools that indicate when drought is present and, if so, the level of severity; and district-level agricultural contingency plans that can be put into early action if the system indicates that particular triggers have been reached. The monitoring and forecasting components of SADMS are based on indices including vegetation health, rainfall levels and soil moisture, which can identify the extent to which drought is present and, over time, developing.

The platform has applications at national-to-local level, particularly for supporting poor, smallholder farmers who often bear the brunt of droughts through failed harvests. For example, a member of a government agriculture department might observe that the start of the kharif season has been characterized in recent years by dry spells of two to three weeks – and advise farmers to delay planting crops if the trend appears to be continuing. Or extension workers could use the system to identify that local farmers are growing rainfed groundnut, and advise them to sow less-thirsty maize if poor monsoon rains are anticipated.

The SAARC Disaster Management Center, along with CGIAR/IWMI, ICAR and the United Nations Office for Outer Space Affairs organized a three-day workshop to demonstrate the system. At the event, representatives from agencies and departments working in meteorology, space affairs, agriculture, irrigation, revenue and disaster management were able to test-run the system’s modules on weather forecasting, drought-management, drought-decision support and contingency planning, as well as its newsfeed and alerts for drought-related information. The feedback received highlighted the potential of the tool to build resilience to climate change by forewarning operators when a drought is likely to happen.

“The SADMS portal is very useful,” explains Sama Adnan, Ministry of Environment, Climate Change, Technology, Maldives. “I think it’s a very important tool for all of us to make evidence-based decisions on drought management. In Maldives, the biggest constraint is that during the dry period we get very little rainfall, and with the islands dispersed around the country it’s difficult to provide water supply. With the help of this tool, we will have time for storage and distribution of water.”

IWMI and ICAR began developing SADMS in 2014, and then worked to validate its outputs. In 2017, based on the system’s forecasts, ICAR scientists led by K.V. Rao of the Central Research Institute for Dryland Agriculture assisted farmers in the Indian states of Andhra Pradesh and Maharashtra to obtain drought-tolerant seeds, develop supplementary irrigation and apply potassium nitrate (which helps seedlings cope better with dry conditions). This led to higher yields of soybean, pigeon pea and cotton. The system has subsequently guided national, state and district-level authorities in India and Sri Lanka to take timely action to prepare for drought. As a result, IWMI won the Geospatial World Excellence Award 2020, the first time a CGIAR center had received this accolade.

In an effort to enhance drought management outside of South Asia, the technology underpinning the SADMS platform will be replicated in the Building Systematic Resilience Against Climate Variability and Extremes (ClimBeR) Program of the CGIAR. Involving collaboration between 130 partner organizations, ClimBeR is working to build resilience to climate change in Kenya, Morocco, Senegal, Zambia, Guatemala and the Philippines. The SADMS approach will be used to support each nation to develop an ‘awareness platform’ – AWARE – to facilitate coordination across ministries to trigger mitigating action. With the SADMS technology highly transferable, it has the potential for wide-scale use in building resilience to droughts globally going forward.