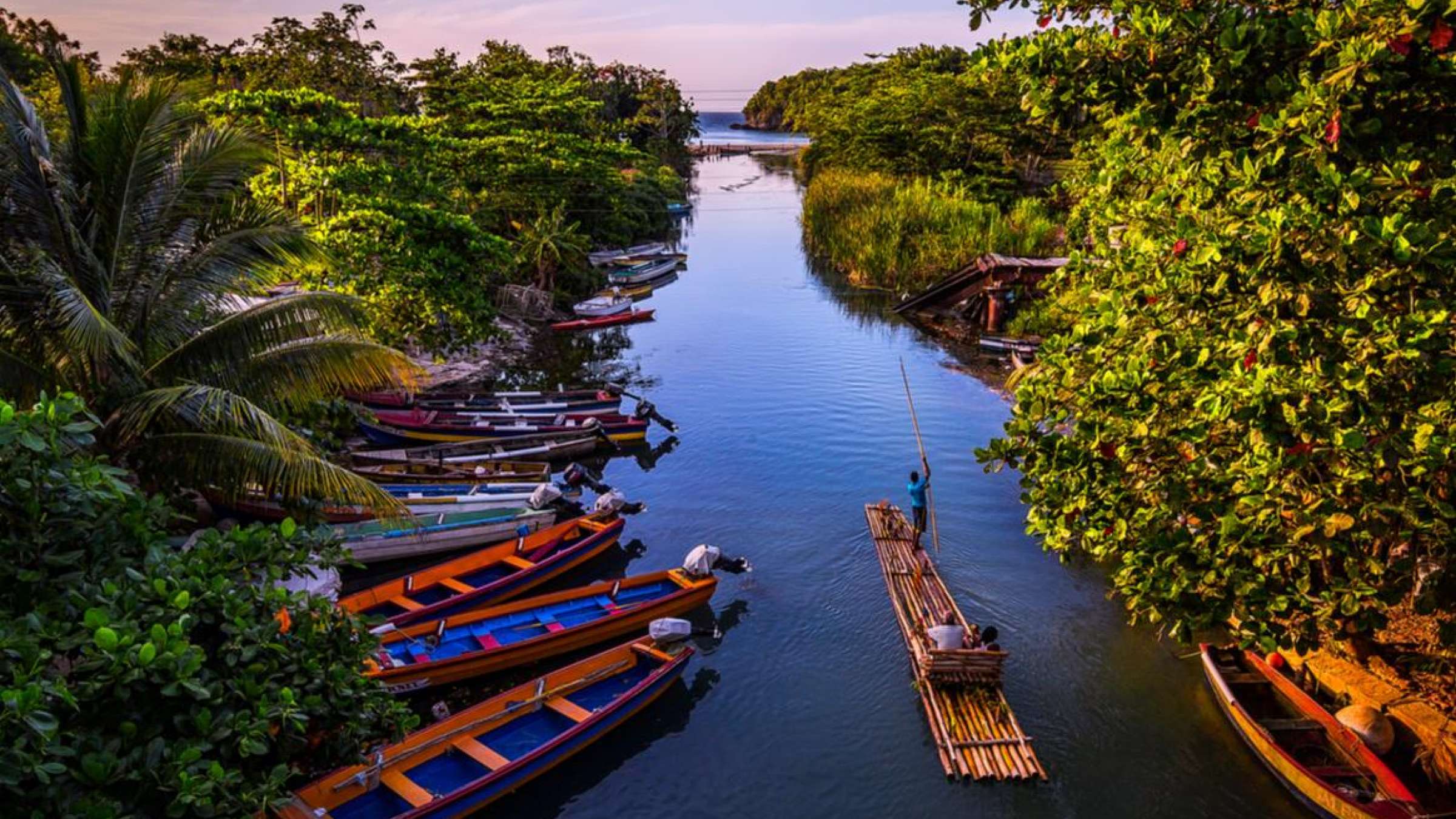 KINGSTON - Two years ago, Colleen Williams took a 13-week water-harvesting course that helped her reduce her household consumption by about a third, from 45,000 gallons a year to 29,000.

The knowledge she gained enabled her to make use of rainwater, use less from the tap and cut costs – she also hopes it could benefit future generations.

"I have been interested in sustainability and making my environment better for my grandchildren," the 60-year-old charity secretary told the Thomson Reuters Foundation.

Williams took part in the Water Project Jamaica, funded by the Inter-American Development Bank and business, which trains homeowners and professionals on water conservation.

The project is part of the Caribbean island nation's donor-backed programme for climate resilience, which has helped Jamaica earn an international reputation for addressing climate change.

On the ground, however, local environmental activists have raised concerns about the adequacy and consistency of the government's climate plans, especially when it comes to protecting forests.

Jamaica is one of a handful of countries that have submitted a second, stronger "nationally determined contribution" (NDC) for the Paris climate accord, ahead of a Dec. 31 deadline.

The new round of NDCs will be in the spotlight as countries gather virtually for a "Climate Ambition Summit" on Dec. 12 to mark five years since the adoption of the Paris Agreement.

Pearnel Charles Jr., Jamaica's minister of housing, urban renewal, environment and climate change, said his country, which submitted its NDC at the end of June, sees itself as a leader "in this critical area globally".

"Jamaica wants to demonstrate to the world that despite the challenges posed by COVID (and) by this historic, active hurricane season, which has produced damaging floods, we are still committed to actionable ambition," he said in a phone interview.

Jamaica is acutely vulnerable to climate change, lying in the path of destructive hurricanes and susceptible to drought, flooding and extreme heat.

On a global scale, its contribution to the emissions heating up the planet is miniscule compared with major economies.

Nonetheless, its NDC includes a target to reduce emissions by 25% from business as usual levels by 2030. That represents an increase of more than 60% from its first NDC, with over four-fifths of the cuts coming from the energy sector, Charles said.

Jamaica now relies on heavy fossil fuels, but the new plan involves a shift to cleaner energy sources, such as solar and wind power, said UnaMay Gordon, principal director of the climate change division at the Ministry of Economic Growth and Job Creation.

The NDC also includes the forestry sector this time, with a drive to plant 3 million trees, as well as boosting energy efficiency through retrofitting buildings and using water more wisely.

Other projects already underway or in the planning stages include mangrove restoration, introducing electric vehicles in the transport network, putting solar panels on hospitals and commissioning the largest solar farm in the English speaking-Caribbean, said Gordon.

The projects are being funded by the government, the private sector, development banks and donor nations.

Diana McCaulay, founder and director of the Jamaica Environment Trust, said the country was strong in terms of "completing the reports, going to meetings and giving speeches".

"But it doesn't stand up to scrutiny when it comes to what we actually do," she told the Thomson Reuters Foundation.

For example, the updated NDC's forest-related targets are vague and lack concrete, measurable goals, she noted.

In addition, the government recently approved an appeal by Bengal Development Limited, a subsidiary of Jamaica World LLC, after the state conservation authority denied the company a permit to quarry for limestone.

It will now be allowed to dig up 50 hectares of rare dry limestone forest on Jamaica's north coast, but must adhere to conditions, including a requirement to reforest an area the same size as the forest that is lost.

McCaulay said the move was out of step with the new NDC pledge to maintain or increase forest cover.

"We can't claim that this one particular area of forest is going to be a massive tipping point, but we continue to chip away at them," she said.

Jhannel Tomlinson, a climate activist and sustainability lead for nonprofit Jamaican Women in Coffee, said planting new trees to compensate was not an acceptable solution.

"It's not as easy as that, as it is already an established forest with flora and fauna that have adapted," she said. "It's almost like taking out an apple but putting in an orange to replace it."

Meeting climate change targets is a challenge for all countries at the best of times, but the financial pressures created by the pandemic have made it even harder, experts say.

COVID-19 has led to delays for many developing countries in crafting their new NDCs, the U.N. Development Programme said this week.

Jamaica, however, "decided to push forward and show it is possible, even increasing the quality... and their ambition", said Pablo Vieira, global director of the support unit at the NDC Partnership, a coalition helping developing countries update their climate action plans.

The partnership - which Jamaica will co-chair with Britain from January - will also provide a technical advisor to Jamaica as it navigates its recovery from the COVID-19 pandemic.

"In the Caribbean, where you have economies highly dependent on tourism, the pandemic has been a massive shock," he said.

Now is the time to try to rebuild in a sustainable way and incorporate climate resilience into recovery plans, he added.

Jamaica, for example, could cut its reliance on expensive imported fossil fuels to power the tourism industry - even more important as the pandemic pressures budgets.

The Bank of Jamaica is now forecasting an economic contraction of up to 10% in fiscal 2020/21 due to the pandemic.

Minister Charles said meeting the country's new climate commitments would not be easy, as they needed funding, but vowed to keep it at the forefront of discussions with finance officials.

Michael Taylor, co-director of the climate studies group at the University of the West Indies in Kingston, welcomed the higher ambition in Jamaica's new NDC.

"But as always, you'd love to see more being done - not only in Jamaica but in the rest of the world," he added.