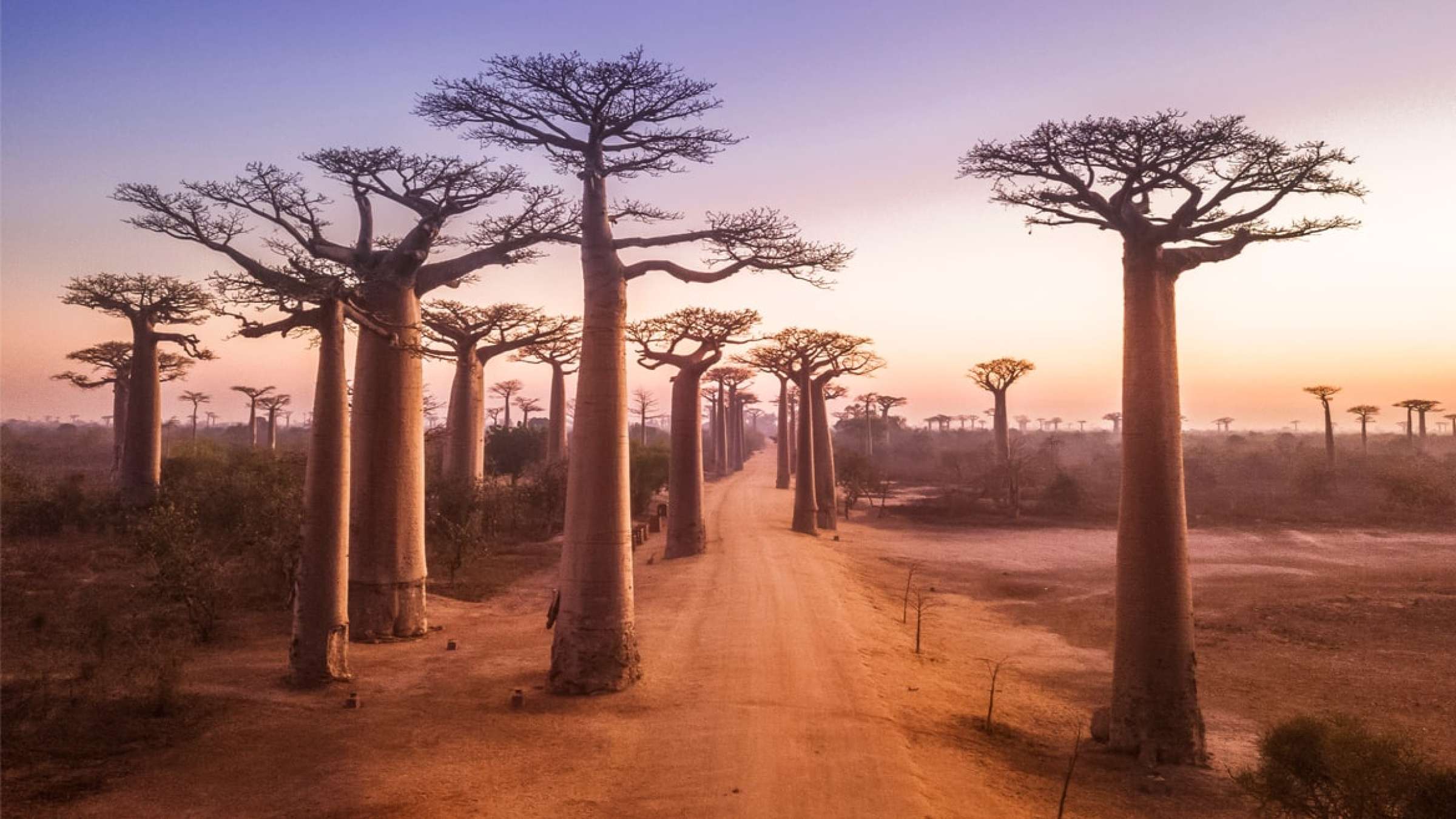 The UN has announced that Madagascar is on the brink of experiencing the world’s first “climate change famine”. Tens of thousands of people are suffering “catastrophic” levels of hunger. Climate hazard scientist, Chris Funk, provides insights into the causes.

How significant has the drought been in Madagascar?

Out of the last six years in Madagascar, five years have had poor or very bad rainy seasons.

My colleagues and I were able to track this because of the satellite-gauge rainfall data that we developed – the Climate Hazards Group’s Infrared Precipitation with Stations (CHIRPS) system – to monitor droughts in regions like southern Madagascar. The focus of my work has been on sea temperatures between Australia and Hawaii – the Indo-Pacific – and the impacts variations have on southern and eastern Africa.

Our data suggests that since 2015, with the exception of the 2018 - 2019 rains, seasonal rainfall (which usually falls from from October to May in southern Madagascar) has been low. This fall within the driest 10% of years since 1981.

Other data suggests that the past six years have also been exceptionally warm. Warmer air can hold more water vapour which leads to vapour deficits. These deficits can exacerbate droughts by drying out vegetation because the drier air pulls moisture out of the plants.

Looking back over Indo-Pacific sea temperatures, I am really struck at how extreme conditions have been since 2014.

When these events happen, wind patterns shift to support heavy rainfall over whichever region is extremely warm. These shifts, in turn, can disturb rainfall conditions over eastern and southern Africa.

Every year since 2014, there has been either a La Niña or El Niño, except for 2019 to 2020. But that year was an exceptionally strong Indian Ocean Dipole event.

What have been the implications?

While I don’t have any expertise as a food security analyst, the Famine Early Warning Systems Network is tracking conditions in Madagascar very closely. They report below-average rice, maize, and pulse production in the main producing areas of the highlands as well as across eastern and southern Madagascar. There is also very poor cassava production, a staple food.

Our satellite imagery confirms this – we see that the droughts have really dried out vegetation.

In general, this type of persistent drought stress weakens the resilience of poor households. It can also lead to higher food prices.

The lack of rain has been connected to climate change. Why?

In my work on climate hazards, it has become clear that we need to recognise how and when climate change is exacerbating natural climate and weather extremes.

Our research, supporting famine early warning, for example, has described how climate change is amplifying the magnitude of natural variations, such as El Niños and La Niñas. This contributed to post-2014 increases in eastern and southern African food insecurity.

From 2019 to 2021, we saw exceptionally warm ocean conditions in the Indian Ocean and western Pacific. And, as mentioned earlier, warmer air can hold more water vapour which leads to deficits.

In two recent papers, one focused on a global drought analysis and one focused on east Africa, we argue that these warmer temperatures have amplified the impact of precipitation deficits, especially in arid regions.

Data for southern Madagascar suggest that large increases in atmospheric water demand due to warmer air temperatures have occurred there during many recent droughts.

What are the projections for the future?

The just-released Intergovernmental Panel on Climate Change report suggests a near-term and persistent El Niño-like shift in the climate. This could be associated with warmer eastern Pacific ocean conditions, warmer air temperatures and more frequent droughts over southern Madagascar.

My perspective on “projections,” however, is that we need to reject the idea that climate change is some “external” process. There is no physical process that causes all the sea surface temperatures and air temperatures to slowly warm at very similar rates.

Energy is building up in the ocean and atmosphere and then converging in specific locations, creating more extreme weather and climate.

I think we can safely project that what we are seeing happen will continue. We will continue to see increased Indo-Pacific volatility that will bring more frequent, strong El Niño, La Niñas, and Indian Ocean Dipole events. Alongside this, much warmer air temperatures will both increase desiccation during droughts and contribute to more extreme rainfall during storms and cyclones.

To respond to these changes, we are racing to develop improved early warning systems.

Which other countries in Africa are at risk from the same?

My expertise focuses on southern and eastern Africa, so my concerns also apply in many of those countries.

In southern Africa, we have seen many recent poor rainy seasons in Zimbabwe. In east Africa, climate change-enhanced conditions contributed to droughts in 2016 - 2017 and 2020 - 2021.

We were able to anticipate those shocks many months in advance based, in part, on exceptionally warm west Pacific sea surface temperatures.

We are now very concerned about the potential of another sequence of poor rains in east African from 2021 - 2022. Current forecasts appear very similar to recent drought years. This could be especially concerning for Ethiopia, where very poor rains have led to low crop production outcomes. Poor rains, combined with food price increases, conflict, political division, have led to crisis levels of food insecurity.

We have also shown in recent papers that in east African regions, dry seasons are getting drier in already-arid places. Both increased Indo-Pacific sea surface temperatures and increased terrestrial air temperatures are increasing climate risk.

But, we are not helpless.

There are vital efforts being made to build resilience. For example, the social enterprise Tatirano (“to collect water” in Malagasy) aims to increase the adoption of rainwater harvesting techniques by communities. I am excited about the possibility of Climate Hazards Center observations and forecasts feeding into local decision-support tools, like Tatirano’s data systems. According to Tatirano, along the coast, over four million people live without basic access to clean water, despite living in areas which receive more than 1500 mm of rain a year. In the drier, arid drought-stricken areas rainwater harvesting can increase water retention for agriculture by increasing the amount of rain absorbed by the soil. Larger scale nature-based rainwater harvesting collection and storage (natural rock reservoirs for example) can help mitigate more variable rainfall and take advantage of extreme precipitation events, which appear to be more frequent.