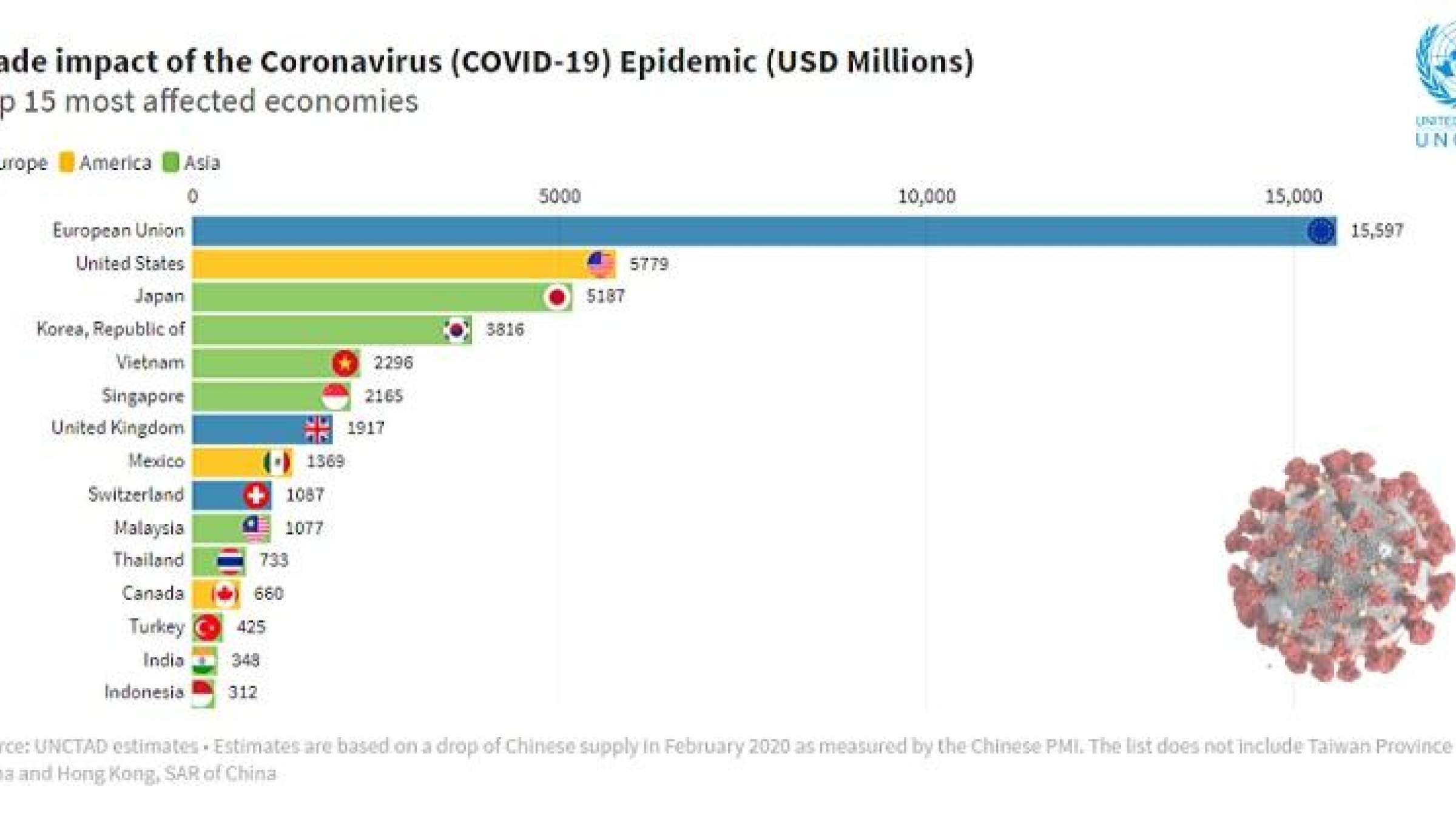 The slowdown of manufacturing in China due to the coronavirus (COVID-19) outbreak is disrupting world trade and could result in a $US50 billion decrease in exports across global value chains, according to estimates published by UNCTAD on 4 March.

In February, the country’s manufacturing Purchasing Manager’s Index (PMI) – a critical production index – fell by about 22 points to 37.5, the lowest reading since 2004. Such a drop in output implies a 2% reduction in exports on an annual basis.

Because China has become the central manufacturing hub of many global business operations, a slowdown in Chinese production has repercussions for any given country depending on how reliant its industries are on Chinese suppliers.

“Any slowdown in manufacturing in one part of the world will have a ripple effect in economic activity across the globe because of regional and global value chains.”

The estimated global effects of COVID-19 are subject to change depending on the containment of the virus and or changes in the sources of supply.

Read the original story here
Share this
Related information
Related links
Coronavirus: A simple way to keep workers – and the economy – from getting sick
The growing impact of coronavirus on the global economy
These bonds were supposed to help fight diseases like coronavirus. They've never paid out
Keywords
Hazards
Epidemic & Pandemic
Themes
Economics of DRR
Country & Region
China