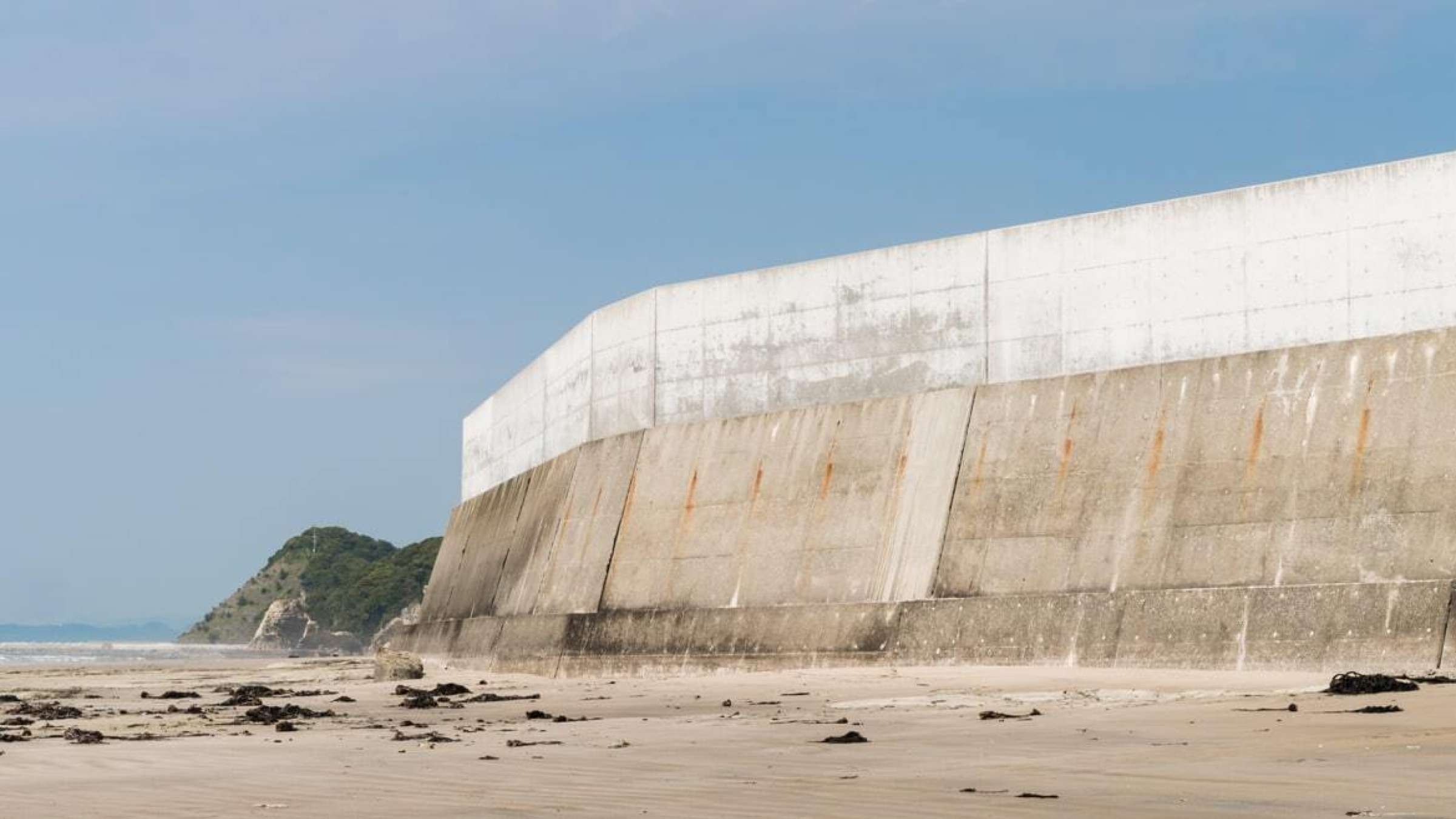 The Tōhoku earthquake of 2011 remains the strongest in recorded Japanese history. It created a tsunami that towered over 40 metres and dismantled coastal flood defences in north-eastern Japan with ease, taking the lives of around 16,000 people.

Japanese authorities, wanting to better protect communities in future, chose to build bigger defences. Concrete walls that span 400km and reach nearly 15 metres high in places now line the coast to resist incoming waves and allow enough time for residents to evacuate in the event of another tsunami.

They were recently tested by a 7.4 magnitude earthquake, which struck off the coast of the Fukushima prefecture on March 16 2022, killing at least four people and injuring many more. Mercifully, the resulting tsunami was negligible compared with that of 11 years prior.

These sea walls will also serve as a defensive frontline against the effects of climate change. A recent report by the Intergovernmental Panel on Climate Change found that even in the best case, where the world halts warming at 1.5°C, sea levels could rise by 0.55 metres on average globally by 2100. This could lead to crippling storm surges in many places.

Paradoxically, these walls which are designed to protect people from the consequences of global heating also contribute to it. We estimated the emissions involved in creating north-eastern Japan’s concrete breakwaters at around six million tonnes of CO₂ by taking into account their size and length and using industry-standard tools.

So how can countries build stronger sea walls without making climate change worse? Following post-tsunami surveys of damaged breakwaters in southern Sri Lanka (2004) and north-eastern Japan (2011) with colleagues at Waseda University, and drawing from the University of East London’s low-carbon concrete research, we may have found an answer.

Concrete is the most common material for making breakwaters. Cement, the main binder in a concrete mix, is primarily made of clinker – a residue produced by firing limestone and clay in a furnace heated to 1,450°C. Creating that much heat is typically done by burning fossil fuels, emitting greenhouse gases in the process.

Cement making is responsible for about 7% of annual CO₂ emissions. But without concrete, many of the world’s most impressive buildings and structures – such as Australia’s Sydney Opera House and the Hoover Dam in Las Vegas – wouldn’t exist. One of the biggest challenges facing the construction sector is reducing concrete’s carbon footprint while keeping the benefits of a cheap and durable building material.

One way to achieve this is by replacing cement with recycled industrial waste, such as granulated slag from steelworks and pulverised ash from coal power plants (essentially, the residue that can be scraped out of the bottom of furnaces).

Our newly designed low-carbon concrete mixes use both of these recycled materials. In fact, it was possible to use up to 60% steel furnace waste in the mixes without the concrete losing its compressive strength, which is crucial for ensuring the structure holds up. The resulting mixes had a 40% smaller carbon footprint than traditional concrete.

Our designs also use steel fibres akin to hairpins that can be added to the concrete mix, eliminating the need to assemble vast steel mesh grids. The costs and emissions of construction are lower as a result, and the final product is just as strong as a traditional breakwater.

Concrete breakwaters can even stimulate biodiversity. Some are textured in such a way that they mimic reef habitats, encouraging the settlement and growth of marine plants and animals in their grooves and protruding surfaces.

Over time, even the best-designed breakwaters will crack. Miraculously, engineers have developed self-healing concrete that uses microorganisms capable of producing limestone to autonomously repair these structures. The idea of living organisms weaving through and repairing concrete, a material usually considered cold and lifeless, is very exciting to us.

There are likely to be even more sustainable concrete designs in the future, as 3D printing allows us to create more efficient patterns that use less material and produce less waste.

Using less to build more may worry coastal communities which live in fear of tsunamis, as sustainable breakwaters are likely to be thinner, smaller and curved instead of straight. Yet these structures are just as strong and show that the world can adapt to the effects of climate change without making it worse.