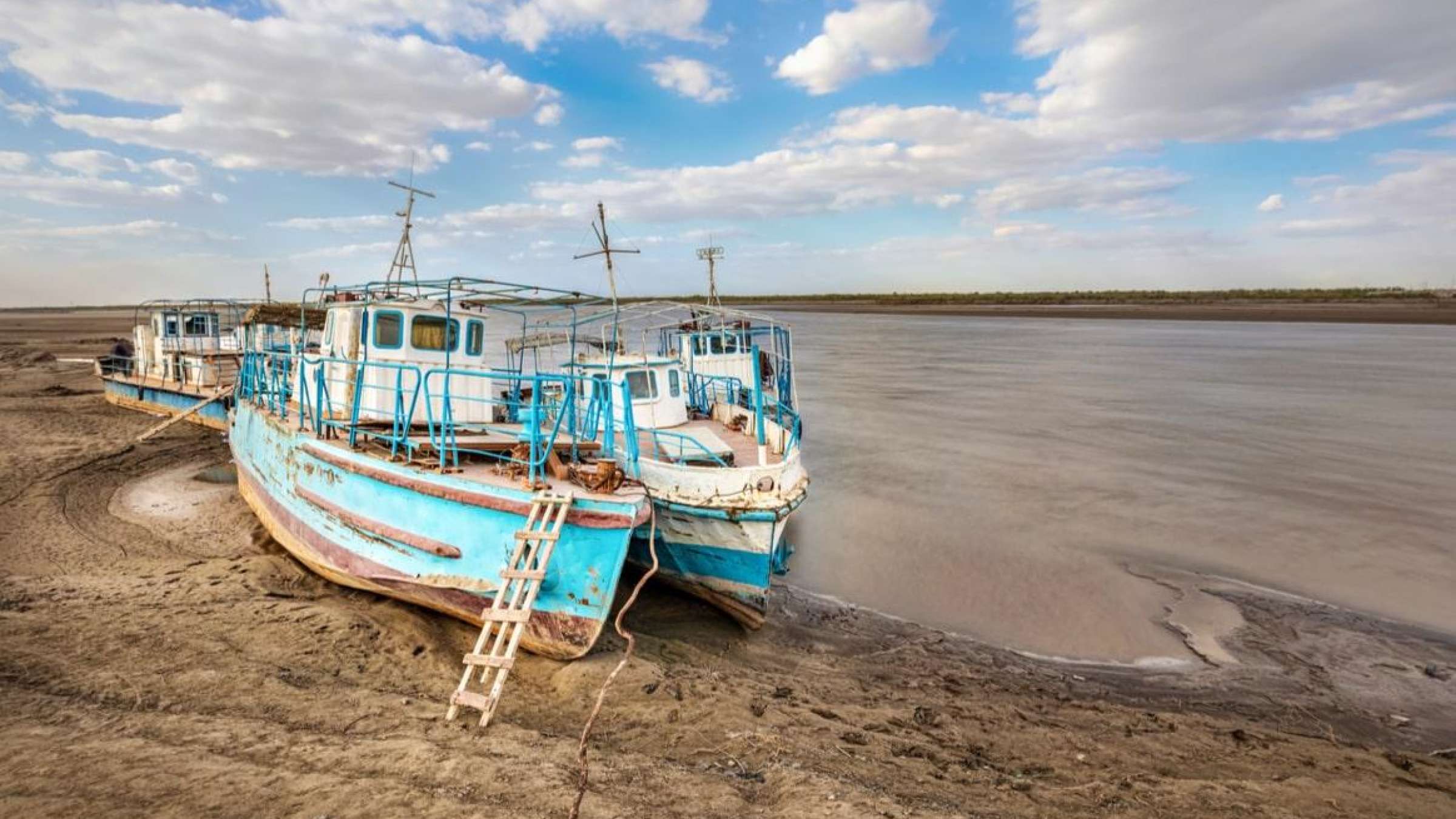 A severe drought in Central Asia is causing mass livestock die-offs and shortages of water for irrigation. In two provinces of Kazakhstan, more than 2,000 domesticated animals have died due to lack of water and forage. In Kyrgyzstan, farmers have staged multiple protests in the northern region of Chui because of a lack of water to irrigate their crops. The farmers say they are on the verge of losing this season’s harvest if the authorities do not supply them with water.

Distressing videos, such as this one sourced from the news portal Lada.kz, and used with their permission, show the difficult state of livestock in the region.

Similarly, water shortages in Uzbekistan have resulted in lost harvests and rising prices for seasonal vegetables. The drought in Uzbekistan’s Samarkand region has disrupted the supply of drinking water: lack of precipitation and the low water level of the Zarafshan River caused a drop in the groundwater level. The Uzbek authorities have enforced water rationing in Samarkand city, limiting public consumption to prevent a greater supply crisis.

In Turkmenistan, a regional weather website reported that this year’s drought in the southern and southeastern districts of the Ahal region is already the worst extreme weather event in 13 years. This is causing low pasture yields and a reduction in fodder for livestock.

A 2019 article in the International Journal of Climatology identified this as a rising trend. Heatwaves and droughts have increased in frequency over the last century, particularly after the 1990s. New records will be set and broken as these trends continue.

The drought has arrived as the region grapples with the third wave of Covid-19 amid low rates of vaccination.

Ben Orlove, a senior research scientist at the Earth Institute of Columbia Climate School, told The Third Pole that recent studies point to shifts in precipitation patterns in the Tian Shan mountains. These supply Central Asia with much of its freshwater for irrigation and pasture. “As the climate in the mountains warms, more of the precipitation falls as rain, rather than as snow,” Orlove said. “This shift is unfortunate, since snow melts slowly in the spring and summer, providing steady runoff, while rain typically runs off more quickly.”

He added: “Moreover – as the climate warms – pastures, crops and livestock all require more water for their survival, just at the time when water is becoming scarcer.”

Climate change also means precipitation is more variable from year to year. There will be more years of drought, with some years of heavier precipitation. “This variation often exceeds the capacity of reservoirs to provide a buffer of stored water which could compensate for these fluctuations,” Orlove said.

A recent study by Chinese scientists analysed snow cover in the Tian Shan mountains and how it is changing. They concluded that the snow line is moving upward across most of the Tian Shan range. “This is an expected response to climate change,” said William Colgan, senior researcher at the Geological Survey of Denmark and Greenland, a research and advisory institution, commenting on the study.

“For the glaciers of the Tian Shan, this means that the healthy zone, or net accumulation area [of snow coverage], is migrating upwards – year-round snow cover is clearly retreating to the highest elevations. Such a clear snow line response to climate change during the past two decades suggests that we can expect even more striking snow line retreat over the next two decades, when climate change will be more pronounced,” Colgan said.

Unfortunately, the region has an uninspiring history when it comes to dealing with environmental threats. The destruction of the Aral Sea has an ongoing negative impact on “regional microclimate and human health”, according to the United Nations’ Intergovernmental Panel on Climate Change. It states that salinisation resulting from the lake drying up meant 57% of croplands in Kazakhstan and about 20% in Kyrgyzstan lost productivity between 1982 and 2006. About 58% of grasslands in the region lost their vegetation productivity between 1999 and 2015.

Water remains a highly contested commodity in Central Asia. This was spotlighted in late April when Kyrgyzstan and Tajikistan engaged in hostilities after a fierce local water dispute on the undemarcated border.

A 2017 report funded by the Swiss Agency for Development and Cooperation stated that “despite a general commitment to cooperation, water policies in the region are mostly driven by uncoordinated national strategies. A combination of low water efficiency, negative externalities caused by unilateral action and competing national priorities have caused disagreements and contributed to political and diplomatic disputes between Kazakhstan, Kyrgyzstan, Tajikistan, Turkmenistan and Uzbekistan.” The report calculated the cost of inaction to improve water management in Central Asia amounts to USD 4.5 billion every year.

Researchers and experts believe that Central Asian governments still have options to mitigate extreme weather events in the region. “There are many options available to individual governments. They can support water-saving technologies. They can expand crop and livestock insurance (tied to seasonal and annual weather forecasts), which can support producers to make decisions that conserve water resources. They can promote land-use practices which conserve soil moisture. Such programmes are more effective when they are carried out in full collaboration with local organisations and communities,” said Orlove.

Indeed, the latest study on long-term vegetation change in the western Tian Shan mountains states that changing precipitation patterns and grazing pressure have an “important management and ecological implications for Central Asian mountain grassland ecosystem properties”. It recommends crops are chosen on the basis of adaptability to environmental changes, and land-use changes are promoted that help ecosystem function in mountain pastures.