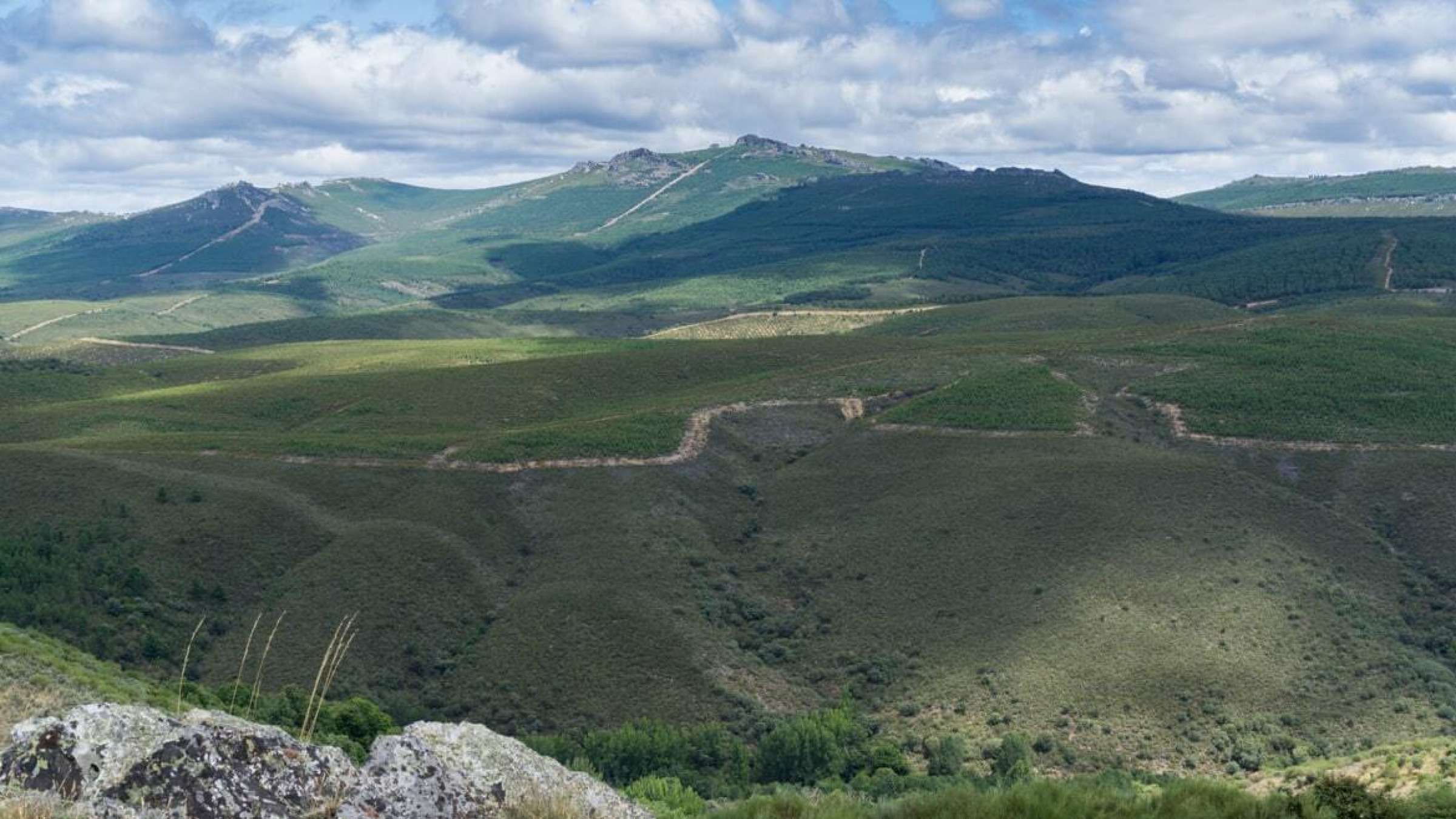 Riba-Roja de Túria is a municipality located in the National Park of Túria in Valencia (Spain) which represents one of the last remaining forestry lungs in its metropolitan area. The Túria Park also represents a clear example of the scarce and valuable Mediterranean riparian forests associated with the River Túria. It is rich in terms of biodiversity with the presence of Aleppo pines and Mediterranean scrubs, as well as in terms of traditions, agricultural landscape and local culture heritage related to ancient Valencian agriculture. Its classification as a Natural Park has ensured the conservation of all these values within a highly populated and industrialised area.

The area is composed of an increasing agglomeration of small cities with settlements scattered and intermixed with forested lands. In case of wildfire, this friction of urban settlements with (also referred as wild land) creates a potential exposure of structures and citizens that may entail tremendous consequences. Nowadays, these municipalities are overwhelmed by a situation consisting of a population growing remarkably in summer (during the peak of the fire season), mainly due to secondary residents, being surrounded with forests (lacking silviculture and management), with abandoned agricultural fields and with a serious lack of water.

The Riba-Roja de Túria municipality leads the GUARDIAN project, aimed to increase the Spanish municipalities’ resilience against the risk of forest fires through the implementation of green urban actions. The area to be protected has an extension of 35 hectares and is populated by about 15,000 inhabitants that are potentially affected by fires.

About 80,000 m3 of annual recycled water from the urban wastewater treatment plant is available in the area that could greatly improve the ability to cope with forest fires. In this context, a hydraulic infrastructure for an advanced treatment of wastewater is under development, with the aim to offer a defensive tool against forest fire risk and build forest fire resilience. Riba-Roja de Túria is also building green firebreaks (i.e. low flammability strips of vegetation) to increase the resilience of the area against the forest fires.

The municipality of Riba-Roja de Túria is subject to the growing risk of forest fires. These events are extremely exacerbated by different factors, such as climate change, agriculture abandonment, and insufficient forest management. Consequences are not only related to natural resources (loss of biodiversity, soil degradation) but also include risks for residents’ lifes, damages to city infrastructures, and decrease in air quality, and have a negative overall effect on the local economy (e.g. tourism). In the period 2000-2016, the municipality suffered 40 forest fires, which are becoming increasingly destructive due to the rapid urban development in the area. In addition, climate change is increasingly affecting the availability of water resources, which are vital in the prevention and mitigation of forest fires. Historically (1984-2013) and currently (2015 reference period), the region is affected by an annual reduction in precipitation rate of 5.5%; projections indicate a drastic decrease of annual rainfall during the century between -22.3 and -35.0% (corresponding to a reduction of 103 and 162 mm) depending on the selected time frame (short term or long term) and climate scenario. A significant increase in the annual number of days without rain is also projected, reaching more than 30 days at the end of the century, thus implying more persistent and severe drought events.

The main objective is to increase fire resilience in the area of Túria Natural Park, by applying sustainable water management principles. More than 35 hectares of “strategic nature” (i.e. green firebreaks and plant species with characteristics allowing to reduce fire risk) are planned to be managed in order to prevent fires at the urban-rural interface, protecting natural areas, biodiversity, agricultural land and the potentially affected population. The use of recycled water for fire extinction will also help in preserving water resources, in a future looking perspective. In addition, it is recognized that the protection against fires at the interface with urban areas (Wildland Urban Interface, WUI) is not only a fire-fighters’ responsibility. Both decision-makers and practitioners, working at the WUI, must learn to use integrated fire resilient strategies, such as implementing irrigation solutions and considering a sustainable water cycle, adjusting the water demand to the actual water availability. Therefore, raising awareness of the public in fire prevention and self-defence is another objective to be pursued.

Adaptation Options Implemented In This Case

Riba-Roja de Túria has developed a fire resilience strategy based on the use of recycled water to prevent and protect an area at the wildland-urban interface against fires. The strategy provides preventive, pre-suppression and extinction irrigation/soaking patterns automatically programmed to respectively: (i) increase fuel moisture anytime during the fire season, (ii) directly protect from fire flame during the preparedness stage in case a fire is declared nearby, and (iii) respond to fire event with direct water application.

To carry out this strategy three main actions of different nature are being implemented:

The hydraulic system is composed of a main tank of 500 m3 (the “Alpha” tank). It collects water from the Water Regeneration Station (WRS) and distributes it to 42 water cannons (e.g. irrigation and sprinkler towers) through more than 6,500 meters of pipes and four additional tanks. The treated water gets the Alpha tank by a pumping equipment located at the treatment station and a 63 mm diameter polyethylene pipeline. Based on a network of sensors, a monitoring and command system calculates the amount and spatial distribution of water needed to compensate soil moisture deficit, and automatically deliver it to prevent and protect from fires.

The reclaimed water coming from the WRS will also be used to improve the water quality of an existing wetland (“la Vallesa” pond), that is exploited as a natural emergency reservoir in addition to tanks. The area is catalogued as a protected wetland by the natural resources management plan of the Valencian Government. The Water Regeneration Station allows an advanced water treatment to eliminate water contaminants such as Chlorpyrifos, a common pesticide coming from the influent water, and guarantees the safe use of recycled water in the natural park. This will allow reducing the current load of suspended solids delivered to the wetland, thus minimising siltation processes, as well as to restore the whole hydraulic network in the surroundings. Some silvicultural actions in the area are also planned to keep it clean of alien vegetation.

Riba-Roja de Túria municipality is also building green firebreaks to increase the fire resilience of the area. Green firebreaks are low flammability strips of vegetation located in strategic areas of the territory to slow down or stop the progress of forest fires. The green fire breaks are made up of strategically planted fire-resistant trees. They get water from the hydraulic infrastructure to moisten vegetation in the area and form a thick green wall facing the prevailing wind to block the ashes and heat. Plant species are selected based on the following characteristics: low flammability, structural properties to reduce wind speed, fuel load reduction, ability to generate the growth and maintenance of fungi to improve soil condition, and a combination of herbaceous plants to favour soil moisture.

In addition, the Riba-Roja de Túria municipality is engaged in awareness raising campaigns to train citizens in fire prevention. The training sessions target both residents and schoolchildren living near the fire risk zones. The residents are being skilled about fire prevention and how the hydraulic infrastructure can minimise fire risks, including a demonstration of the water cannons being installed throughout the area. As part of these training sessions, the city is also holding workshops on fire resilient gardening to further develop citizens’ skills in fire prevention. The schoolchildren, aged 6 to 11 years old, are taught about climate change, including its causes and effects, and the consequences fires can have on homes depending on the fire resilience measures adopted.

Finally, the municipality of Riba-Roja de Túria has successfully developed an Action Plan for an integrated solution to reduce fire risks while providing a safe natural environment for citizens. A list of indicators and target values has been set to measure the success of the implemented measures: minimum surface area for silvicultural treatments (105 ha), minimum water quality standards of the regenerated water from the treatment plant (pesticides like chlorpyrifos concentration in recycled water, with a target of <0.03 μg/l) and minimum number of inhabitants and residential areas protected by the overall fire defence system. This plan allows to constantly and increasingly monitor and report on progress and efficiency of the implemented measures.