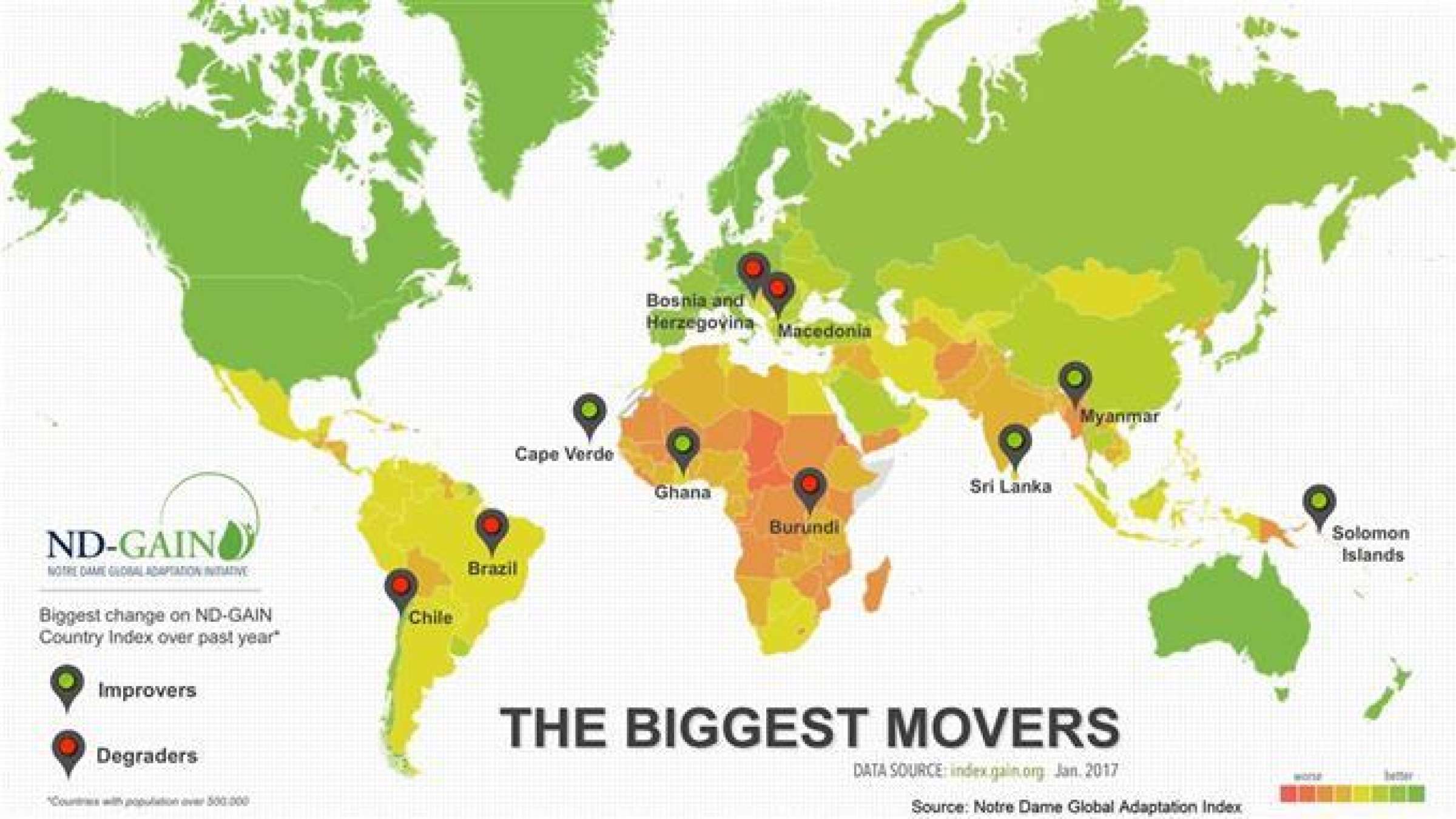 The latest data released by the Notre Dame Global Adaptation Initiative (ND-GAIN) shows governance is a major factor for countries improving preparedness for climate change. The annual ND-GAIN Country Index ranks 181 countries on vulnerability to extreme climate events such as droughts, superstorms and other natural disasters as well as readiness to successfully implement adaptation solutions.

“Political changes bring opportunities for countries to improve on the overall stability of the country with regard to climate issues,” said Patrick Regan, associate director of Environmental Change Initiative for ND-GAIN and professor of political science at the University of Notre Dame. “At a time when adaptation to climate change is critical, this data shows that policy makers are a key component to ensuring countries large and small are prepared to face potentially devastating natural disasters.”

The findings will be shared at the United Nations World Data Forum in Cape Town, South Africa, Jan. 15-18.

ND-GAIN’s full country ranking as well as country profiles and visualization tools are available at index.gain.org.

The ND-GAIN Country Index aims to unlock global adaptation solutions that save lives and improve livelihoods while strengthening market positions in the private sector and policy decisions in the public sector. Measuring not only vulnerability but also the readiness to take on investment, it informs strategic, operational and reputational decisions regarding supply chains, capital projects and community engagements. The index includes 21 years of data across 45 indicators for 181 countries. ND-GAIN is housed in the Environmental Change Initiative of the University of Notre Dame.