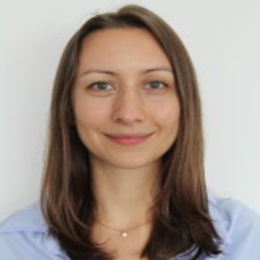 Karlee Johnson is a Research Associate at the Stockholm Environment Institute’s Asia Centre in Bangkok. She has a background in international development and disaster risk reduction, with a specialization in Southeast Asia. Her current work focuses on the interlinkages between development, disaster risk, and climate change, improved risk reduction strategies for vulnerable groups, including women and people with disabilities, and the role of culture in shaping risk interpretation and response.

In Southeast Asia, many people with disabilities are subject to socio-cultural stigmatization, which causes some families to keep their family members with disabilities at home. This may be done to protect them from discrimination, or in other cases, to avoid causing shame or embarrassment to the family in public spaces.

The vulnerability of people with disabilities is magnified when a disaster strikes. For example, shelters may not be accessible to wheelchair users, and hearing-based early warning systems exclude people who are deaf. Furthermore, sexual abuse against women and girls with disabilities increases in disasters and other crisis situations.

However, clear, operational guidance on how to achieve inclusion within DRR at national and local levels needs to be further developed. Currently, many DRR actors have limited knowledge on how to support people with disabilities and lack the skills and awareness needed to mainstream disability in their DRR practices.

An ongoing Global Resilience Partnership-supported project entitled Disability and Disasters seeks to promote disability-inclusive DRR (DiDRR) in Thailand, Cambodia and the Philippines. It aims to empower people with disabilities to take active roles in shaping DRR policy and practice.

The project has adopted a multi-stakeholder approach, facilitating collaboration between people with disabilities, Disabled People’s Organizations (DPOs), policymakers, DRR organizations and emergency responders to co-develop solutions for inclusion. A series of DiDRR trainings and toolkits are being tested and refined with these stakeholders, with the potential to be scaled up to other countries in the region.

Safe spaces need to be created where DRR and disability stakeholders can come together to have an open dialogue on their respective needs and strengths in implementing inclusive DRR. In such settings, DRR stakeholders can learn more about the challenges people with disabilities face during disasters. And people with disabilities can gain access to important risk knowledge to better prepare themselves for future hazards and disasters.

Genuine collaboration between these stakeholders is key to ensuring that DRR strategies are both effective for reducing risk and saving lives, and responsive to the needs of people with different types disabilities.

It goes without saying that to achieve truly disability-inclusive DRR, people with disabilities must be at the forefront of these efforts.