Regan Pairojmahakij: "Women are the guardians of the forests"

Regan Pairojmahakij, Center for People and Forests, the

Regan Pairojmahakij works with RECOFTC to mitigate and adapt to climate change by building healthy forests and thriving forest communities. Her entry point is community forestry, and her approach is both landscaped-based and inclusive. She’s hopeful that by sustainably managing forests and listening to the wisdom of indigenous women, we can find solutions to cope with climate disasters.

She has spent the past 15 years researching and implementing projects that build the capacity of forest communities to manage their forests and build their resilience to economic, environmental and other shocks.

“When it comes to issues of adaptation, women, elderly people, Indigenous Peoples, and lower caste groups that are disadvantaged and marginalized pay a disproportionately high price for climate change,” she says. 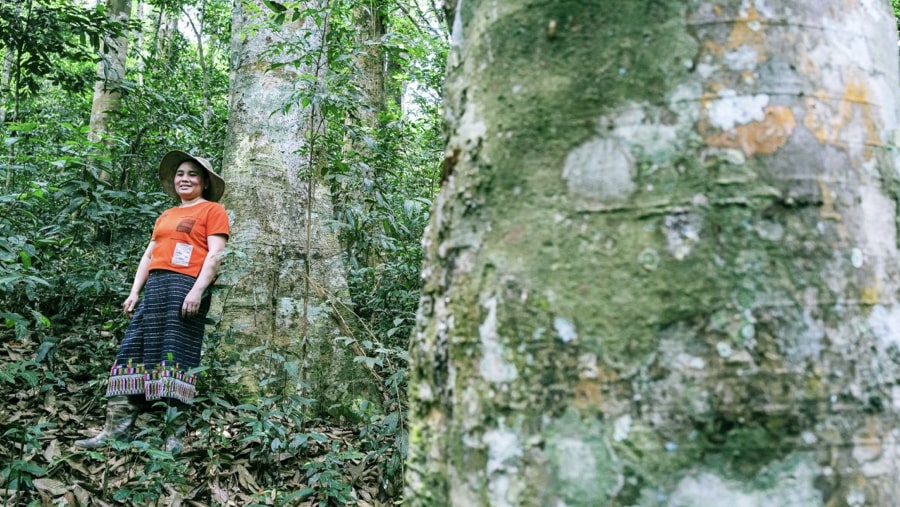 Over the past decade, Regan has seen a shift in how women participate in the discussion about climate change. She says women have driven this change along with donors and international financing institutions. She also sees growing demand for including gender in climate-related safeguarding systems.

“The attention to safeguards fosters a normalization of gender inclusion by NGOs and project proponents, and demonstrates an evolution in thinking that underpins donors and their requirements,” she says. “It also works on a practical level and community level.  The links between social inclusion and increasing the adaptive capacity of vulnerable groups make a lot of sense. It’s about putting women in the driver's seat of sustainable natural resource management.”

Regan says she has seen firsthand the impacts of women’s empowerment in conservation with women-led community forest groups formally recognised by Nepal's Ministry of Forest and Environment and Department of Forest and Soil Conservation.

“We saw a transformation with the increased recognition of the women leading the Bishnupur community forestry user group in Sarlahi District. As the decision-makers, as the ones who are generating international interest, generating the funds, bringing the foreigners and the visitors. These things raise their confidence, their profile and their standing in the community.”

Regan says the political engagement of the women from that project has led to new ideas in political parties at the district and provincial levels. She says these are unintended spin-offs and so-far unquantified benefits of making women the leaders of the project.

She is pleased that sustainable natural resource management has become central to the discussion about climate change and disaster management. Through her work, she has been piloting and presenting the case for the benefits that forests bring, including in building community and environmental resilience.

“In the context of climate change, forests offer a kind of micro-climate.”

Fighting floods our way: Women in Sarlahi unite to protect their community.

“In the context of climate change, forests offer a kind of micro-climate,” she says.  “They increase the humidity in the air, making it more temperate. Forests reduce the impacts of high temperatures in places like Nepal. Spikes in heat during the hot season limit the number of working hours because it’s just too hot.”

As the region braces for more extreme temperatures and longer droughts, Regan says farming-based economies are vulnerable to disasters, especially when decades of bad practice have already stretched ecosystems to the brink.

“Most countries in the region are agrarian and agriculture based,” she says.  “Soil fertility is the glue of Asian society, literally and figuratively. But soils are degraded and they’ve been overexploited by farming.”

“Forests have been denuded,” she says. “This has major implications for the leeching of the nutrients and overuse without the replenishment of nutrients or natural fertilizers in the soil.”

Regan says deforestation, floods and the introduction of water dependent commodity crops such as sugarcane and maize have combined to throw the water cycle out of balance and draw down vital water resources. 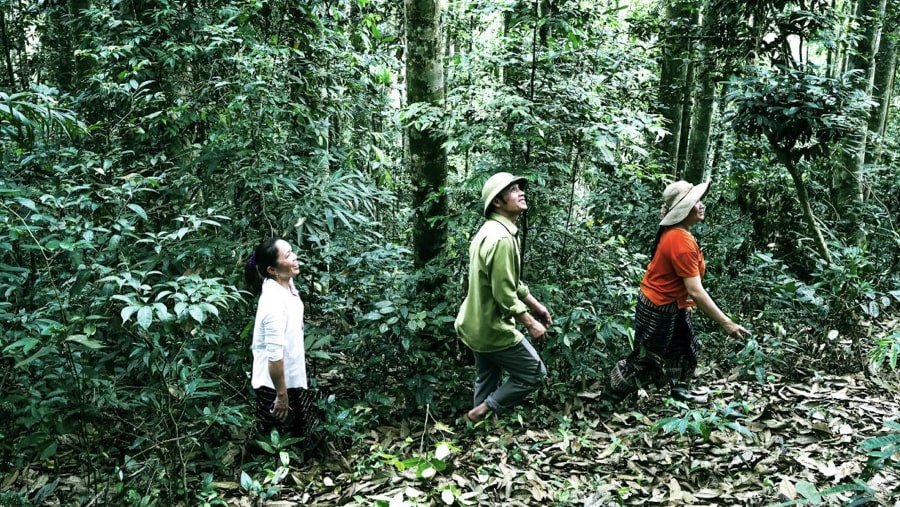 Regan says forests could play a key role in how communities cope with disasters such as droughts.

“Drought and water scarcity are growing issues felt across the board,” she says. “Trees and forests respond to flooding issues and drought by serving as a kind of reservoir to stabilize the overall cycling of water.”

Beyond the positive impact on water systems, Regan says forests can also be a source of income for communities.

“We cannot see forests in isolation,” she says. “We have to look at the links with other sectors within landscapes, such as agriculture and infrastructure and consider the nature-based solutions that forests can provide. Forests foster adaptive resilience in a variety of ways; forests increase people's financial resources and their ability to withstand disasters.”

Regan says that this positive relationship with conservation can only thrive when communities have legal rights to the forest.

“Poverty combined with insecure land tenure creates an inevitable spiral of degradation,” she says. “You do not have incentives to invest in land that is not yours over the long term. State actors or somebody else can turn around and claim it at any time. This risk is greater for women who rarely have legal ownership of land.”

Without legal rights to the land, the forests get eroded as people look for more land to farm or harvest fuelwood and timber. Regan says the dominant economic forces mean that sustainable management of natural forests can have a tough time competing as a land use without supporting financial incentives.

“The financing that you're going to get from a forest left standing doesn't stack up in favor of forests.”

“You will receive greater income or revenue from that forest being felled and being converted to oil palm, rubber or sugar cane,” she says. “The financing that you're going to get from a forest left standing, the simple mathematics which everybody can do doesn't stack up in favor of forests.”

She says global supply chains feeding consumer demands are enabled by national policies that sometimes undermine climate targets, and local banks that give loans for commodity production that often is not sustainable. Regan says women are typically not involved in these policy formulation processes but are significant stakeholders in experiencing the detrimental environmental impacts.

“Consumers are the prevailing drivers of unsustainably, non-transparently produced commodities,” she says. “The question is the decision-making; the power for conversion of those lands, too often that power does not sit with women. Though women have considerable potential influence as global consumers.” 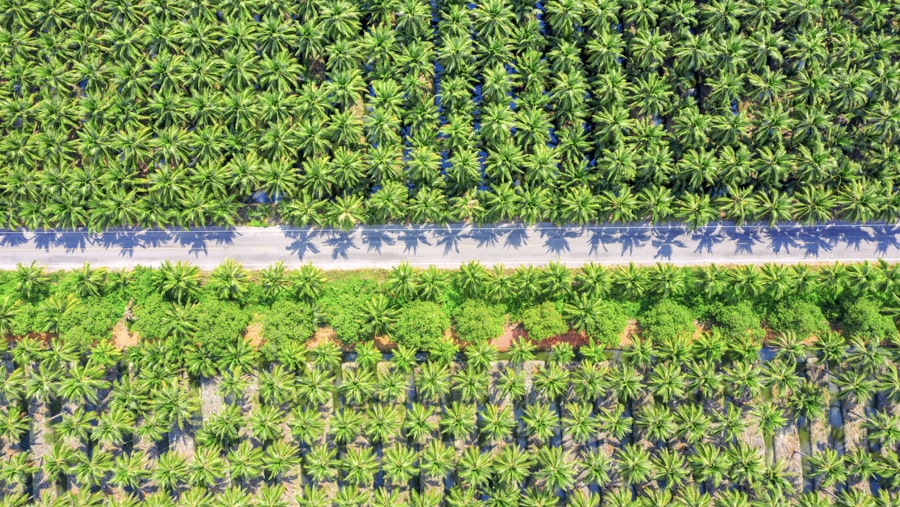 Regan says she has seen progress in policymaking to address these threats of deforestation, especially in Thailand where much of her recent work has focused. But she says there is a complex web of competing political and economic incentives that can undermine sustainable natural resource management.

“The decision-makers and the policymakers in a lot of those departments understand these issues and they design enlightened policies,” she says. “The challenge is in the coordination and prioritization of resources between agencies.”

Despite a number of good climate and land-use policies, at the end of the day she says that financial interests can override these because there is not enough consumer demand for sustainable products.

“While you might have the Ministry of Natural Resource Management being enlightened with their policies, the real clout lies with the Ministry of Finance and the financing agencies. It all depends on how much they are sensitized to climate interests or aligned with sustainable land management.”

While national level discussions on mainstreaming climate goals, sustainable development goals and biodiversity conservation have deepened in recent years, Regan says there are still barriers to effective inter-sectoral collaboration in the region.

Regan hopes that as women take leadership roles in the region, a more inclusive dialogue will emerge. She says it is already happening at a local level. As women play more visible roles in forest management, their knowledge is being recognized and valued.

“There has tended to be an assumption that women are disempowered when it comes to decision-making processes related to forests,” she says. “In fact, in many cases women are the most knowledgeable about forest biodiversity and they are typically the guardians, the stewards of natural resources.” 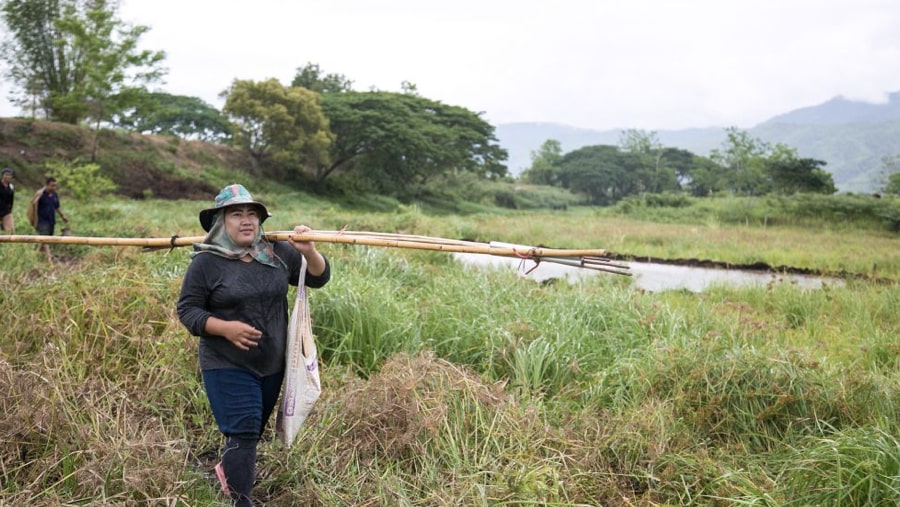 Women from the Boon Rueang community were crucial in the effort to convince the Thai government to stop a plan to industrialize the 483-hectare wetland forest they cherished and depended on.  READ MORE Source: RECOFTC

She says this wisdom women carry about forests is invaluable and that it is critical to how societies adapt to changing climatic conditions and the discussion about disaster preparedness.

“Women know which plants treat illness and which plants can be used for dyes, medicines or food that you can turn to in the case of drought or famine. In times of shock, whether it's an economic crisis, a pandemic or climate disasters, communities and especially women have turned to forests for so many solutions.”

Regan was inspired by

Regan Pairojmahakij works with RECOFTC to mitigate and adapt to climate change by building healthy forests and thriving forest communities. Her entry point is community forestry, and her approach is both landscaped-based and inclusive. She’s hopeful that by sustainably managing forests and listening to the wisdom of indigenous women, we can find solutions to cope with climate disasters.