Nonticha Wansawang: “Drought is the main challenge in our changing climate” 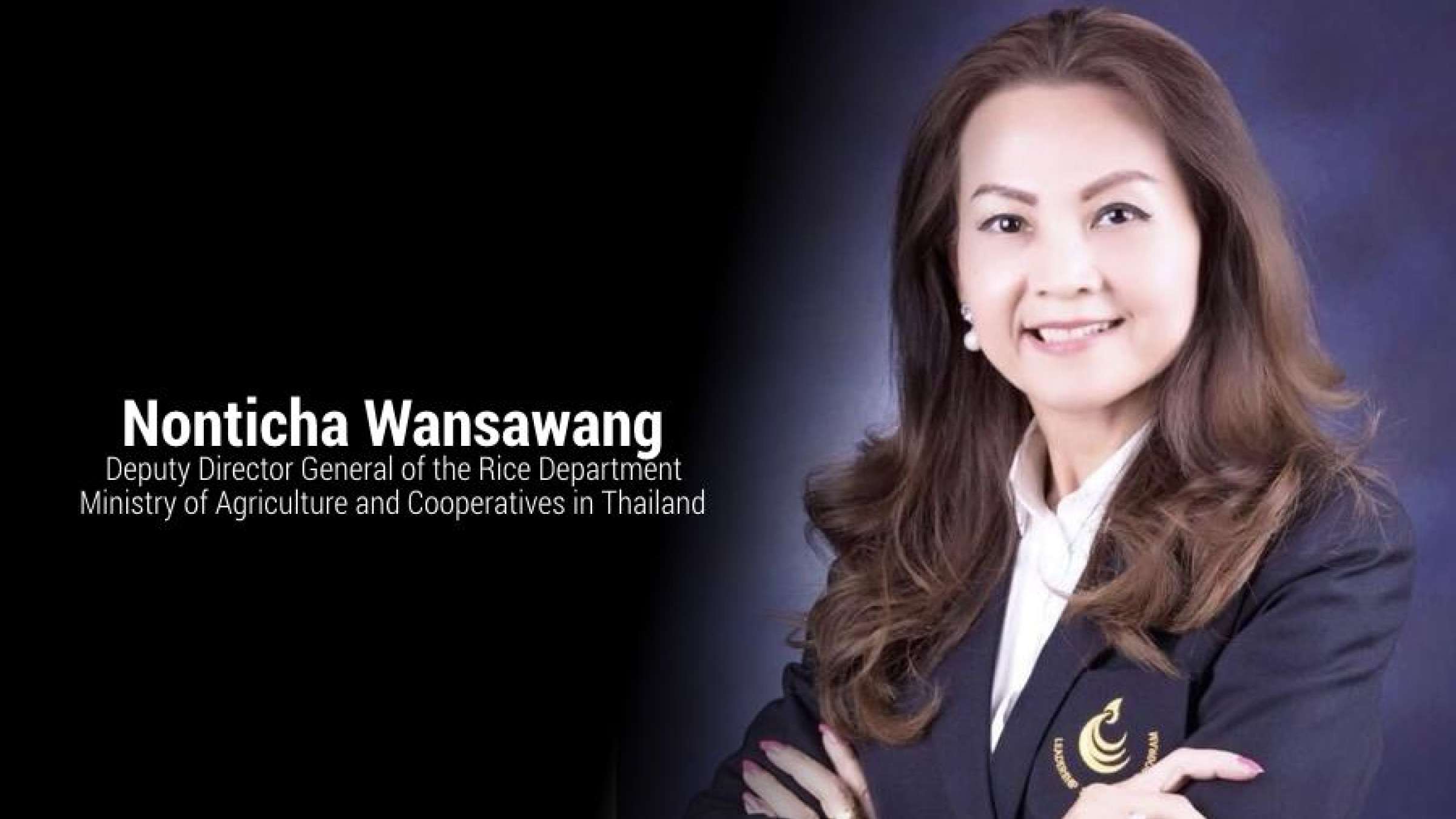 Nonticha says planning for climate disasters like droughts is critical but it has to be more than a government plan. “We need a systemic implementation, good follow-up actions and a flexibility to adjust the plan as required,” she says.

Climate change is at the center of her work.

“Rice production is at the top of the list of factors contributing to greenhouse gas emissions.” she says.

She says creating awareness among farmers is a priority and the ultimate goal is to get farmers involved in solutions to climate change. “Farmers are not aware of how their activities contribute to greenhouse gas emissions, they only care about earning their living,” she says. “This becomes a challenge for the executive body of agriculture to make them aware that their actions will affect the planet and will one day affect their lives. There is a saying: “Pick a flower on earth and you move the farthest star.’”

Nonticha says the impacts of climate change are not in the distant future but realities Thai farmers are facing now.

“The main challenge is drought,” she says, “which is a result of climate change.”

“The main challenge is drought which is a result of climate change.”

A collaboration with GIZ and the Rice Department maps drought vulnerability and risk assessment data. Nonticha says 3.6 million households working in the agricultural sector, more than or 16 million Thai people, are affected by droughts related to climate change because farmers rely on rainfall and its distribution during the rice growing season.

“Seasons have changed in unpredictable ways,” she says.

The two kinds of rice that farmers typically grow in Thailand both depend on regular rainfall, for the fields and irrigation systems.

Nonticha says her department recommends to farmers to plant just once a year to avoid the more extreme droughts and unpredictable seasons. While their suggestions are not legally binding, it opens a conversation with farmers about smart use of water in rice cultivation.

The community discussions on drought lead to a dialogue about how to best adapt to the new climate realities.

“We recommend to farmers which seeds are suitable and we share good practice in cultivation that uses less water.” Beyond the discourse about rice seeds and high water efficiency best practices, Nonticha said that they also encourage farmers to avoid dependence on expensive inputs that rely on fragile supply chains and increase the carbon footprint of the produce. “Another action linked to climate change is the attempt to reduce the use of chemical fertilizers,” she says.

“Our vision is to promote women’s roles and make them proud that by being more engaged, they have become part of the government sector.”

Nonticha says the community engagement has helped women become leaders and essential partners at the local level.  “In some areas, women are the head of the local mechanism,” she says. “Our vision is to promote their roles and make them proud that by being more engaged, they have become part of the government sector. They represent the central government in disseminating knowledge.”

Empowering women in rural communities makes it easier for women to see the ways they can find solutions to climate adaptation.

“It is also essential to raise awareness among women leaders that climate change and global warming are issues of their concern,” she says. “Without this, they would not know that their roles are vital.”

Nonticha says that women are invariably the key decision-makers on every family farm in Thailand.

“It is also essential to raise awareness among women leaders that climate change and global warming are issues of their concern. Without this, they would not know that their roles are vital.”

Her team uses data to map what is working for rice farmers in terms of income, water-use and inputs and then disseminates that knowledge.

She believes that it is critical for Thai farmers to prepare for the unavoidable impacts of climate change, and that this information will help them do so.

“The impacts of global warming will absolutely affect their lives,” she says

“Good planning is not enough. We need a systemic implementation, good follow-up actions and a flexibility to adjust the plan as required.”

Nonticha says planning for climate disasters like droughts is critical but it has to be more than a government plan.

“Good planning is not enough,” she says. “We need a systemic implementation, good follow-up actions and a flexibility to adjust the plan as required.”

She says one silver-lining of the pandemic has been a restoration of respect for rural living and small-scale farming. “The economic ruins from COVID-19 showed us that the agricultural way is the most sustainable one,” Nonticha says. “People can rely on themselves if we adopt the philosophy of a sufficient economy to support our lives.”

“The economic ruins from COVID-19 showed us that the agricultural way is the most sustainable one.”

“The philosophy of Sufficiency Economy of His Majesty the late King Bhumibol, living moderately and sufficiently, regains usefulness and importance,” she says.

While the pandemic disaster has presented many challenges for Thai farmers, Nonticha says some farmers have used increased digital connectivity in the supply chain to share information and new markets.

“There are more online and electronic channels for farmers to sell their products,” Nonticha says. “This is an opportunity amidst the crisis for farmers. They are learning how to use online platforms like Line or Facebook to replace the old way of selling in the community market.”

Nonticha says this increased digital literacy is an avenue to share information with farmers about drought and disaster preparedness. This digital access also means that women can continue to play a leading role in disaster and climate planning at the local level.

Nonticha Wansawang is the Deputy Director General of the Rice Department with the Ministry of Agriculture and Cooperatives in Thailand. She helps farmers prepare for climate change by building a network that shares knowledge about how to adapt to droughts and access information during disasters.