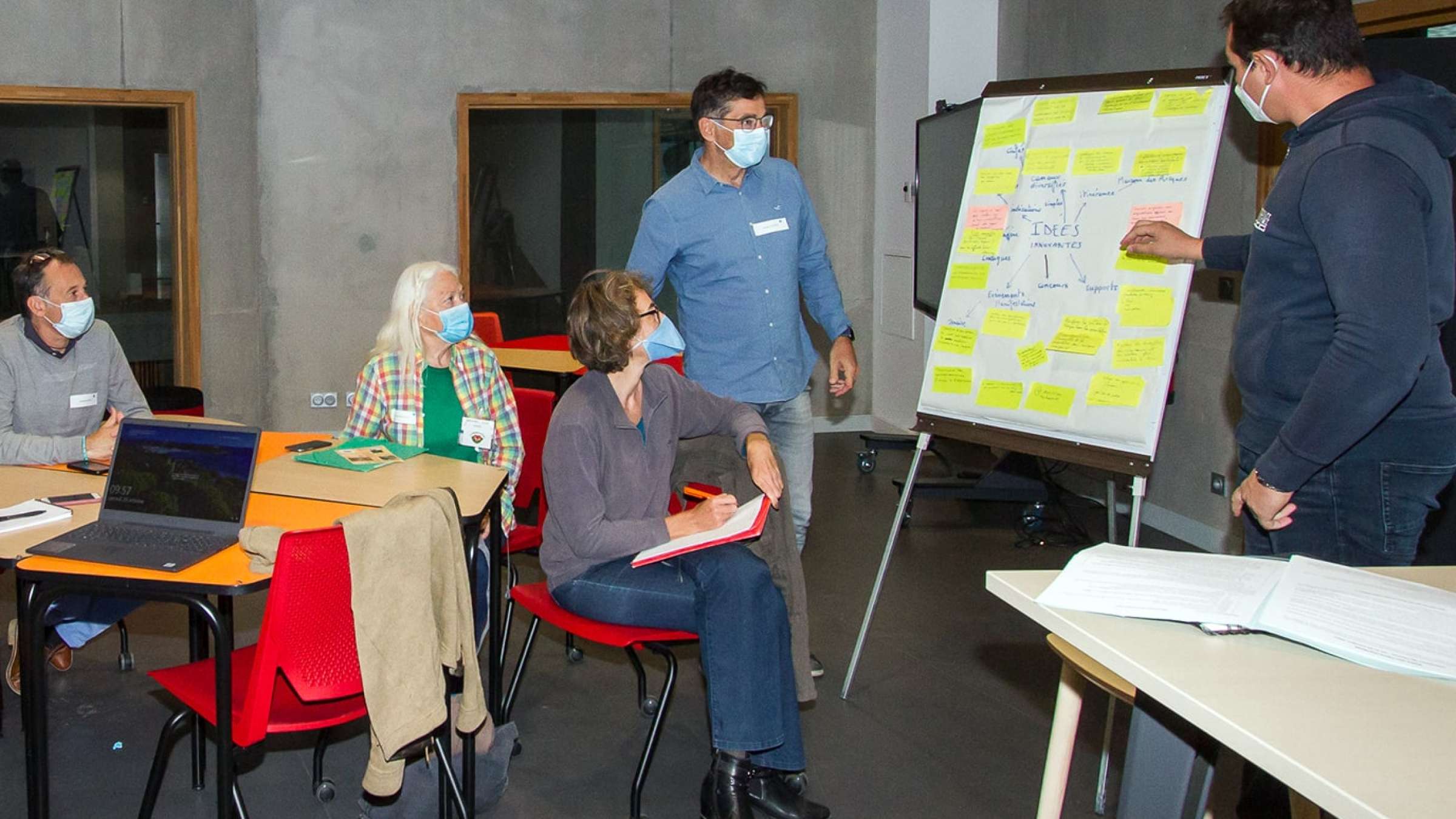 As the first city in France to join the Making Cities Resilient 2030 initiative, Cannes, on France’s Mediterranean coast, is a European leader in its commitment to environmental action. Last October, the city convened the Cannes Climathon 2021 to explore innovative solutions for climate hazards and disaster risk reduction.

Climathon is an international movement, orchestrated by the European knowledge and innovation community EIT Climate-KIC, to engage cities and citizens in climate action. It uses an intensive, participatory process to lay the foundations for tangible projects, impact-driven start-ups and long-lasting conversations with decision-makers around city plans and policies.

The fourth edition of the Cannes Climathon brought together 33 participants, including 22 citizens making up four teams, nine of whom were members of the municipal civil security reserve. For 24 of the participants this was their first Climathon; and eleven had direct personal experience with climate-related hazards, having been impacted at home or at work by floods in 2015 and 2019.

During discussions on how to make the territory more resilient to major risks, the four teams presented their disaster risk reduction concepts:

First to present its solution was ‘A-Team’, which proposed establishing a telephone-based information unit to inform and reassure people during extreme climate events and coordinate all public and private initiatives able to assist those affected after a disaster.

The second team, ‘Protector’, focused on local communication about major risks. They proposed creating a network to raise awareness in the most exposed areas. The network would mobilize local participants to communicate messages, and former disaster victims who could give testimony and practical advice.

Next came ‘Storm 5’, who aimed to entrench a culture of risk awareness in the daily practice of residents by holding cultural meetings in tsunami refuge areas to provide risk information. The idea is to anchor a culture of risk awareness in our daily practices by making the refuge points places of assembly, gathering citizens for one-off socio-cultural and recreational events, including risk-education flash mobs.

Finally, the team ‘R.I.S.C’– the Réseau d’Information et de Sensibilisation  Cannois (Cannes Outreach and Communication Network) – proposed a virtual and mobile ‘risk culture house’ bringing together all existing major risk awareness activities in an accessible platform. The aim is to reinforce the culture of risk in residents’ daily routines.

A springboard for participation

While Climathon 2021 focused on major risks, previous Climathons explored mobility, waste, agriculture, and food. The city of Cannes mobilizes its citizens through these activities, which act as springboards for greater participation in new environmental initiatives.

The initiative is inspiring to other cities willing to engage city officials and citizens in this collaborative approach to finding innovative, community-based ways to strengthen resilience and disaster preparedness. As a member of the UNDRR MCR2030 initiative, Cannes stands ready to share this and other best practices in climate resilience, at the same time learning from this global network.

Cities in the MCR2030 benefit from shared information and experience on how to apply innovative solutions to achieve sustainable growth and improve their citizens’ quality of life.

Violent floods in October 2015, and then twice in 2019, raised the priority of risk prevention, crisis management and resilience systems development in Cannes. The city administration went on to set up a Communal Safeguard Plan and, in January 2016, launched France’s first Communal Plan for the Prevention of Terrorist Risk.

The city has reinforced its alert systems, installing 300 loudspeakers to broadcast emergency messages. A remote alert tool – Cannes Alerte – broadcasts automated voice and SMS messages to residents in the event of an imminent major risk.

Since early 2020 the city has been carrying out prevention missions within the population through its municipal civil security reserve, currently comprising 75 volunteers.

The Municipal Safeguard Plan’s operational systems are regularly put to the test, with exercises on all types of risk, simulating real conditions, two to three times per year.