Reduction of vulnerability to disasters: From knowledge to action 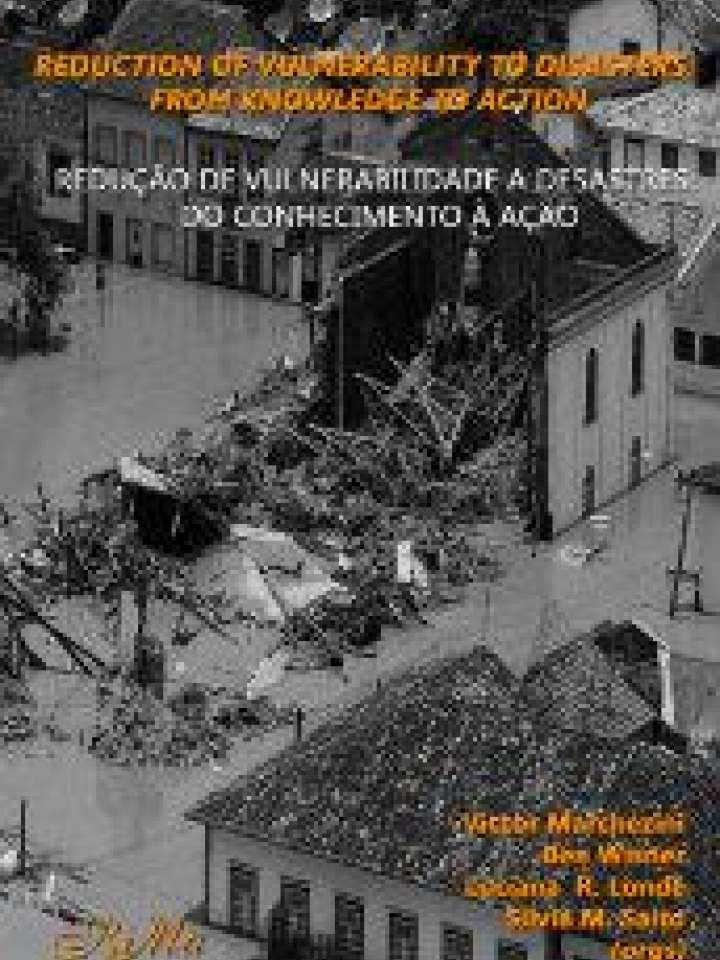 This book aims to provide examples of frameworks that encourage attention to the multidimensionality and complexity of disaster vulnerability. The book is also meant to promote the debate in Brazil and across the Americas about disaster vulnerability, by analyzing its social, economic, environmental, political, technical and institutional dimensions.

The book has 87 contributors with 28 chapters, beginning with a preface by Allan Lavell. The book uses cutting edge political ecological analytical frameworks such as Progression of Vulnerability (PAR) developed originally in Blaikie et al. 1994 and subsequently expanded and revised, and Forensic analysis of disaster (FORIN) developed by a team at the IRDR Beijing under sponsorship of the International Council for Science. Qualitative and quantitative approaches are represented, such as the Social Vulnerability Index (SOVI), which is applied to Brazil. The final section addresses some sustained efforts to improve disaster reduction research, policy and action. These and other contributions are in English; whilst some others are in Spanish and Portuguese.

Whist several gaps remain, this book is an important bridge between Brazil and the rest of Latin America, involving authors, reviewers, scientists, practitioners, policymakers and other stakeholders interested in this theme. This is an ongoing effort to find routes to reduce vulnerabilities, with new chapters, space for comments and opportunities for revisions planned for the future.