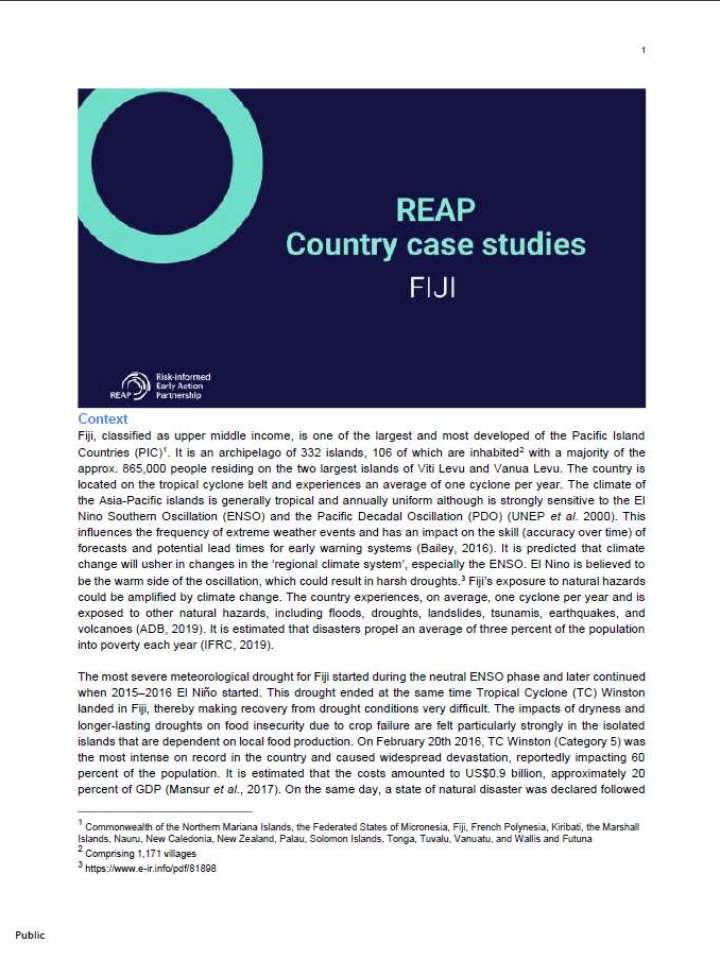 This report provides an in-depth analysis of the policy enabling environment for early action in Fiji, alongside nine other REAP country case studies and brought together by the summary report Anticipatory Action: The Enabling Environment.

Fiji experiences, on average, one cyclone per year and is exposed to other natural hazards, including floods, droughts, landslides, tsunamis, earthquakes, and volcanoes. It is estimated that disasters propel an average of three percent of the population into poverty each year. While there are few examples of anticipatory action programmes being implemented in the region, there appears to be an appetite in the principles and the components of anticipatory action, such as risk finance. There is interest in developing further the concept of anticipatory action and forecast-based financing. Currently it is viewed as a humanitarian initiative within the mandate of humanitarian agencies, but could be incorporated into climate-smart resilience and longer-term disaster risk reduction plans.