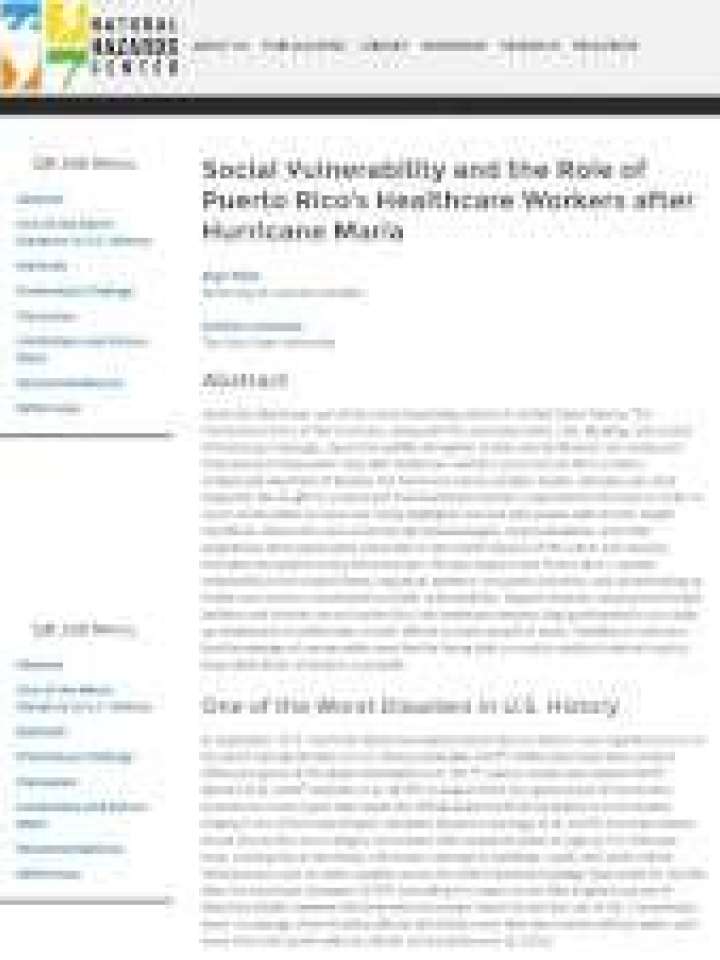 Children who experience natural disasters are at risk of developing symptoms of post-traumatic stress disorder (PTSD), anxiety, and depression. In this study, 109 children in Grades 3–12 were recruited from private and public schools on the island of Saint Thomas in the U.S. Virgin Islands, where two Category 5 hurricanes hit in September 2017. Three months after the hurricanes, participants completed questionnaires that asked about their experiences during and after the hurricanes, their social support, the use of various coping strategies, and their current psychological functioning. Almost half (47 percent) of the children reported moderate or severe levels of PTSD symptoms, with 24 percent reporting clinically meaningful levels of internalizing symptoms (i.e., symptoms of anxiety and depression).