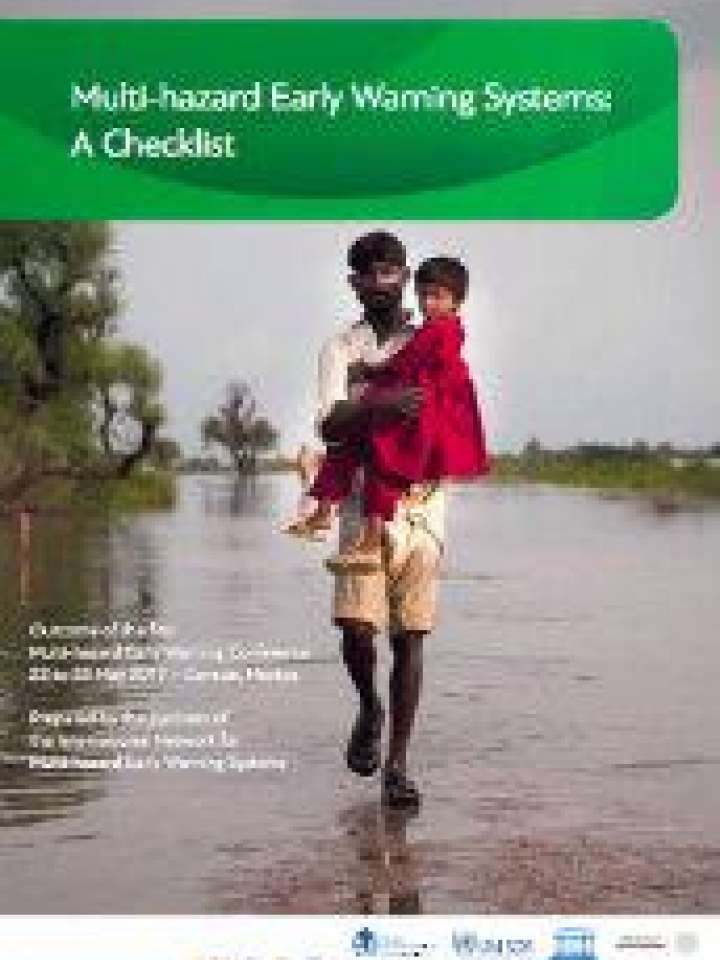 The checklist, which is structured around the four key elements of early warning systems, aims to be a simple list of the main components and actions to which national governments, community organizations and partners within and across all sectors can refer when developing or evaluating early warning systems. It is not intended to be a comprehensive design manual, but instead a practical, non-technical reference tool to ensure that the major elements of an effective early warning system are in place.

The document is broken into two interrelated parts that should be read in order. The first section provides useful background information and overarching issues important to early warning. The second part is a series of practical checklists of actions and initiatives that should be considered when developing or evaluating early warning systems.