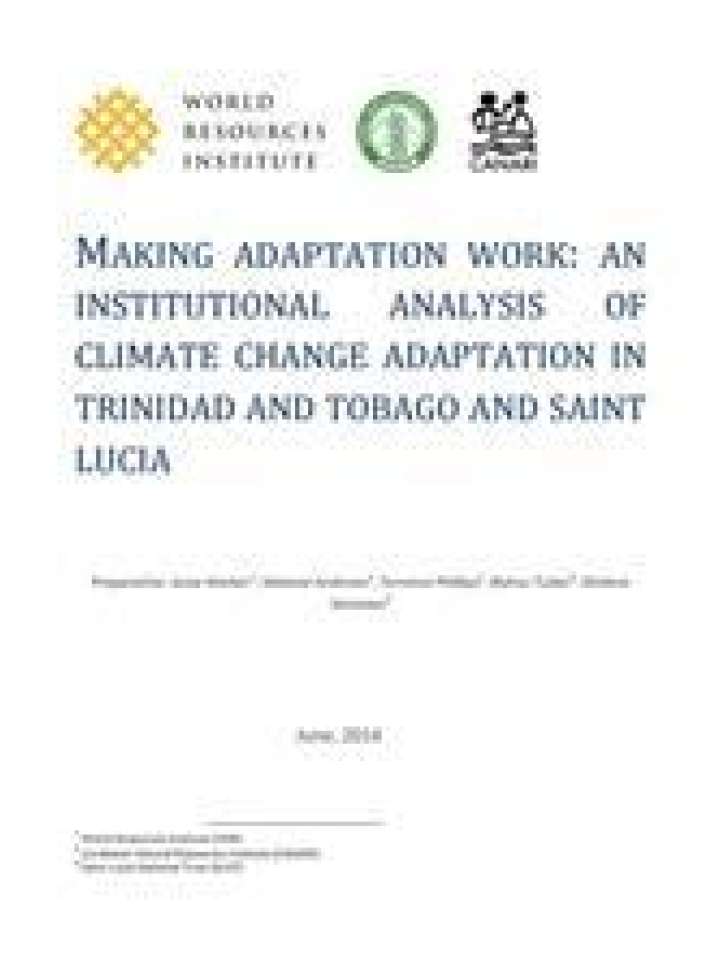 This ARIA institutional analysis of climate change adaptation in Trinidad and Tobago and Saint Lucia provides researchers with a snapshot of how key institutions function. While both countries are middle to high income, and thus have some amount of adaptive capacity, as small island states in a disaster-prone region, they are exposed to tropical storms, sea level rise, coral bleaching and acidification, and are projected to face increasing temperatures and reduced annual average rainfall.

Both nations have contributed two national communications to the UNFCCC and have developed climate change adaptation policies. They are also both part of CARICOM, which has developed a regional implementation plan. However, vulnerability needs to be more thoroughly assessed in Trinidad and Tobago, and both countries can do more to assess socioeconomic and political drivers of vulnerability. Both countries need to develop an inventory of adaptation activities, including projects, programs, and efforts to integrate adaptation into sectors. This inventory can help provide learning, reduce duplicative efforts, and increase transparency to the public.

This technical report is of use to decision makers in Saint Lucia and Trinidad and Tobago, as well as other small states, through its assessment of the current state of adaptation in both islands and specific institutional, educational, political and capacity based roadblocks to adaptation.