Global fatal landslide occurrence from 2004 to 2016 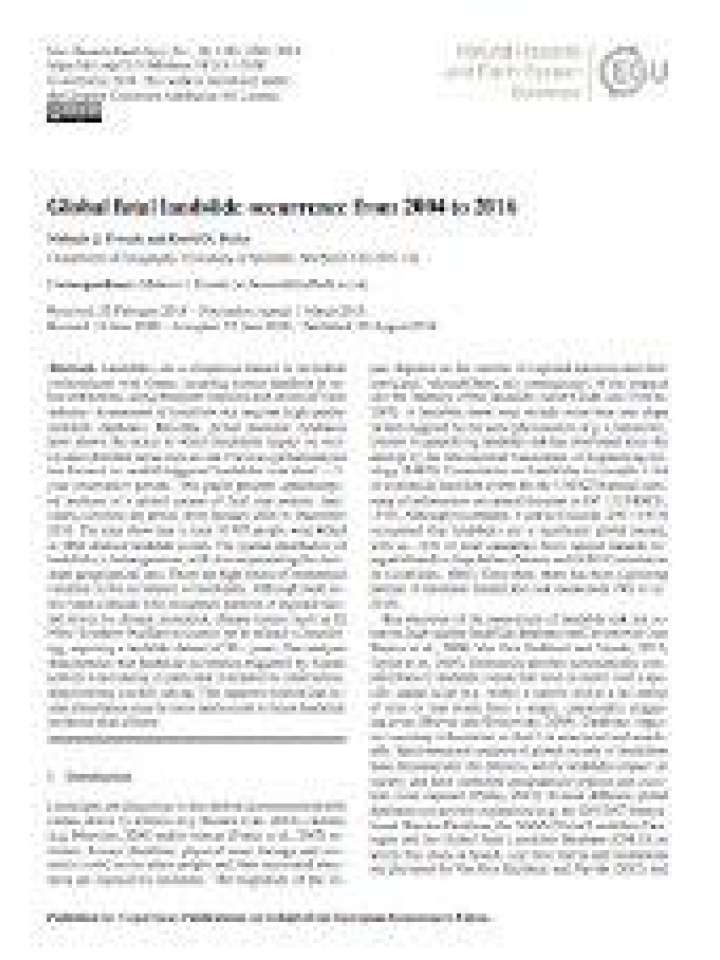 This paper presents spatiotemporal analysis of a global dataset of fatal non-seismic landslides, covering the period from January 2004 to December 2016. The data show that in total 55997 people were killed in 4862 distinct landslide events. The spatial distribution of landslides is heterogeneous, with Asia representing the dominant geographical area. There are high levels of interannual variation in the occurrence of landslides. Although more active years coincide with recognised patterns of regional rainfall driven by climate anomalies, climate modes (such as El Niño–Southern Oscillation) cannot yet be related to landsliding, requiring a landslide dataset of 30+ years.

This analysis demonstrates that landslide occurrence triggered by human activity is increasing, in particular in relation to construction, illegal mining and hill cutting. This supports notions that human disturbance may be more detrimental to future landslide incidence than climate.

Landslides are a ubiquitous hazard in terrestrial environments with slopes, incurring human fatalities in urban settlements, along transport corridors and at sites of rural industry. Assessment of landslide risk requires high-quality landslide databases. Recently, global landslide databases have shown the extent to which landslides impact on society and identified areas most at risk. Previous global analysis has focused on rainfall-triggered landslides over short  ∼ 5-year observation periods.