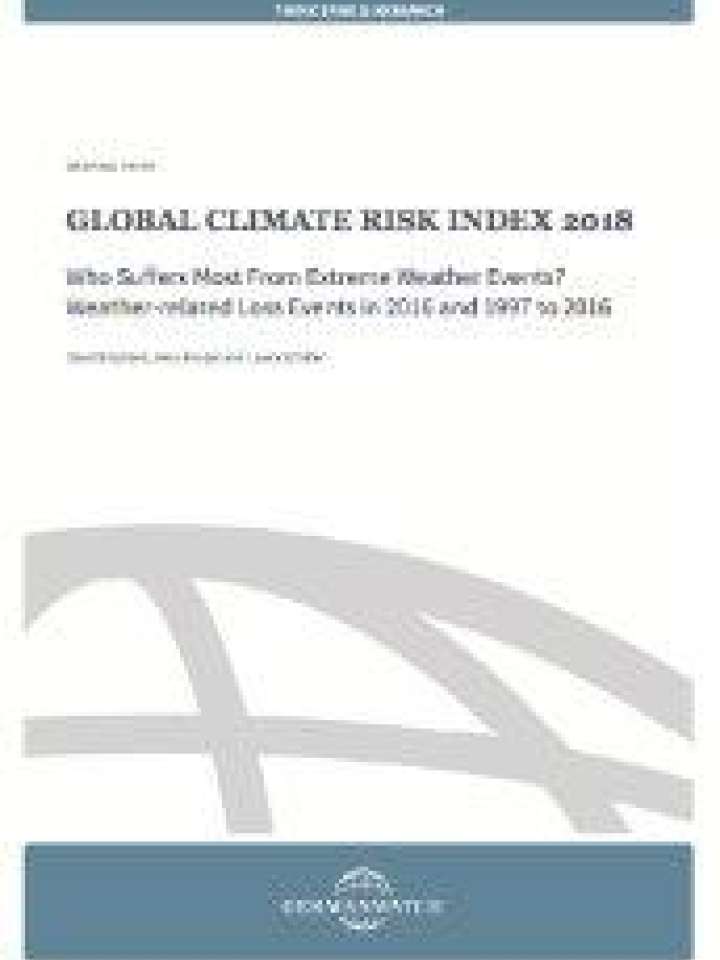 The Global Climate Risk Index 2018 analyses to what extent countries have been affected by the impacts of weather-related loss events (storms, floods, heat waves etc.). The most recent data available – for 2016 and from 1997 to 2016 – were taken into account.

The countries affected most in 2016 were Haiti, Zimbabwe as well as Fiji. For the period from 1997 to 2016 Honduras, Haiti and Myanmar rank highest.

This year’s 13th edition of the analysis reconfirms earlier results of the Climate Risk Index: less developed countries are generally more affected than industrialised countries. Regarding future climate change, the Climate Risk Index may serve as a red flag for already existing vulnerability that may further increase in regions where extreme events will become more frequent or more severe due to climate change. While some vulnerable developing countries are frequently hit by extreme events, for others such disasters are a rare occurrence.