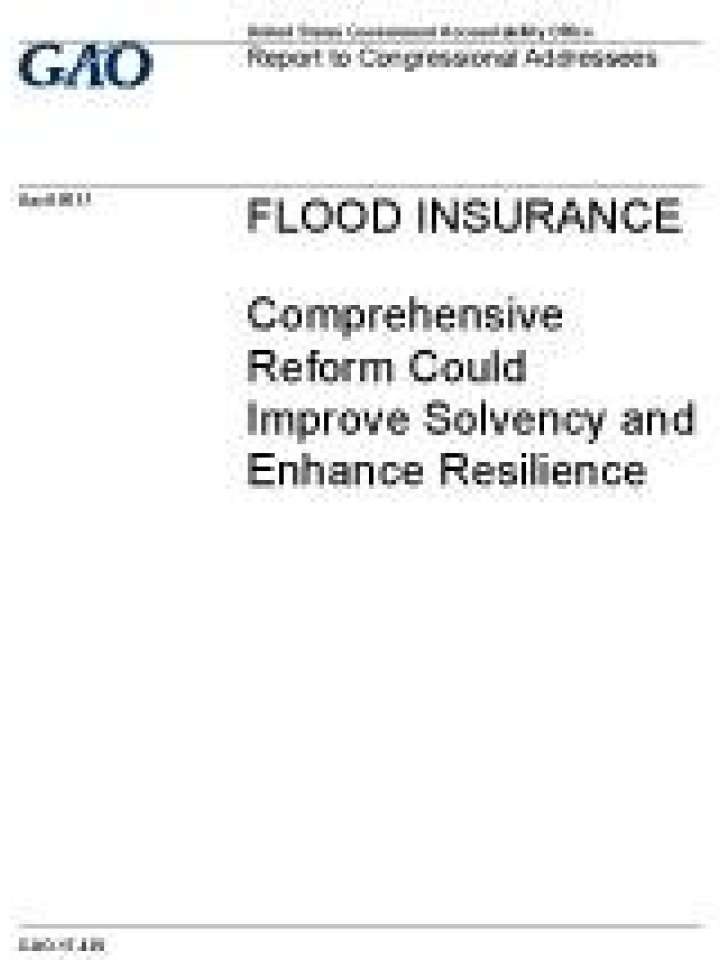 Based on discussions with stakeholders and the US Government Accountability Office's (GAO) past work, reducing federal exposure and improving resilience to flooding will require comprehensive reform of the National Flood Insurance Program (NFIP). Changes to the NFIP will need to include potential actions in six key areas. Moreover, comprehensive reform will be essential to help balance competing programmatic goals, such as keeping flood insurance affordable while keeping the program fiscally solvent. Taking actions in isolation may create challenges for some property owners (for example, by reducing the affordability of the NFIP policies) and these consequences will therefore also need to be considered. Some of the potential reform options also could be challenging to start or complete, and could face resistance because they could create new costs for the federal government, the private sector, or property owners. Nevertheless, the GAO's work suggests that taking action on multiple fronts represents the best opportunity to help address the spectrum of challenges confronting the NFIP.

Through its work, the GAO identified the following interrelationships and potential benefits and challenges associated with actions that could be taken to reform the NFIP in the six areas: outstanding debt, premium rates, affordability, consumer participation, other barriers to private sector involvement, and the NFIP flood resilience efforts.