Costs and benefits of flood mitigation in Launceston 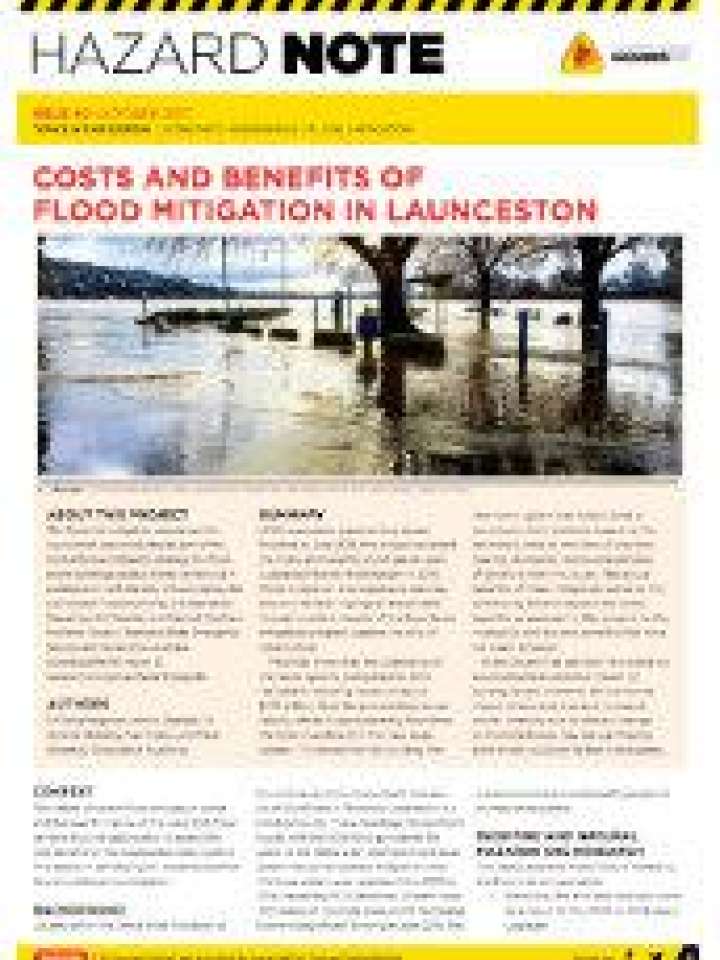 This flood risk mitigation assessment for Launceston, Australia, was conducted as part of the "Cost-effective mitigation strategy for floodprone buildings" project.

This project reviewed the costs and benefits of mitigation work (upgraded levees) which began in 2010. Flood mitigation is an expensive exercise, and this research highlights the benefits through avoided impacts of the flood levee mitigation program, against the cost of construction.

Findings show that the upgrading of the levee system, completed in 2014, resulted in avoiding losses of about $216 million (had the pre-existing levees failed), which is approximately four times the total investment in the new levee system. This investment in building the new levee system was found to be a sound economic decision based on the estimated costs at the time of decision making, alongside improved estimates of benefits from this study. The actual benefits of these mitigation works to the community extend beyond the direct benefits as assessed in this project, to the intangible and indirect benefits that have not been included.

It was found that sea level rise scenarios would only have a limited impact on building losses. However, the combined impact of sea level rise and increased rainfall intensity due to climate change on the total losses may be significantly greater and could be further investigated.