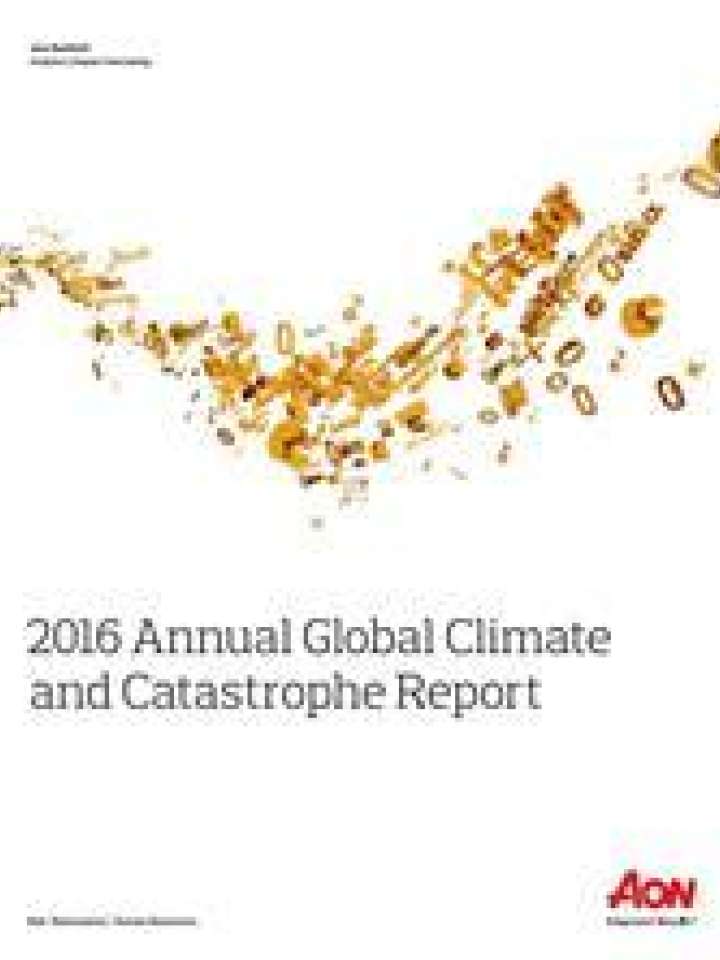 This report evaluates the impact of worldwide natural disaster events during the last 12 months to promote awareness and enhance resilience. The report reveals that there were 315 natural catastrophe events in 2016 that generated economic losses of USD210 billion. For historical context, 2016 was the seventh highest year on record with the combined economic loss exceeding the USD200 billion threshold for the first time since 2013.

The top three perils—flooding, earthquake and severe weather—combined for 70 percent of all economic losses in 2016. While at least 72 percent of catastrophe losses occurred outside of the United States, it still accounted for 56 percent of global insured losses.

Overall, just 26 percent (USD54 billion) of overall economic losses were covered by insurance in 2016 due to a higher percentage of damage occurring in areas with a lower insurance penetration. However, the public and private insurance industry losses were 7 percent above the 16-year average and the highest insured loss total since 2012. 2016 marked the end of a four-year downward trend since the record year in 2011.

Emerging economies in Asia Pacific remain particularly vulnerable in the aftermath of a major catastrophe. This is due to the impact of population growth, rapid urbanization, and high-value risk concentrations. In order to address the protection gap, the Insurance Development Forum (IDF) was established in April 2016 by the United Nations, the World Bank and the insurance industry to incorporate the latter’s risk measurement know-how into existing governmental disaster risk reduction and resilience frameworks.

The report suggests that there will be further development in 2017 of a sustainable framework that promotes risk understanding and quantification to increase demand for, and efficient supply of disaster risk financing solutions.