Real-time lessons on COVID-19 and US hurricane response: What we’ve learned from Hanna and Isaias 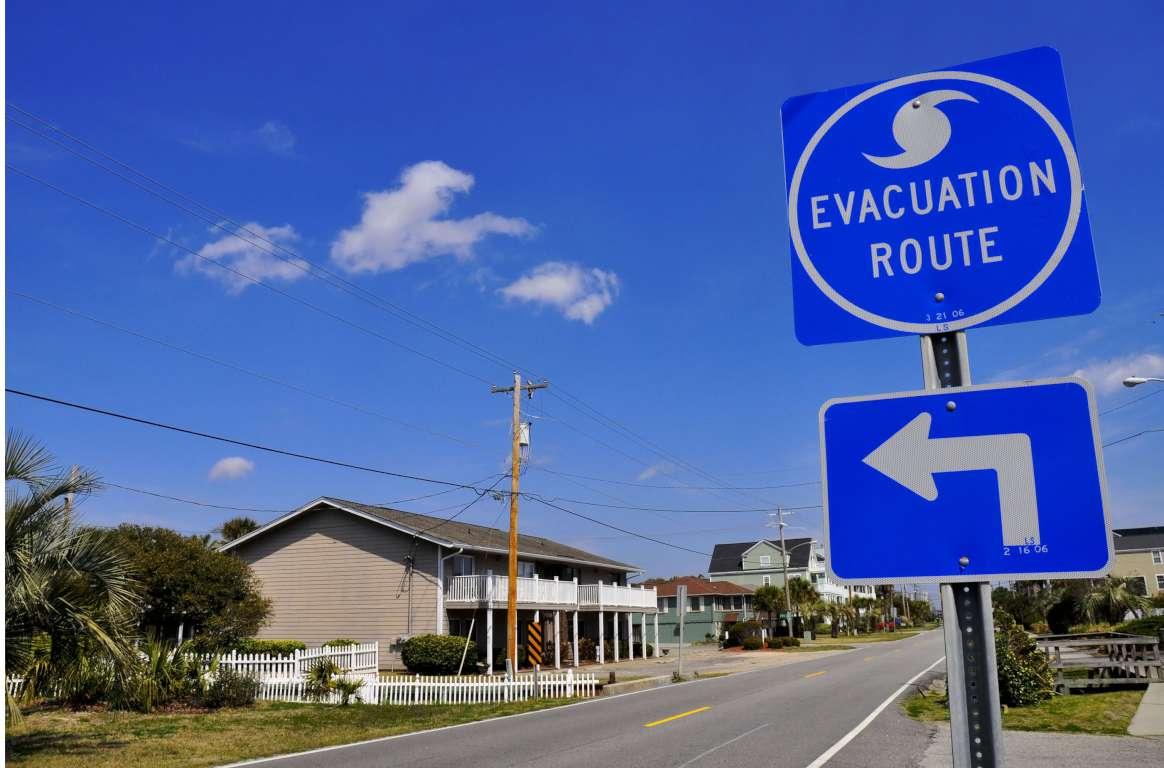 It is early August 2020. As of this writing, we have already seen 9 named storms (something that usually doesn’t happen until September), two of them being Category 1 hurricanes that made landfall in the U.S.

Hurricane Hanna hit the Southern Texas coast on July 25, bringing flooding and wind damage. Hurricane Isaias made landfall on the Southern coast of North Carolina on August 3, bringing with it steady rain and winds of 90mph. After that it caused power outages, tornados, and flooding on its way north toward Canada, impacting millions of people. Before getting to the U.S. and skirting the Florida coast, Isaias wreaked havoc on the Caribbean, causing damage and destruction in Puerto Rico, the Dominican Republic, and the Bahamas – which are still recovering from hurricane Dorian in 2019.

This hurricane season is particularly unique in a couple of ways – not only has it had various earliest named storms, but it is happening amidst a pandemic. The novel coronavirus is everywhere in the U.S. and in the world, and to respond to a disaster under the threat of contagion is nothing short of an extraordinary challenge.

How have places already impacted by these storms responded? Their experience to date is an important way to inform future efforts there and elsewhere. We look at how Texas and North Carolina responded to these hurricanes. Hopefully those measures will not be needed, but preparedness is all about being ready and learning from others.

In addition, how are places at future risk of hurricane impacts preparing for evacuations and other disaster relief under COVID-19? Further below we examine 16 coastal counties from TX to NC that face risks of hurricanes and COVID-19, and what their guidance is on evacuation.

Texas and North Carolina are leading the learning process

When Hanna made landfall as a Category 1 hurricane in South Texas in late July, emergency responders wore personal protective equipment and also distributed it to residents. The area where Hanna hit had been seeing an increase in the number of COVID-19 cases. Residents were asked to maintain social distancing and to wear masks if they had to evacuate, and temperature checks were performed at shelters.

The Texas government was sending more testing supplies and other resources to areas impacted to avoid further spread of the virus due to the storm. Shelter guidelines and capacity were adjusted in response to health guidelines. Staying with friends or family is the option people overwhelmingly prefer even in “normal” years, but it’s also the primary option emergency managers were recommending. After that they recommended hotels and other non-congregate shelters, where people don’t share large spaces. Congregate shelters such as schools, churches and community centers, are to be used as a last option.

Then came hurricane Isaias, which made landfall in Southern North Carolina also as a Category 1 a week later, in early August. Mandatory evacuations were in place for Ocracoke, Hatteras and other North Carolina coastal communities.

Local government in evacuation areas was recruiting more staff to ensure social distancing, and shelters had an expanded cleaning and sanitizing regimen. Officials strongly suggested evacuees stay with family or friends first, then stay at a hotel if at all possible, although it was not clear if hotel costs would be covered by the government. For congregate shelters, precautions similar to those in Texas were taken: emphasizing use of protective equipment, limiting shelter capacity, screening for COVID-19 symptoms at arrival. People with COVID-19 symptoms were to be moved to non-congregate shelters. An August 1st state government press release about Isaias had other helpful specific guidance, including that evacuees should bring their own bedding and care items and that meals would be served in sealed containers.

Texas and North Carolina are unwittingly turning into case studies on hurricane and COVID-19 preparedness for locations along the Gulf and East coasts, areas that historically have seen the majority of hurricane landfalls in the U.S. Mixed messages from the federal government on COVID-19, job losses, loss of tax base, strained resources and staff, all mean local governments have been struggling with how to best respond. The unprecedented challenges also mean that local governments have been forced to learn as they go, and lessons learned become important standards for future preparedness.

Ensuring standards are in place at the local level is extremely important because, as we found out, specific local guidance on how to proceed during an evacuation at times of COVID-19 is not an easy thing to find on local official channels.

Are counties along the coast prepared for hurricanes and COVID-19?

We looked into specific hurricane evacuation under COVID-19 guidance for 16 counties, two in each state from Texas to North Carolina – states that historically have seen more landfalling hurricanes along the U.S. coast. We chose among coastal and inland counties potentially affected by storm surge from a Category 5 hurricane, and picked the two counties where the number of COVID-19 cases increased the most percentage-wise in the past two weeks, according to data from the Center for Systems Science and Engineering at Johns Hopkins University.

Our assessment makes clear that preparedness – even in this small sampling of places – is not common. Of the 16 counties researched, we found specific, local guidance relating to evacuating safely during the pandemic for only two. Many counties linked hurricane preparedness to the Federal Emergency Management Agency (FEMA) website, and linked COVID-19 guidance to the Centers for Disease Control (CDC) main COVID-19 page. As important as these guidelines are, they are not specific to the local level.

Some counties link to their state guidance. States for the most part have guidance on hurricane preparedness under COVID-19 precautions. North Carolina, for instance, has information on its Ready NC site, and Florida, having been targeted by more than its share of hurricanes over the years, put out a specific co-response guidance for tropical weather preparedness under COVID-19.

The Florida guidance document states that counties should be responsible for preparedness and response phases, and for putting measures in place – which makes sense, since only local governments know their own resources. For instance, many shelters will be receiving fewer people for health safety reasons (as we learned from Texas and North Carolina), and local people need to know how to proceed in the case of an evacuation. A local, publicly available, preparedness plan should cover not only evacuation routes and transportation means, but also shelter options and capacities, recommendations for a COVID-19 hurricane kit (which includes masks, hand sanitizer, sometimes bedding, water, food), and health recommendations related to COVID-19.

We know that, if an evacuation is mandated, local news and authorities will put out essential information. Most counties have an alert system in place, which will be used in case of an emergency. But in terms of preparedness, knowing ahead of time is important because it can save time and lives.

The unfortunate truth is that counties have various levels of resource availability and may or may not be able to prepare adequately. County level Emergency Managers should seek to work with neighbor county counterparts, especially since the Florida Response plan places a huge amount of the coordinating work on county-to-county level management. The fact that only when a disaster is imminent or has happened does federal assistance come into play makes matters worse. Pre-disaster mitigation and preparedness should be a priority for the federal government, as it can save money and lives.

Preparedness is essential, especially for minorities and low-income people

In a previous blog post about the state of hurricane science, I wrote that in the past 3 years, five state records were broken for tropical cyclone rainfall, and a total of twelve states have broken their tropical cyclone precipitation records since 2000. Hurricanes have been bringing huge amounts or rain, especially when they stall. 2019 had four storms that moved below the average forward speed of a tropical cyclone. Previous years also saw storms like that (e.g., Florence in 2018, Harvey in 2017).

North Carolina has been hammered by storms that brought significant flooding in recent years. Matthew in 2016, Florence in 2018, and Dorian in 2019 made it clear that a storm doesn’t have to be strong to bring destruction – all made landfall as Category 1 hurricanes, but brought extensive rain and flooding. Texas was also hit hard in the past few years by hurricanes Cindy, Harvey and Imelda. There are areas and people who have still not fully recovered, especially from Harvey.

In a regular, non-pandemic year, disaster relief and recovery measures have lagged for Black, Latinx, and low-income people. In a pandemic year, when those same segments of the U.S. population are being hit harder by COVID-19, and losing jobs at a higher rate than White people, one wonders how will those disadvantaged segments of the population be able to face a hurricane threat? Will they have the resources to do so? What does it mean for people in areas whose communities are flooding often – sometimes as often as every two years? Given the current socioeconomic and health challenges our country is facing, and how long recovery from each of these disasters take, it’s hard to imagine the situation if extreme weather causes such disruption every couple of years.

My colleague Adrienne Hollis reached out to some or our community partners in Texas and South Carolina to find out how they are preparing for this challenging hurricane season, what they would like to see in order for their communities to be better prepared, and where their main concerns lie. Make sure to check out her blog post!

As we head into August, we have four months of hurricane season ahead. The National Oceanic and Atmospheric Administration (NOAA) just today released an updated forecast, calling for an “extremely active” season and 19-25 named storms (up from 13-19) and 7-11 hurricanes (up from 6-10). We must use this time to learn best practices and lessons to apply to what, from what it seems now, may be a really long season.

A dual disaster handbook: 6 recommendations for local leaders responding to floods during COVID-19

US should consider stay-at-home cooling options during pandemic

Urgency for multi-hazard protocol during the COVID-19 pandemic