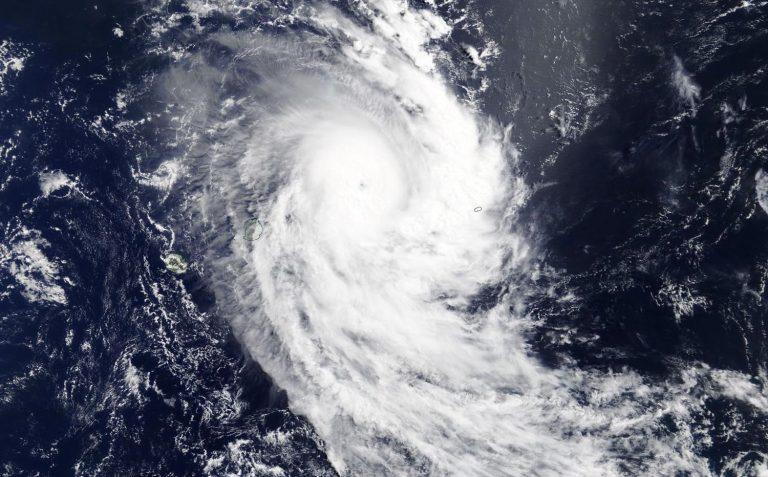 As the season of monsoons, heat waves and cyclones hits, many Asian and Pacific Island nations fear being stretched too thin

In India - currently under lockdown with more than 12,000 confirmed cases of the virus - the cyclone season starts in two weeks, said Kamal Kishore, a member of the country's National Disaster Management Authority.

To try to maintain social distancing requirements, India would need to double the space available to shelter people from extreme weather, he said in a webinar organised by the United Nations Office for Disaster Risk Reduction.

That means schools and colleges currently closed by the virus outbreak, as well as other buildings, may need to be turned into shelter sites, he said.

May and June are also the hottest months for India and Pakistan. People without adequate access to cooling or sufficient water could face health risks, particularly during the lockdown, scientists warned.

An intense heat wave last May and June caused widespread deaths across India.

With hospitals already filling with COVID-19 patients this year, "we really have to work doubly hard this year to make sure that we minimise the heat-wave-related burden on hospitals," said Kishore.

"Crops have been all but destroyed," he said. If a new season of crops isn't quickly planted, "we will be looking at food insecurity for quite some time", he warned.

The disaster forced the government to announce a second state of emergency on April 11, after an earlier one banned mass gatherings as a result of coronavirus fears.

Vanuatu has said it has no confirmed cases of the virus as of April 15.

Islands in the North Pacific, meanwhile, may have to contend with drought-like conditions as well as the virus, said Lemau Afamasaga from the Palau Red Cross Society.

"In the past couple of months, part of the work is encouraging the local communities to wash their hands but... we were asked, 'How do we wash our hands when there is a lack of water?'", she said.

The Philippines, meanwhile, is juggling more than 5,600 COVID-19 cases - the highest number in Southeast Asia - as well as thousands of people displaced by a volcano eruption in January and by last year's cyclones. Elizabeth Zavalla, secretary-general of the Philippines Red Cross, said the association is manning a 24-hour call centre on the coronavirus as well as distributing aid to disaster victims.

The Philippines' monsoon season starts in May but most of the more than 20 storms the country sees each year come between June and August, she said.

As Asian and Pacific countries brace to handle extreme weather and virus outbreaks at the same time, it is crucial disaster response teams are provided with personal protective equipment and psychological support, experts said.

"COVID-19 is a crisis which is not going to dissipate in two or three weeks," warned India's Kishore.

"It will take months and those months will also coincide with floods and cyclones and heat waves - so the demand on response forces will be huge."

Policy challenges of responding to climate change and COVID-19

Communicating climate change during the coronavirus crisis - what the evidence says