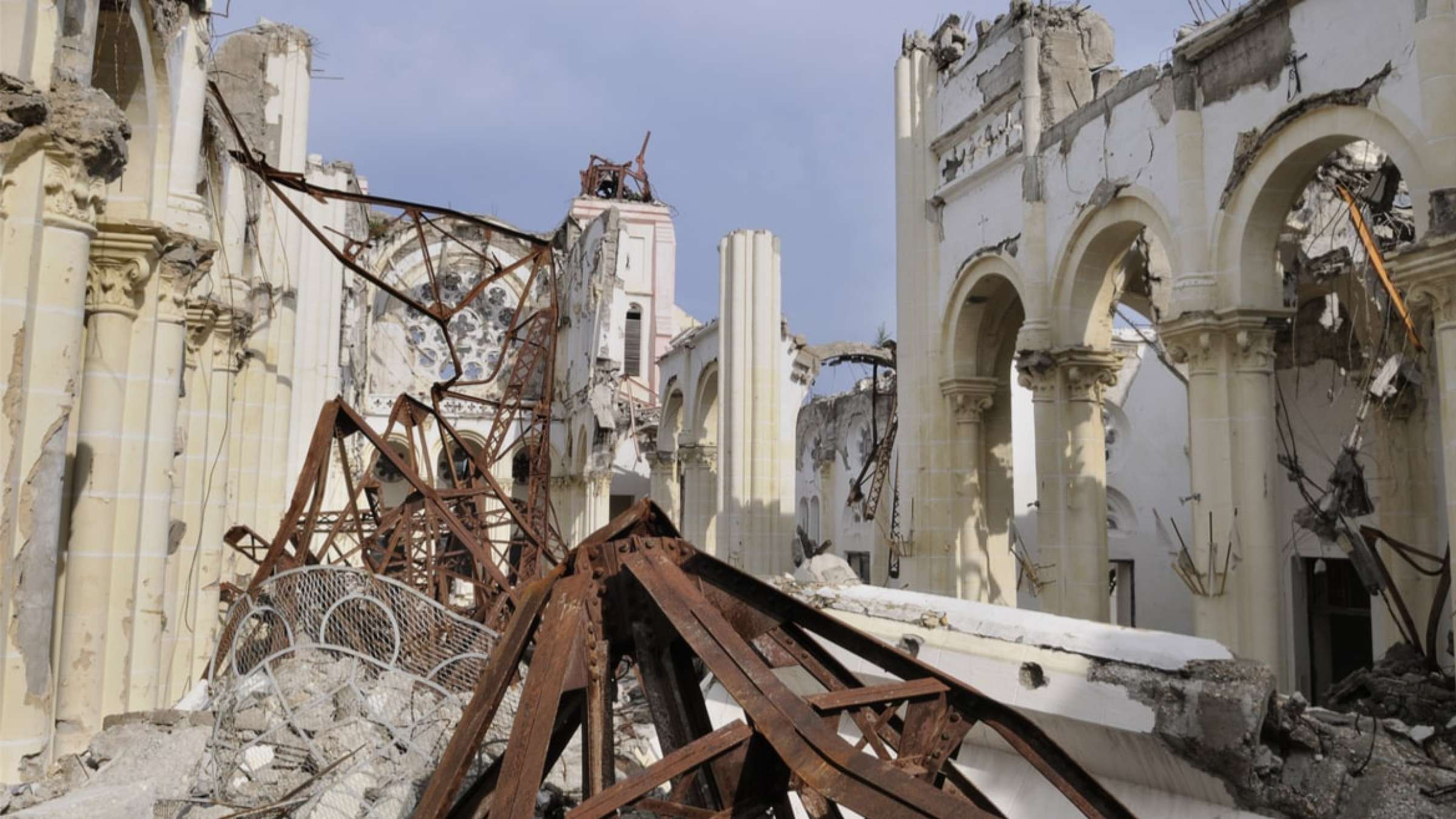 CCRIF SPC will make a payout of approximately US$40 million to the Government of Haiti following the devastating magnitude 7.2 earthquake that struck Haiti on August 14th, 2021, significantly impacting the city of Les Cayes. This payout represents the full coverage limit under the country’s parametric insurance policy for earthquakes for the 2021/22 policy year. As CCRIF’s insurance policies are parametric, payouts are made within 14 days of an event. To begin to support the people of Haiti as quickly as possible, CCRIF will provide a first tranche of US$15 million to the Government within one week of the event and the remaining amount of approximately US$25 million within the 14-day window, to allow for the independent verification of the model results. CCRIF will continue to provide earthquake coverage to Haiti for the remainder of the policy year which ends on May 31, 2022, under a special feature of the earthquake policy known as the Reinstatement of Sum Insured Cover (RSIC). The RSIC, introduced by CCRIF in 2017, provides access to coverage after the maximum coverage limit of a country’s earthquake or tropical cyclone coverage limit has been reached.

According to Haiti’s Minister of the Economy and Finance, Michel Patrick Boisvert, “The payout from CCRIF to the Republic of Haiti following the earthquake on August 14, 2021, will help finance rapid and tangible government activities geared towards supporting the poor and vulnerable affected by the earthquake in the Grand Sud region. Given the proliferation and recurrence of natural disasters, access to parametric insurance policies offered by CCRIF and other risk financing mechanisms makes it possible to better manage the impact of these disasters on public finances and strengthen financial resilience in the medium term. For a country like Haiti, which is exposed to multiple natural disaster risks, it is imperative for us to adopt preventive measures to reduce vulnerability to shocks, while improving disaster preparedness and response.”

The August 14 earthquake was centred near Petit Troup de Nippes, approximately 78 miles to the west of the capital city Port-au-Prince and released approximately twice as much energy as the 7.0 earthquake that affected the country in 2010. Both quakes occurred on the same fault line but the 2010 earthquake occurred nearer to the capital – about 15 miles west of Port-au-Prince. In 2010, the Government of Haiti received a payout of US$7.8 million from CCRIF following that earthquake. Since 2010 the Government of Haiti has continued to increase its parametric insurance coverage for earthquakes, with the cumulative increase being about 400 per cent. This increased coverage has been made possible through premium support provided initially by the Government of Canada and subsequently by the Caribbean Development Bank, which has paid Haiti’s insurance premiums for earthquakes, tropical cyclones and excess rainfall either fully or in part.

This current payout to Haiti will represent CCRIF’s largest single payout to date. Since the Facility’s inception in 2007, it has made 53 payouts totalling US$242.4 million to 16 of its 23 members. Of these, Haiti has received five payouts totalling US$78.3 million (32 per cent of total payouts). This recent payout is further testimony to the success of the partnership involving member governments, the donors that support CCRIF, and the reinsurance community, in assisting countries to be able to better access disaster risk financing and reduce budget volatility following natural disasters.

Since the start of the 2021 Atlantic Hurricane Season, Haiti has been impacted by both tropical cyclones Elsa and Fred. Haiti received a payment of approximately US$343,000 under the Aggregated Deductible Cover (ADC) of its tropical cyclone policy following TC Elsa. The ADC provides a minimum payment for events that are not sufficient to trigger a country’s tropical cyclone policy but for which losses on the ground are registered by a member government.

Following the 2010 earthquake, the payout from CCRIF, provided within 14 days of the event, was the first form of liquidity received by the Government. The funds were used to ‘keep the wheels of government turning’ – for payment of salaries to medical personnel and rescue/emergency workers, medical assistance to affected persons, clearing of debris, and provision of civilian security. Although CCRIF acts as a security blanket for countries in times of natural catastrophes, it was not designed to cover all losses on the ground. It is instead meant to close the liquidity gap and provide governments with a quick infusion of cash to allow them to support the most vulnerable in their populations and to begin early recovery efforts immediately after a natural disaster, prior to accessing other resources for long-term redevelopment.

The sympathies of the Board, Management and operational team at CCRIF are with the Government and people of Haiti at this time. According to CCRIF CEO, Isaac Anthony, “Our thoughts and prayers are with the people of Haiti, cognizant of the multi-hazard environment that they are in. CCRIF is pleased to be able to support Haiti in its time of need, providing these funds that can be used to help address the country’s most urgent priorities. We continue to closely monitor the overall situation in Haiti, including the passage of Tropical Cyclone Grace and its potential impacts on the country and stand ready to further support our member country and its people in this time of crisis.”

At the local level, CCRIF will continue to support local NGOs in Haiti as they work in their communities to build forward stronger – to reduce vulnerability and build resilience within local communities. CCRIF has provided 11 grants totalling over US$340,000 to NGOs in Haiti to implement projects in disaster risk reduction, climate change adaption and environmental sustainability. Accordingly, CCRIF will reach out to its local partners on the ground to determine how the communities in which they operate have been impacted by this recent earthquake and identify additional support the Facility can provide under its Small Grants Programme.