25 May 2022: Highlights and images of main proceedings 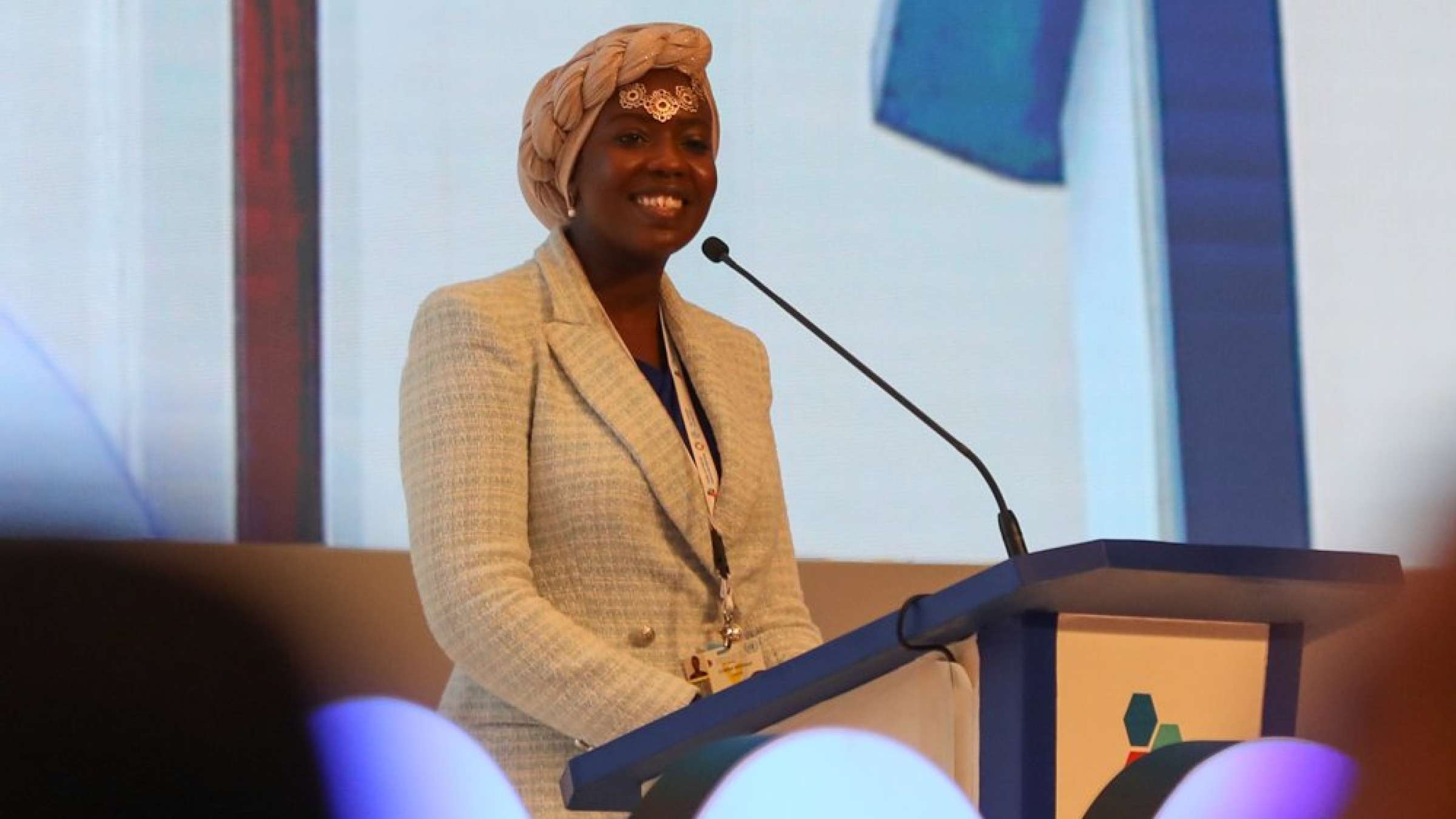 Emtithal Mahmoud, Poet and UNHCR Goodwill Ambassador, at the Opening Ceremony.
Photo by IISD/ENB | Kiara Worth

The main segment of the seventh Global Platform on Disaster Risk Reduction 2022 (GP2022) began its deliberations on Wednesday, 25 March, with an opening ceremony, two high-level dialogues, a ministerial roundtable, and five thematic discussions, as well as learning labs, side events, and an award ceremony. GP2022 is organized by the UN Office for Disaster Risk Reduction (UNDRR) and hosted by the Government of Indonesia.

The opening ceremony, moderated by Mami Mizutori, Special Representative of the Secretary-General for DRR and Head of UNDRR, began with a traditional dance performance to express gratitude for life and everyone's presence. In the same spirit, Sudanese poet Emtithal Mahmoud, UN High Commissioner for Refugees (UNHCR) Goodwill Ambassador, illustrated via her poem “Our Land” the toll humanity takes on our Earth.

Amina J. Mohammed, UN Deputy Secretary-General, referring to the humanitarian-development-peace nexus, called for greater coherence in addressing people’s vulnerability before, during, and after overlapping crises. Abdulla Shahid, President of the 76th Session of the UN General Assembly, stressed that “resilience must be our mantra,” and highlighted the need for a whole-of-society approach in our joint efforts to “build back better and make our world safer and more prosperous for all.” Joko Widodo, President of Indonesia, called for: strengthening disaster risk governance as well as “the culture of responsibility” at the global level; investing in science, technology, and innovation; and sharing lessons learned to mitigate disaster risk.

Closing the ceremony, high-level participants collectively stroked the kulkul, a traditional medium of communication in the form of a musical instrument made of wood or bamboo.

Two high-level dialogues took place during the day. One focused on creating an enabling environment to achieve the Sendai Framework goals and catalyze synergies, offering global and regional perspectives on implementation. Participants stressed, inter alia: we need to better understand, quantify, and act on systemic risks to accelerate action; the importance of compiling data from all sources and coordinating among sectors; the centrality of a multi-factorial implementation of DRR, using synergies with the Sustainable Development Goals (SDGs), and including all stakeholders; and resilience concerns the ability to bounce back in addition to absorbing shocks.

The ministerial roundtable focused on the interlinkages between DRR and climate change. Ministers, other high-level government representatives, and officials from intergovernmental organizations: offered national perspectives, including success stories, from programmes and initiatives on DRR, climate change, and their interlinkages; discussed how DRR can be accelerated to address the climate emergency and align with climate change adaptation goals while leaving no one behind; and deliberated on financing opportunities both at the national and international levels to scale up investment in climate change and disaster risk management approaches.

Five thematic sessions took place during the day focusing on: