How to reduce gender violence during the pandemic and beyond 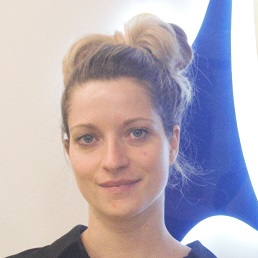 The covid-19 crisis is an opportunity for governments to put in place lasting structures that protect women from violence.

As covid-19 has spread, domestic violence reports have increased. First observed in China, countries across the world are seeing the same phenomenon emerge within their borders.

Stress, grief and financial struggles can fire violence. The breakdown of support systems and economic uncertainty can make it difficult to leave an abusive relationship.

Several countries have taken quick and decisive action to address the increased risk of violence. Short-terms measures implemented in Europe include:

Financing of support services. France has funnelled one million euros to domestic violence support services. The French and Italian governments have requested the EU include measures to combat violence against women in emergency support packages to member states.

Provision of support services. Emergency and reception centres for victims of domestic violence are considered essential services and remain open in the face of lockdowns. The work of police and judicial bodies continues for cases of violence against women.

However, many shelters must limit their operations to protect the health of staff and service users. France is providing hotels rooms as alternative shelter for victims of domestic violence.

Technology has helped ensure victims of domestic violence can contact assistance services during quarantine. Discreet websites and apps provide legal, psychological and social guidance. They leave no trace and enable victims to request a phone call at a certain time. To assist victims and health workers, the Spanish government has added an SOS button to a widely used law enforcement app. The tool records the incident and contacts the nearest police station.

France has launched a hotline for perpetrators (and would-be perpetrators) of domestic violence.

Training of frontline workers. Pharmacy and supermarket workers have been trained to assist victims of domestic violence seeking help. In Spain and Greece, the code word ‘Mask-19’ has been adopted for women seeking help discreetly.

Awareness campaigns. These provide advice to victims and witnesses of domestic violence and highlight what support is available. Portugal has rolled out its awareness campaign across social media channels and distributed flyers across the country.

These short-measures will save lives and are to be applauded. However, the end of lockdown measures will not bring an end to domestic violence. Even in ordinary times, women face the greatest danger in the home, with 64 % of women who are killed dying at the hands of a partner or family member.

The covid-19 crisis is an opportunity for governments to put in place lasting structures that protect women from violence. These are our recommendations:

No country in the world has achieved gender equality. About a third of women have been physically or sexually abused by their partner. Crises simply exacerbate this reality. It is time governments make real change to save lives.

Understanding intimate partner violence in the EU: the role of data