When disasters strike, people with disabilities must not be left behind 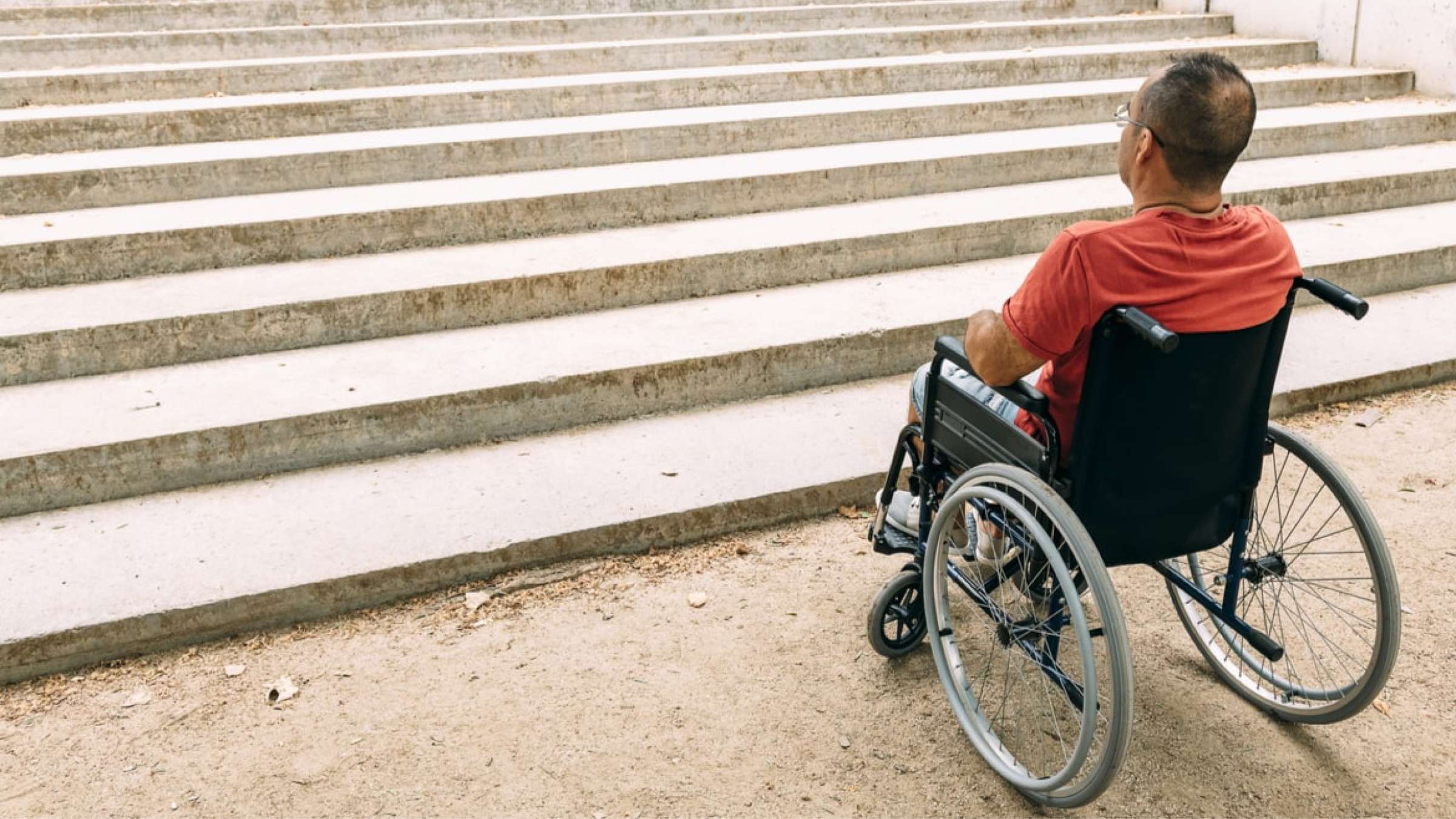 A tragic story emerged during the floods that hit Europe in July 2021: given no warning to evacuate, 12 people with disabilities drowned when flash floods hit their residential home in the German town of Sinzig.

Those who manage to escape disasters often confront obstacles accessing shelter, healthcare and other services during displacement. An assessment conducted after Albania was struck by an earthquake in 2019 found that collective accommodation, including tents and hotels, were exposing  people with disabilities to new risks as they were not equipped to meet their needs.

Such reports paint a concerning picture, but our understanding of the true scale of the issue remains incomplete. About 234,000 new internal displacements were triggered by disasters in Europe and Central Asia in 2020, up from 101,000 recorded in 2019. Given people with disabilities represent about 15 per cent of the global population and are particularly at risk in times of displacement, the challenges they face must not be ignored.

Yet, the limited data collected following disasters and the scarcity of data disaggregated by disability status make it difficult to determine exactly how many people with disabilities are displaced by disasters and the diversity of their needs. Such information is crucial, however, to inform targeted planning and evaluate the inclusivity of responses.

The Sendai Framework for Disaster Risk Reduction 2015-2030 calls for a disability perspective to be integrated into disaster management, and policies and guidance already exists to support actors in the region to do so. The European and Mediterranean Major Hazards Agreement (EUR-OPA) has produced practical guidelines and a toolkit to include people with disabilities in preparedness and responses, and improve their access to services in emergency situations. It recommends, for instance, mapping people with disabilities and their assistance needs before a disaster, and ensuring warning, evacuation, and other emergency services are fully accessible.

While such efforts are promising, more needs to be done for preparedness and responses to be fully inclusive.

The upcoming European Forum for DRR: An opportunity to accelerate progress

The European Forum for Disaster Risk Reduction (EFDRR) serves as a platform through which governments and other stakeholders can make actionable commitments to address regional disaster challenges and reduce disaster risk. The next forum is scheduled to take place in November this year. It will result in the adoption of the 2022-2030 EFDRR roadmap, which will form the basis of coordinated implementation of the Sendai Framework and related SDG targets.

A review of its predecessor, the 2015-2020 EFDRR roadmap, found that despite stronger commitments towards disability inclusion in DRR, implementation had been slow and examples of good practices were limited. In order to spur progress, steps have been taken to promote the meaningful participation of people with disabilities in the sessions and side events of the upcoming forum and to draw from their unique skills and knowledge. Organisations of people with disabilities have also been engaged in advocacy around the forum and consulted during the development of the EFDRR roadmap.

The impacts of climate change and people’s growing exposure and vulnerability to hazards are expected to increase the risk of displacement due to slow- and sudden-onset disasters in the years to come. Collecting better data on people with a range of disabilities before, during and after displacement can enhance preparedness and strengthen responses and recovery. Ensuring people with disabilities are at the forefront of designing and evaluating climate adaptation strategies and DRR measures is also key to addressing displacement-related risks and charting the way towards a more resilient and inclusive future.

Louisa Yasukawa is a Research Associate at the Internal Displacement Monitoring Centre.