Major natural catastrophes in 2016: Economic impact and insured losses due to natural disasters 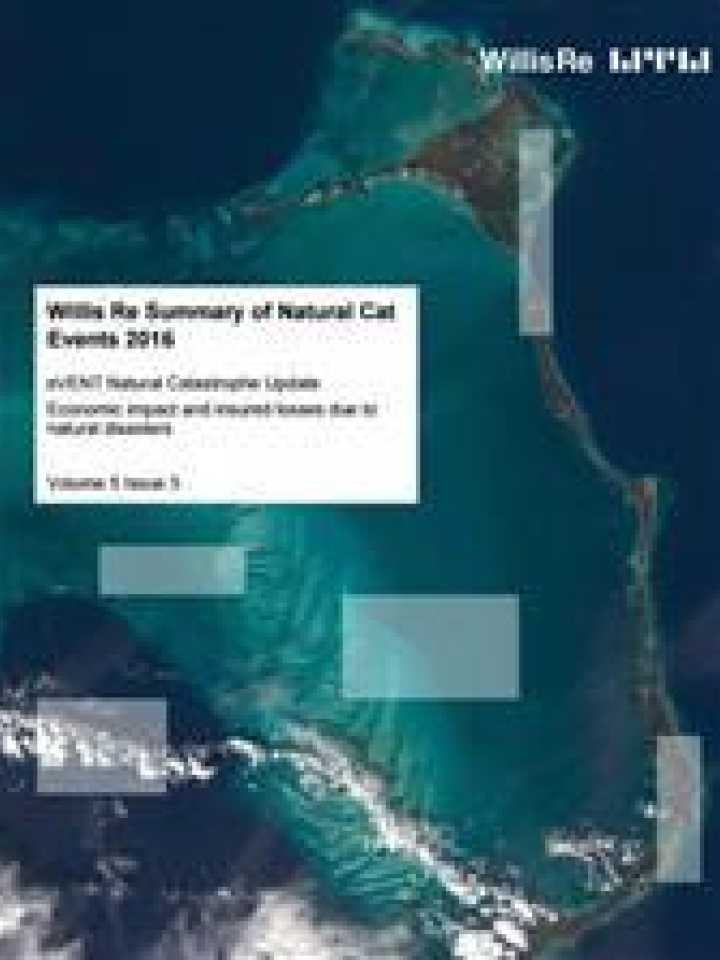 This report summarizes the economic and insured losses from the most relevant natural catastrophe events that occurred during 2016. The loss values presented include those reported by Willis Re, catastrophe model vendors, reinsurance companies and third party organizations.

The insured loss estimates from major natural catastrophes in 2016 of about USD 39.5 billion are the highest since the annual market losses of USD 60 billion observed in 2012. These losses do not include man-made disasters. The 2016 year losses have reversed the trend in loss reductions as seen from 2011 till 2015, where insured losses had gone from USD 120 billion to 23.0 billion respectively.

The economic losses have been much higher than the insured losses which show low insurance penetration in the selected regions affected by the catastrophes. In terms of casualties, about 10,000 casualties were reported in the entire year making it a deadly year.

Events with significant insured losses are described in detail in the first part of this report, listed in chronological order, while a summary of a number of events is provided in various tables at the end of the document, organized by peril/region affected.