Drought risk in the Navajo Nation 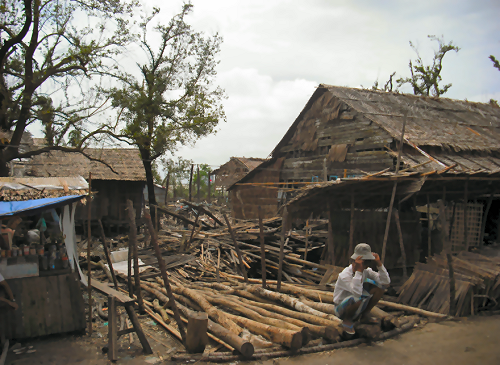 Between 1999 and 2009, the Navajo Nation experienced a drought of historic proportions. More than 30,000 cattle perished between 2001 and 2002 alone, and entire communities ran out of water (Redsteer et al., 2010). Though the drought officially began in 1999, data suggest that it may have begun in 1996 or even 1994; the uncertainty due to large portions of the reservation being poorly monitored.

Some of the causes of this disaster were not directly due to decreasing rainfall during the drought period. Annual snowfall has been decreasing during the past 80 years, and by the 1960s more than 30 major rivers and bodies of water upon which the Navajo relied for livestock and agricultural production had dried up (Figure) (Redsteer et al., 2010). Since then, the soil has become drier due to higher temperatures during the warmest months, further increasing water stress (Weiss et al., 2009).

However, it was factors like political marginalization and rural poverty that translated meteorological drought into a disaster for the Navajo people.

Drought United States of America
« BACK