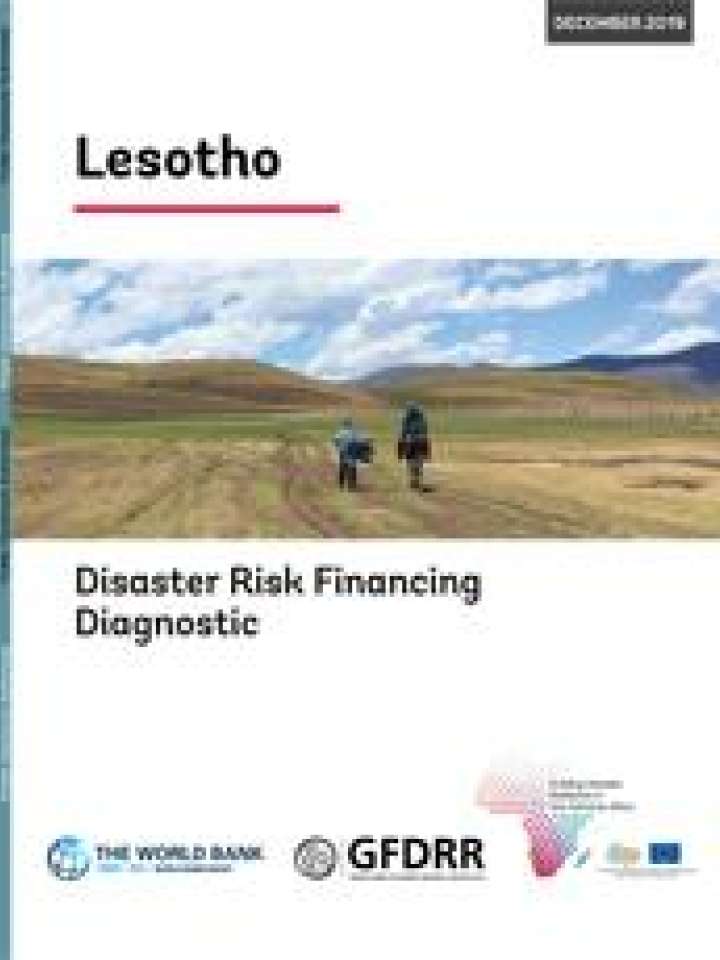 This diagnostic study is prepared at the request of the Ministry of Finance (MoF), Government of Lesotho (GoL)and aims to identify options to strengthen the country's financial resilience to disasters. It includes a review of disaster response costs and the current disaster risk financing (DRF) arrangements of the GoL, including institutional and legal frameworks, and proposes some recommendations. Lesotho is prone to weather-related perils such as droughts, floods, and storms. Drought affects the largest number of people. For instance, a drought in 2015/16 affected almost half of the population. Over two-thirds of the population—71 percent—is involved in some form of agricultural activity. The majority of the rural population engages in subsistence agriculture, working on small rain-fed farms or are livestock producers. Disasters can severely impact agriculture, thus devastating livelihoods and increasing food insecurity in a country already characterized by low agricultural productivity and reliance on food imports. Natural disasters in Lesotho jeopardize efforts to eliminate extreme poverty and boost shared prosperity Poverty in the country is declining slowly, and as of 2017 remained high, at 49.7 percent (at the national poverty line). Disasters disproportionally impact poor and vulnerable households, pushing them back or further into poverty (Hallegatte et al. 2017). According to the World Bank (forthcoming) Poverty Assessment, without the 2015/16 drought, poverty in Lesotho would have decreased twice as fast over the past 15 years. Natural disasters can also impact the macro-fiscal situation of the country. The average annual cost of disaster response is estimated at US$19.3 million, or 1.6 percent of the total budget expenditure in the 2019/20 fiscal year. For more infrequent and severeshocks, the costs can be much higher: US$31.8 million (or 2.6 percent of total budget) for shocks that occur every 10 years, and 45.3 million US Dollars (or 3.8 percent of total budget) for shocks that occur every 50 years.