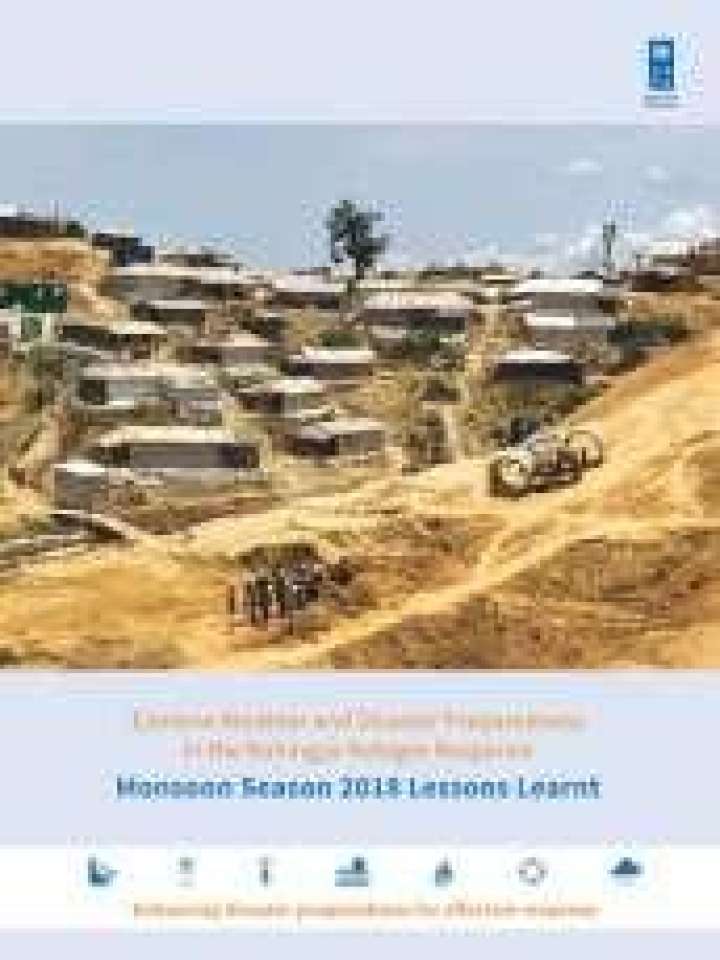 The 2018 monsoon season lessons learnt report captures and analyses knowledge acquired by humanitarian actors during their operations preparing for and responding to monsoon impacts in the Rohingya refugee camps. The purpose is to provide a reference document for planning for future monsoon seasons, support evidence-based advocacy, and identify gaps in preparedness which need to be addressed in advance of the 2019 monsoon. The report is a product of the United Nations Development Programme DRR Technical Advisory Unit in Cox’s Bazaar, Bangladesh with funding from the European Commission Civil Protection and Humanitarian Aid (ECHO) and technical support from MSB (Swedish Civil Contingencies Agency).

The Rohingya refugee response in Cox’s Bazaar, Bangladesh, is unique not only in terms of the rapidity and scale of the 2017 influx, but also in the extent of exposure to the refugee camps to seasonal variability, extreme weather and natural disaster risk. With its long coastline on the Bay of Bengal and with a landscape consisting of flat deltaic plains and sandy hills, Cox’s Bazaar is highly exposed to natural hazards and extreme weather, including cyclones, torrential rain, landslides, flash floods, storm surges and extreme temperatures. Even in the absence of a major disaster, this climatic context has considerable impact on the refugee response operation in Cox’s Bazaar; between 11th May and December 31st 2018 a total of 55,057 people in the Rohingya camps were affected by landslides and erosion, flash flood, storms and waterlogging, while a total of 275,000 manhours has been spent restoring in-camp road access due to weather-related disruptions between May and October. Significant investment in preparedness and risk reduction combined with relatively mild climatic conditions have prevented loss of life in the camps 2018, but further efforts are needed.