The International Polar Year is a large scientific programme focused on the Arctic and the Antarctic from March 2007 to March 2009.

IPY, organized through the International Council for Science (ICSU) and the World Meteorological Organization (WMO), is actually the fourth polar year, following those in 1882-3, 1932-3, and 1957-8. In order to have full and equal coverage of both the Arctic and the Antarctic, IPY 2007-8 covers two full annual cycles from March 2007 to March 2009 and will involve over 200 projects, with thousands of scientists from over 60 nations examining a wide range of physical, biological and social research topics. It is also an unprecedented opportunity to demonstrate, follow, and get involved with, cutting edge science in real-time. 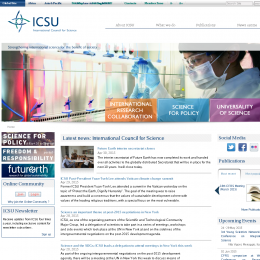