Climate News Network is run by four journalists with nearly a century of experience between them in reporting climate change: Paul Brown, former environment correspondent of the London Guardian; Kieran Cooke, a former BBC and Financial Times correspondent in Ireland and Southeast Asia; Alex Kirby, a... 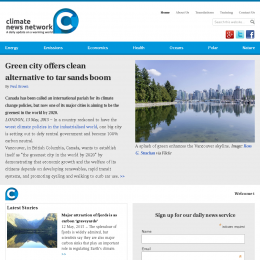