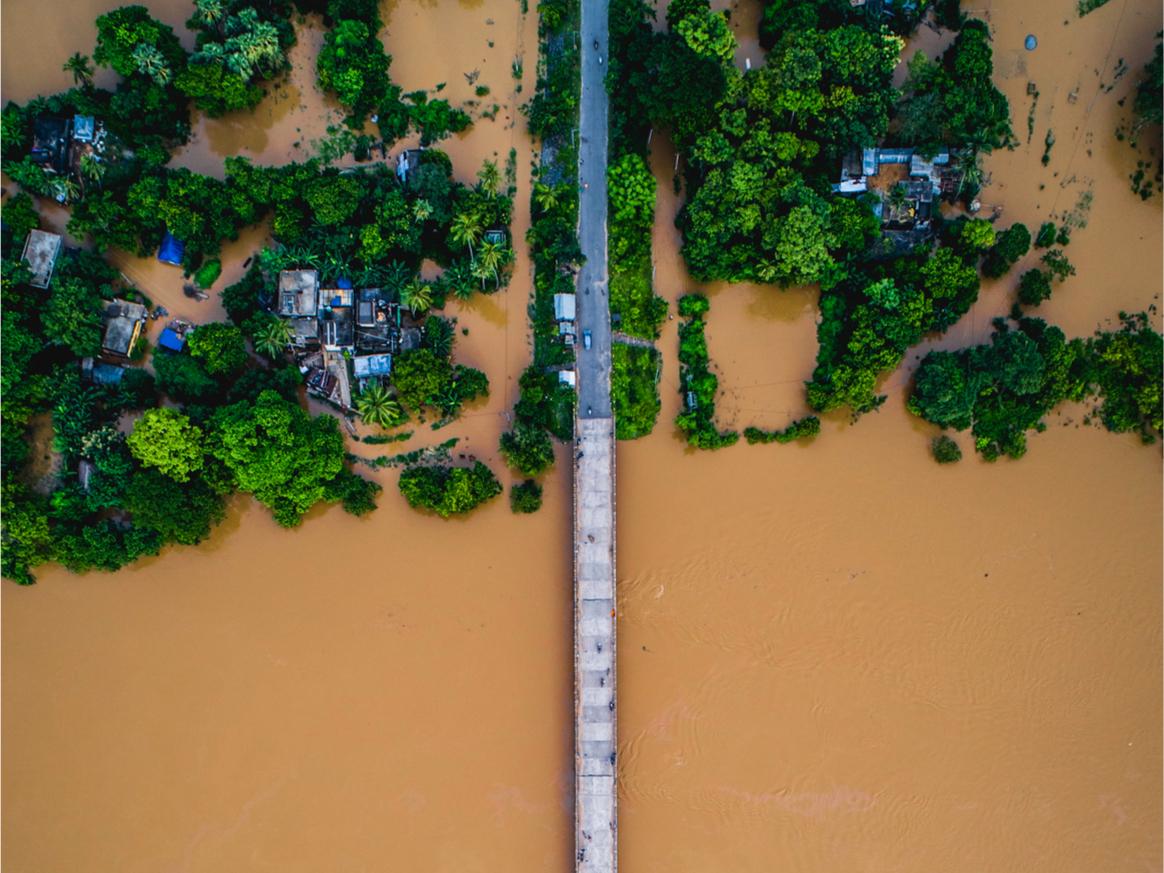 The eastern state of Odisha in India, situated along the coast of the Bay of Bengal, frequently suffers from cyclones, floods and occasional tsunamis. Hence it has often been referred to as the ‘disaster capital’ of the country. However in early August this year, it was two coastal villages in Odisha, Venkatraipur in Ganjam district and Noliasahi in Jagatsingpur district which earned the recognition of being ‘Tsunami Ready’ from the UNESCO-Intergovernmental Oceanographic Commission, making India the first country in the Indian Ocean Region to establish such high levels of disaster preparedness at the community level.

Investing in community preparedness: learning from the past

Vulnerable communities have been at the frontline of disaster management operations in Odisha on multiple occasions due to the training they receive from governmental and non-governmental agencies. Community preparedness however, is not limited to their participation in disaster management activities alone, it also involves the effective and active cooperation of the community members with the local and national disaster management authorities. Lesson from past disasters are also kept in mind while designing prevention and response strategies. In 1999, Odisha had witnessed a Super Cyclone which led to the loss of 10,000 lives. The unfortunate experience propelled the state to build multipurpose cyclone shelters along its 480 km long coastline, equipped with community kitchens and life-saving equipment. The shelters offer all services that are required during emergencies and have allotted announcement vehicles. Some buildings have also been designated as cyclone shelters so that evacuees do not get scattered at different locations but can stay within their communities.

Based on an early tsunami experience when seawater intruded up to 1.5 km into the land, the government also identified 328 villages as tsunami-prone and undertook measures to enhance their disaster preparedness. The two villages which have been declared ‘Tsunami Ready’ under the Indian Ocean Tsunami Ready Programme of IOC-UNESCO, a community performance-based programme, are amongst these identified villages. The preparedness the village communities exhibited when the UNESCO team visited in December 2019 met the parameters of this programme which ranged from having community tsunami risk reduction plans to designating tsunami hazard zones, having easily understandable evacuation maps, an annually conducted tsunami community exercise, and a reliable means to receive official tsunami alerts round the clock. Plans are afoot to have one such model village in each of the state’s six coastal districts.

Disaster preparedness at the community level is conducive for speedy dissemination of alerts and mobilisation of the people necessary for effective implementation of evacuation operations-one of the primary reasons behind Odisha’s success in disaster management. As the World Bank puts it, Odisha has a good community outreach system through which people can be contacted on time. There is a network of 450 cyclone shelters and each shelter has a maintenance committee trained in rescue and relief activities. Through a network of these shelters and committees, the state has involved the entire community making it easy to disseminate warnings and evacuate people.

Recent disasters bear testimony to Odisha’s prowess in conducting evacuation operations. During Cyclone Amphan, one of the strongest cyclones ever to have been recorded in the Bay of Bengal, nearly 200, 000 people were evacuated in the state. Cyclone preparations began as soon as the alerts were issued by the Indian Meteorological Department and restoration efforts were undertaken on a war footing so that by the time the cyclone steered away from Odisha towards West Bengal more than 85 per cent of the power restoration work was already done. Heading the central team to assess the post-Amphan damage in Odisha, Joint Secretary of Union Home Ministry, Shri Prakash, stated that “community involvement” in the process of disaster management had been one of the “achievements of the Odisha government.”

Prior to Amphan, Odisha had already received accolades for its evacuation operations. Keeping in mind the goal of  “zero casualty”, Odisha carried out one of the biggest evacuation operations in human history, moving around 1.2 million people just before Super Cyclone Fani in 2019.  The United Nations had lauded the way in which the local authorities accommodated the evacuees in over 4,000 shelters including 800 ones specially designed to withstand cyclones. Nearly 1 million people were also evacuated when Cyclone Phailin struck in 2013. Post Phailin, the UN had recognised Odisha’s preparedness as a ‘global success story’ and made plans to use it as a model for other cities.

An essential feature of community-based disaster management is reducing the communities’ risk or vulnerability to natural disasters. To accomplish this, long term plans are necessary with an eye on potential dangers such as climate change which threatens to increase the intensity and frequency of natural disasters in the future. The Odisha State Disaster Management Plan, therefore, seeks to integrate disaster risk reduction with climate change adaptation. The objective is to inculcate disaster risk resilience within the communities so that they are not only prepared but can also resist, absorb, accommodate and recover.

Prime Minister Narendra Modi has recently expressed an interest to partner with the Odisha government in recognition of the state’s practices of disaster management as a ‘model’ for other states. The state’s efforts in the context of Cyclone Phailin already find a place under the umbrella of best practices in India’s 2019 draft National Disaster Management Guidelines for Community Based Disaster Risk Reduction. Odisha is an example of being vulnerable yet resilient, and the salient features of its disaster management approach thus offer lessons for the whole country. While Odisha’s practices can indeed be an inspiration for other states, however, these cannot be emulated without undertaking necessary modifications to suit the needs of the specific community in question. Nonetheless, as examples are easier to learn from than normative guidelines, adopting Odisha as a case study of community-based disaster management will be beneficial for India in its efforts to integrate community involvement within mainstream disaster management.