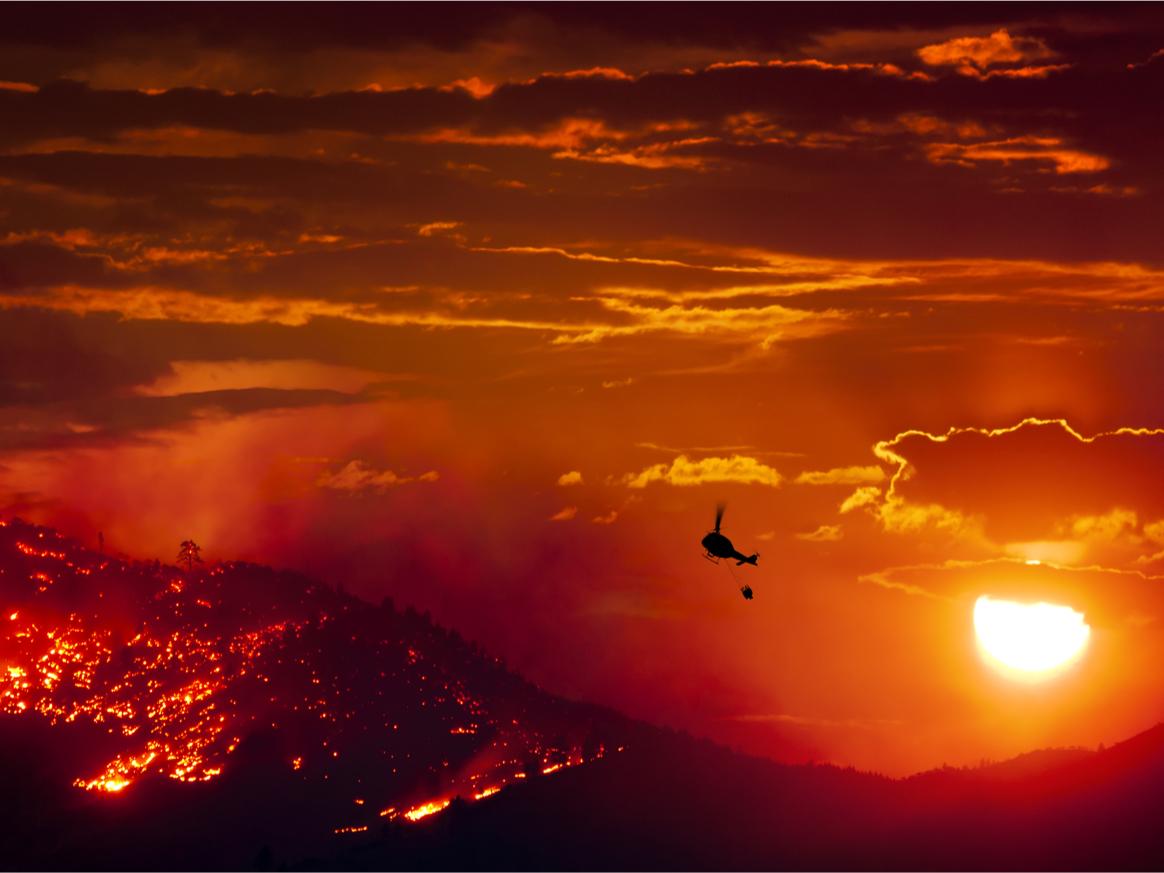 Wildfire is a natural process necessary to many ecosystems. But wildfires are getting worse and more damaging, and it is our fault, according to new research.

A paper by two UC Merced researchers and their colleagues, published in a new Nature journal called Nature Reviews Earth & Environment, indicates the global economic and environmental damage caused by wildfire will only increase because of human-caused climate change.

However, we are also able to save ourselves, the researchers said.

“These arguments and ideas are starting to emerge from all the work,” Professor Crystal Kolden said. “Humans are driving this change and will continue to drive it unless we drastically change our fossil-fuel use. From a carbon perspective, fossil-fuel emissions are the worst. They are the global driver of climate change. If we cut our fossil-fuel emissions, that would be our saving grace.”

In 2018, fossil fuel carbon emissions hit 10 gigatons per year, more than double the level in the 1970s. About 2 gigatons a year are released because of fires.

The researchers’ analysis shows there are some likely trends.

The consequences of anthropogenic climate change on fire potential will be particularly bad in flammable forests in populated temperate zones and fire-sensitive tropical rainforests. Even areas with little population — such as the Arctic — are seeing increased fire activity, research shows. These fires are contributing to greenhouse gas emissions, the researchers wrote.

“This paper looks at all the ways we humans have left our fingerprints, not only through climate change, but also forest management and land-use changes,” Professor John Abatzoglou said. “The impacts are already here and are quantifiable. That said, there are local-to-global solutions to bend the curve of escalating fire impacts that some areas, including California, are seeing.”

“Science tells us where the tipping points are, and we know we only have a limited time to try and save the world we are familiar with — the current Earth systems, the species, the life we are familiar with. How are we going to live with all this fire?”

Fire scientist Kolden and climatologist Abatzoglou worked with colleagues from Australia, Canada and the Netherlands to analyze more than 250 scientific papers to synthesize the information and add context. They are new at UC Merced, part of the Management of Complex Systems faculty.

The researchers predict fires will continue to affect the quality of life, among other, worse consequences.

“Heat and fires make it hard to be outdoors and enjoy the reasons many of us moved here,” Kolden said. “But if we don’t do something soon, we will see a breakdown of the global infrastructure that sustains us. There are all these cascading effects — erosion, changes in runoff, landslides. Fire is not an isolated thing. It impacts the air, water, wildlife, food systems and humans. It will be especially lethal for people in the poorest regions.”

These impacts can be mitigated through behavioral change and effective stewardship programs, which should be based on scientific evidence, the research team said. Policies should incorporate Indigenous and local knowledge into evidence-based planning and design of natural and urban landscapes. The researchers recommend increasing transdisciplinary research to further understand how fires are changing and how humans must adapt and said it is cheaper and easier to reduce emissions than it is to extract them from the atmosphere.

The interactions between fire, climate and humans are complex, the researchers said. They focused on how fire is changing within broader Earth systems and on looking at its global impacts, as well as identifying gaps in knowledge and ways to find solutions.

“Science tells us where the tipping points are, and we know we only have a limited time to try and save the world we are familiar with — the current Earth systems, the species, the life we are familiar with,” Kolden said. “How are we going to live with all this fire?”

As fire ravages California, our infrastructure is still not equipped to handle climate change

California's wildfire risk keeps getting worse. Now a decade of blackouts lie ahead