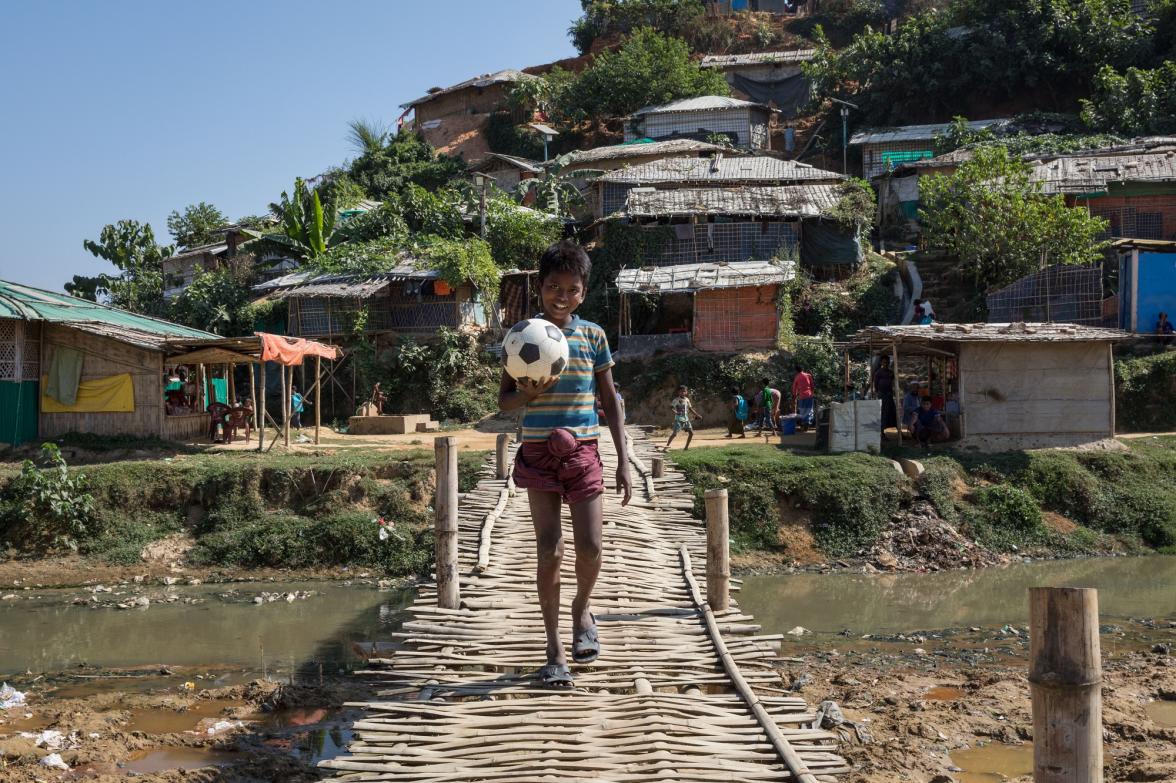 BARCELONA, June 9 (Thomson Reuters Foundation) - Bangladesh vowed to put pressure on nations fuelling global warming to cut emissions and help address the plight of people displaced by climate change as it stepped up to head a group of 48 countries vulnerable to rising seas and extreme weather.

On Tuesday, Dhaka took over the reins of the "Climate Vulnerable Forum" (CVF) for the next two years, and said it would push for more ambitious climate action despite the global economic strain caused by COVID-19.

"The pandemic is one crisis. Climate change could be worse than that, so we have to be aware of it," Bangladesh's Foreign Affairs Minister A.K. Abdul Momen told journalists in an online briefing.

He urged international donors to provide generous financial assistance to CVF countries because "investing in climate (protection) today will be a safeguard for our children tomorrow".

The forum's member countries - in Africa, Asia-Pacific and Latin America - regard themselves as at disproportionately high risk from climate change impacts, despite having done little to cause the problem.

Bangladesh, however, has become a global model in safeguarding its people from increasingly powerful storms, Momen noted.

Cyclone Amphan, which battered coastal areas in May, caused about 30 deaths after large-scale evacuations and community warnings, a mortality rate far lower than in the past.

Nonetheless, economic losses from Amphan were a big blow, coming on top of fallout from coronavirus lockdowns, Momen added.

"These two together have done serious damage to our economy," he said, adding that other CVF countries were likely to be in a similar position.

Fekadu Beyene, Ethiopia's commissioner for the environment, forest and climate change, expressed concern that global attention on tackling the COVID-19 pandemic could detract from efforts to deal with a heating planet.

"We (the CVF) have to be the voice of the voiceless" and make the case that "climate change is happening, so we should work hard and try to address (it)," he said.

Due to the pandemic, the COP26 climate summit has been delayed a year until November 2021. But the United Nations, poorer countries and green activists have urged governments not to back away from the stronger climate action plans and increased funding they promised to deliver in 2020.

In its role leading the CVF, for the second time this decade, Bangladesh plans to push countries to make faster and deeper emissions cuts to limit the rise in global average temperatures to 1.5 degrees Celsius above pre-industrial times, the more ambitious goal set under the 2015 Paris Agreement.

The world has already warmed by a little more than 1C and is on track to heat up by at least 3C this century, scientists say.

Momen said that while major polluting countries had yet to do their fair share in reducing emissions, there was growing public support for stronger climate action in those nations.

That includes the United States, which is due to exit the Paris accord later this year, soon after November elections.

Pressure from citizens will eventually lead governments "to succumb to the causes of the people", Momen predicted.

Under Bangladesh's leadership, the CVF plans to expand a fledgling trust fund to help its members tackle climate change.

It will also lobby for international progress on responding to rising "loss and damage" from climate extremes. That could include help for people forced to leave their homes because of floods, droughts, storms or rising seas.

Casten Nemra, foreign minister of the Marshall Islands, which chaired the forum before Bangladesh, said the next two years would be vital for the planet's future, and countries should stick to their commitments under the Paris Agreement.

"If pollution is left unchecked, the climate crisis will grow worse - and even more for the vulnerable countries," he said.

"If we fail to mobilise support from the international community, to help us adapt and protect ourselves, we will leave millions of people in extreme danger."