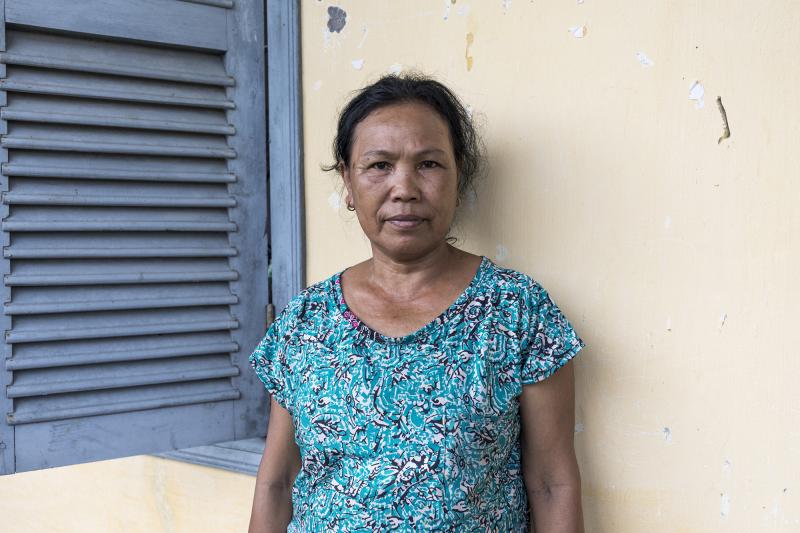 Phnom Penh – With the goal of realising safer, more climate-resilient, more equitable communities, the UN Development Programme (UNDP) in Cambodia has entered into a new partnership with the NGO ActionAid focused on enhancing gender equality in early warning system and disaster risk reduction. The partnership is the latest in a series forged by UNDP under a project strengthening climate information and early warning systems for climate-resilient development and will roll out with the participation of locally-based community organisations in Koh Kong province over the coming year.

“We know that around the world, the impacts of climate change and disasters disproportionally affect women and that rural women are particularly vulnerable,” said UNDP Project Manager, Muhibuddin Usamah. “To build their resilience – and that of their communities at large – it’s critical they’re actively involved. That’s what this partnership is focused on – increasing their representation in disaster management and climate change adaptation decision-making, ensuring their voices are heard locally and nationally, and making sure their knowledge and contributions are maximised.”

As well as selecting, training and linking local women as ‘DRR Champions’ with skills in community-based disaster risk reduction; hazard, vulnerability and capacity assessments, and leadership and advocacy, the project is set to develop a Women’s Resilience Index for Cambodia. The Women’s Resilience Index is a global tool designed by the Economist Intelligence Unit to assess a country’s capacity for disaster risk reduction and recovery and the extent to which the needs of women are being integrated in national resilience-building efforts. Women and youth will be trained in data collection and entry, with analysis supported by international specialists.

In Koh Kong, the project will produce and promote a women’s ‘Charter of Demands for Disaster Risk Reduction and Climate Change Adaptation’. The Charter will be developed based on data and consultative workshops, as well as input from women ‘DRR Champions’ from the two provinces. The Charter will provide the basis for advocacy at the sub-national and national levels, seeking action on priority areas.

While gender equality is improving in Cambodia – for example in primary and secondary education and maternal mortality – their representation in local and national decision-making remains limited. Among its development targets, the Royal Government of Cambodia has prioritised the increased participation of women in public and professional life. UNDP remains focused on supporting the government to achieve its goals in this and women’s economic empowerment, and to advancing gender-responsive climate action.

Globally over the past decade, gender has moved up the sustainable development agenda, with a number of agreements/frameworks referencing equality and the important role of women and marginalised groups in achieving development outcomes.

Under the globally agreed Sustainable Development Goals, while gender equality is an end in its own right (SDG5), it cuts across the 16 other goals. Meanwhile, the Sendai Framework for Disaster Risk Reduction (2015-2030), recognises empowering women in disaster response, recovery, rehabilitation and reconstruction as key. The Paris Agreement (2015) cites gender as a key consideration across the board in taking affective action on climate change. At COP23 in 2017, member states adopted the first-ever Gender Action Plan to support gender-responsive climate action. President of COP23 and Prime Minister of the Republic of Fiji, Frank Bainimarama heralded the plan as a major achievement “[recognising] the critical role of women in climate action.”

Cambodia, recognising the challenges (and opportunities) has put gender front and centre in its national Climate Change Strategic Plan (2014 – 2023) with one of its eight strategic objectives focused on ‘reducing sectoral, regional, gender vulnerability and health risks to climate change impacts’, and one of its guiding principles to ‘ensure that a climate change response is equitable, gender sensitive, transparent, accountable and culturally appropriate’.

“Investing in women and respecting their human rights is the surest way to lift communities, companies and countries, and to achieve the 2030 Agenda for Sustainable Development.” UN Secretary-General, Antonio Guterres on International Women’s Day March 8, 2019

Cambodia atlas of gender and environment: Analytical stories of vulnerability and possibilities for resilience

Why we must engage women and children in disaster risk management