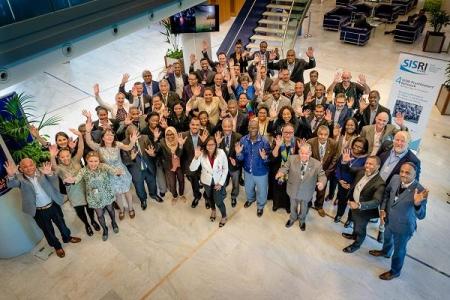 Geneva - Visionary leadership and good governance are the cornerstones of resilient and sustainable development in small island developing states (SIDS).

The Small Island States Resilience Initiative Practitioners’ Network (SISRI) agreed that stronger engagement of women and a greater emphasis on inclusion, in general, was the foundation of more integrated – and effective – climate and disaster resilience. They met over two days as part of the build-up to the Global Platform for Disaster Risk Reduction which opens tomorrow.

The Special Representative of the UN Secretary-General for Disaster Risk Reduction Ms Mami Mizutori told delegates: “Inclusion is the hallmark of good disaster and climate risk governance and so often it has been SIDS who have led the way in this regard.

“Your challenges are often unique and indeed more extreme than for many other nations. At the same time your innovation and resolve to address these difficulties is a shining example to the wider international community.”

Bernice Van Bronkhorst, Director of the Climate Change Group at the World Bank highlighted the importance of gender: “A single disaster could wipe out a decade of investments. Gender is critically important to this agenda; by including women and young women you can change gender norms ... and roles in community,”

However, one of the challenges was to persuade men to provide space for female leadership, according to Dolores Devesi, Country Director of Oxfam Solomon Islands and member of the Solomon Islands National Protection Committee.

Participants agreed that SIDS faced common challenges to scale up resilience efforts because of the challenge of extreme hazard exposure combined with vulnerability, limited capacity and relative isolation and poor connectivity.

Health challenges, pollution and waste management, depletion of ecosystems and biodiversity, food security and forced migration were among the issues that were commonly faced across the globe in island states.

Mary Alalo, Project Coordinator of the Solomon Islands Community Resilience to Climate and Disaster Risk Project painted a vivid picture of the reality at country level across SIDS globally.

Participants agreed that moving forward required a renewed approach to networking and collaboration to further promote greater female leadership, more of South-South cooperation, and more contact with the affected populations through field visits.

Ocean accounting for disaster resilience in the Pacific SIDS: a brief note for policymakers

Women affected by disasters often face the greatest risks. They need to be part of the solution