At USD 144 billion, global insured losses from disaster events in 2017 were the highest ever, sigma study says 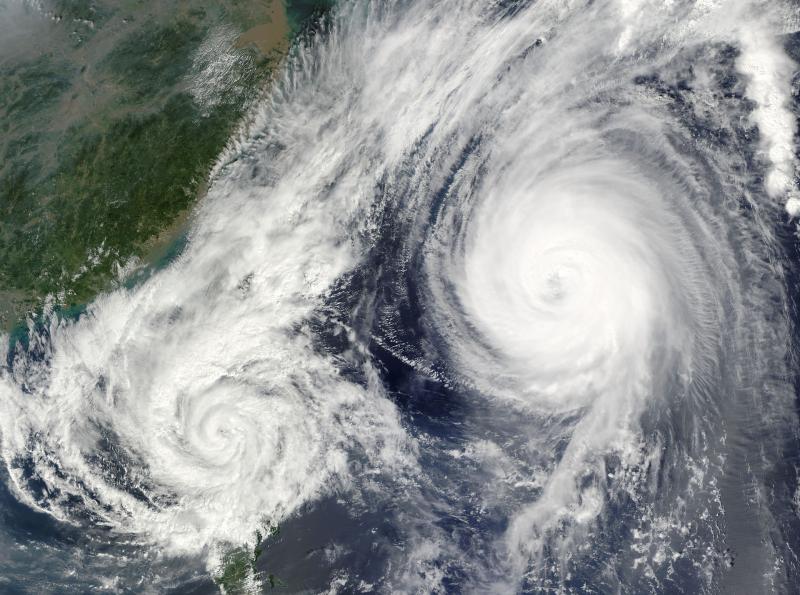 Total global economic losses from natural and man-made disasters in 2017 were USD 337 billion, almost double the losses in 2016 and the second highest on record, the latest sigma study from the Swiss Re Institute says. Global insured losses from catastrophe events, meanwhile, were USD 144 billion, the highest-ever recorded in a single year. The highest losses came from three hurricanes – Harvey, Irma and Maria (HIM) – that struck the US and the Caribbean in quick succession. These hurricanes resulted in combined insured losses of USD 92 billion, making 2017 the second costliest North Atlantic hurricane season since 2005. Last year was also a record year for wildfires. Major wildfires across the globe resulted in combined insurance losses of USD 14 billion, the highest ever.

In terms of sigma criteria, there were 301 catastrophes worldwide in 2017, down from 329 in 2016. More than 11 000 people lost their lives or went missing in disaster events last year, and millions were left homeless. Natural catastrophes claimed more than 8 000 victims. A landslide and floods in Sierra Leone in mid-August took most lives, with 1 141 people declared dead or missing. Elsewhere, heavy monsoon rains and separate flood events led to more than 1 000 deaths across India, Nepal and Bangladesh.

Insured losses from natural and man-made disasters worldwide in 2017 were the highest ever recorded in a single year. The insured loss total was USD 144 billion, compared with global economic losses of USD 337 billion, leaving a worldwide catastrophe protection gap of USD 193 billion. The main driver of the high insured losses was an active hurricane season in the North Atlantic. In particular, the HIM hurricanes, which all reached category 4+ intensity, left a trail of destruction across the Caribbean Islands, Puerto Rico, Texas and parts of western Florida.

According to sigma, HIM caused economic damages of USD 217 billion. Hurricane Irma inflicted the heaviest economic losses ever experienced in the Caribbean, and Maria essentially crippled the entire infrastructure system in Puerto Rico, including the island's power grid, its water, transport and communications networks, and its energy facilities. A main feature of the 2017 North Atlantic hurricane season was the heavy water component of storms, and the associated contribution of water damage to the overall losses. For example, Harvey unleashed an unprecedented amount of accumulated rain, causing catastrophic flooding in some of the most populated areas of the Gulf Coast, including Houston. Around 200 000 homes were flooded and 500 000 vehicles damaged. Total economic losses resulting from Harvey were USD 85 billion.

The combined insured losses from HIM were around USD 92 billion, equivalent to 0.5% of US gross domestic product in 2017. The storms' individual insured losses were divided as follows: Harvey USD 30 billion, Irma USD 30 billion and Maria US 32 billion. "After 12 years of no major hurricane making US landfall, 2017 is likely to go down as one of the most expensive North Atlantic hurricane seasons in history, in terms of both economic and insured losses," Martin Bertogg, Head of Catastrophe Perils at Swiss Re says.

The North Atlantic seems to still be in an active phase of hurricane activity, suggesting a higher probability of hurricane formation and major hurricanes making landfall. "A key take away from HIM is that insurers need to consider multiple hurricanes occurring in a given year, as much as the severity of individual events, in their modelling of hurricane risk. This is important from a risk management perspective as it will help insurers – and, ultimately society – be better prepared for similar magnitude events in the future," Bertogg says.

A record year for wildfire losses

Global losses from wildfire events have increased over recent decades, and there were many major fires in 2017. The combined insurance losses from all wildfires worldwide were USD 14 billion, the highest ever in a single year. In October and December 2017, separate wildfire outbreaks led to record losses of USD 13 billion across northern and southern California. The Tubbs fire in the Sonoma and Napa counties caused USD 7.7 billion in insured losses, making it the world's costliest wildfire ever in terms of insured losses, according to sigma records. There were also major wildfires in Canada and in Europe last year. In Portugal, high temperatures and strong winds provided the fuel for uncontrollable forest fires. The number of hectares burned from the beginning of the year through to the end October was 53 times more than the annual average of the previous 10 years.

So far the biggest wildfire-related insured losses globally have resulted from outbreaks in the US and Canada. This has come alongside an observed increase in the length of wildfire seasons (longer and warmer summers), and the occurrence of more frequent wildfire events. In North America, the increase in wildfire risk is fueled by strongly growing exposures. There has been a significant increase in development in the wildland-urban interface (WUI, land adjacent to or within undeveloped natural areas and vegetative fuels). Since 1990, 60% of new homes in the US have been built in WUI. Property in these areas is particularly susceptible to fire hazard given proximity to the forest and wildfire embers.

There were also a number of severe precipitation events in 2017, in different regions. These highlighted the vulnerability of an increasingly urbanised world to flood events. Such as, for example, Houston, which suffered major flooding on account of the severe precipitation that came with Hurricane Harvey. Elsewhere, in China heavy rains caused the Yangtze River to flood, with pluvial and river flooding across 11 provinces inundating more than 400 000 homes. The economic losses were estimated to be USD 6 billion, making it the costliest loss disaster event in 2017 in Asia. With low insurance penetration, however, the level of coverage was small. In the monsoon season, very heavy and long-running rains caused huge damage and loss of life in India, Nepal and Bangladesh. Economic losses from a series of flood events in Bihar, Assam, West Bengal and other states in India were around USD 2.5 billion, and USD 0.6 billion in the Terai region of Nepal.