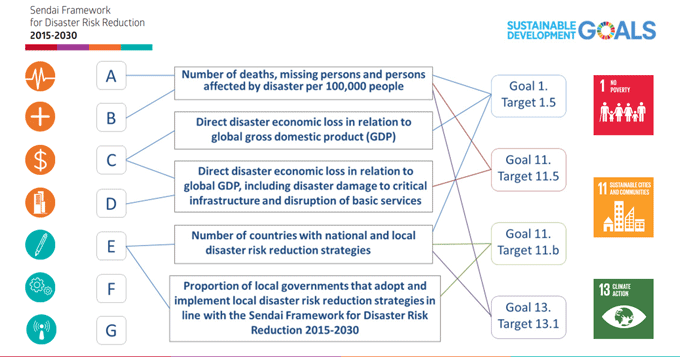 The newly appointed UN Special Representative of the Secretary-General for Disaster Risk Reduction, Mami Mizutori, today said: “It is impossible to prevent disasters and to manage risk if a country is not measuring its disaster losses, particularly at the local level, for both small-scale and large-scale events. Such losses are a great setback for efforts to eradicate poverty.”

In a statement to mark the launch, Ms. Mizutori said: “The Sendai Framework Monitor will provide inputs to the first report on achieving progress on implementing the Sustainable Development Goals in July. “In a world where climate change and extreme weather events contribute to pushing 26 million people into poverty every year, improving how we manage risk is vital and this requires a deeper understanding of where these losses are occurring and not just for major internationally recorded events. The silent, small-recurring events such as floods and droughts can take a huge toll on communities which lack essential health services and other coping capacities.”

Monitoring of the Sendai Framework - an introducton