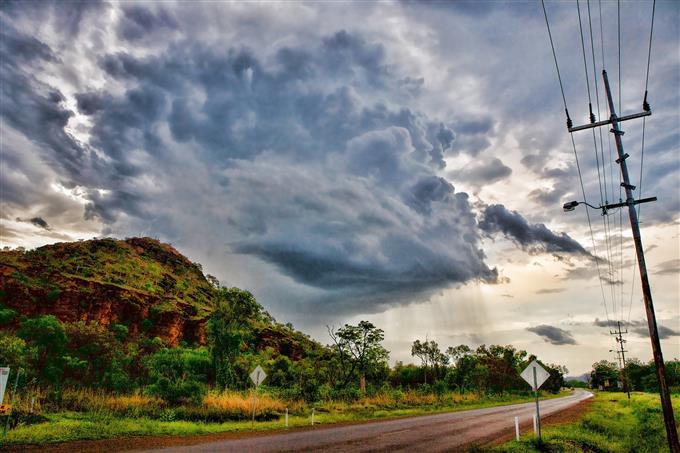 Last week’s storm and subsequent state-wide blackout in South Australia reminds us how important the electricity grid – and other infrastructure – is for our communities.

Immediate analysis suggests the blackout was caused by the collapse of transmission infrastructure in South Australia. Australian electricity networks, like most transmission networks worldwide, rely on above-ground conducting wires held aloft by large towers. Some of these towers were blown over in the South Australian event.

While the storm hasn’t yet been specifically linked to climate change, it also serves as a reminder of the increasing challenges of delivering essential services in a more variable climate and slowing economy.

Power, water, transport, health, defence and communications infrastructure can be exposed to climate variability and change simply because of their long lifetimes. Therefore, many if not most owners and operators of essential infrastructure have commissioned climate vulnerability and adaptation studies.

There are many good examples of adaptation. For instance, Queensland Urban Utilities, the major water distributor and retailer in south-east Queensland, is implementing a large program to make the water and wastewater delivery network more resilient to flooding.

One of the less obvious reasons for lack of uptake is the difference in language used in the climate science and adaptation community and in the infrastructure community.

All technical disciplines develop their own specialised language and climate science is no exception. But planning for climate change means that infrastructure professionals have to apply climate science to engineering planning and design.

Both disciplines use risk management as a common framework for assessing and managing risks. But the “bible” of climate science, the Intergovernmental Panel of Climate Change (IPCC) process, has invented new definitions of risk.

These differ from the long-standing definitions of risk enshrined by the International Organisation for Standardization and widely used by the engineering and infrastructure community.

Many engineers find they cannot use the IPCC reports and projections because this information cannot be directly integrated into planning and design processes that are often heavily regulated and prescribed.

By necessity, climate projections are based on probabilities that specified environmental conditions may occur.

By contrast, engineering design is often based on a specified extreme number, whether it be a maximum wind strength or flood height, rather than a set of probabilities.

Over time it is expected that engineering design methodologies will be able to assimilate climate projections, but updating these highly prescriptive standards can be a drawn-out process.

Often the most common recommendations in infrastructure climate adaption studies are to make infrastructure stronger, higher and, by implication, heavier and more expensive. A common example is a recommendation that bridges be elevated and made stronger to account for expected higher flood levels and water flows.

While this is understandable, it is in stark contrast with the way almost all other products are being developed – lighter, faster, cheaper, smarter.

Australia is also consistently either at the top, or near the top, of the infrastructure cost league table. It’s one of the most expensive places to design and construct infrastructure worldwide.

Therefore, climate adaptation recommendations to make infrastructure more resilient through brute strength can be difficult to fund – although, in some cases, this may be the only viable option.

We need to think a little more creatively. A good starting point is to take the approach advocated in the relatively new international asset management standard called the ISO 55000 standard.

A key part of this standard is not to think about infrastructure assets in isolation, but to consider how each asset contributes to an essential service, such as providing electricity to our homes. After all, infrastructure assets are only constructed to deliver a service. It is the service that is key, not just the individual asset.

Distributed energy – such as rooftop solar – may reduce the need for extensive transmission networks. Smarter combinations of light rail and autonomous vehicles may change demand for major road infrastructure.

New water-treatment technology, such as within-pipe treatment, may do away with the need for large treatment plants that are often located in low-lying regions exposed to sea-level rise.

Climate adaptation needs to stop recommending that existing infrastructure just be built stronger and higher, and take a broader and smarter perspective of what infrastructure may be required as climate change increasingly makes its presence felt.