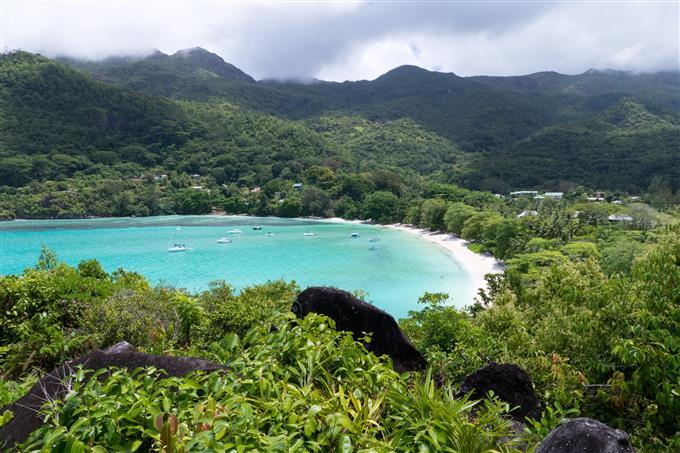 A multinational tsunami drill in the Indian Ocean has taught Seychelles key lessons about how to save lives in the event that a potentially deadly wave strikes in the future, according to senior officials in the island nation.

Mr. Paul Labaleine, Director of Seychelles’ Division of Risk and Disaster Management, said that his archipelago’s participation in the 24-nation IOWave16 exercise held in September had underscored the need to get a range of participating bodies to work together better.

“The tsunami simulation was a success and allowed us to identify the bottlenecks and the problems of coordination that we still have between the main national actors and institutions, but overall we have made enormous progress and we will be able to address each point before the next drill,” he said.

Indian Ocean countries set up a regionwide warning system under the guidance of UN science agency UNESO in the wake of the December 2004 tsunami tragedy that caused an estimated 227,000 fatalities in the region.

Besides focusing on the science of issuing alerts, the region’s efforts have centered on acting to reduce risk by ensuring that the public is aware of how to cope with the threat of tsunamis and that the various branches of the authorities work in harmony to do so.

Exercises are a key part of that effort. IOWave was initiated in 2009 by UNESCO’s Intergovernmental Oceanographic Commission.

IOWave16 has had an added edge this year, coming just weeks before the first-ever World Tsunami Awareness Day on 5 November, and ahead of International Day for Disaster Reduction on October 13, the focus of which is reducing disaster mortality.

Tsunamis, normally sparked by undersea earthquakes, are relatively rare. But they can also be extremely deadly: in the past 100 years, 58 have claimed more than 260,000 lives. The average toll, 4,600 per disaster, surpassed that of any other natural hazard.

Seychelles was relatively spared by the 2004 disaster, with three deaths. But the authorities are far from complacent, and have taken part in three editions of IOWave.

This year’s regionwide scenario was based on a 9.2-magnitude earthquake off Indonesia that generated a massive wave. In the drill, the tsunami was expected to reach Seychelles seven hours later, thus testing the country’s ability to brace for and deal with such a hazard.

The simulation showed that in such circumstances, not only would the archipelago be hit by a six-meter wave in the south, but also by smaller waves, up to two meters, in the capital Victoria and its surroundings, home to key national infrastructure such as the main utilities and the Seychelles Petroleum Company (SEYPEC).

“The scenario has given us new data and information to consider and has clearly showed that damage to infrastructure will be high,” said Ms. Regina Prosper, the  Division of Risk and Disaster Management expert who was at the helm of the drill in Seychelles.

“Many infrastructures will be inundated, so we will need to work on this in the next few months,” she added.

Evacuating people to higher ground and ensuring quick transportation were also identified as serious problems that need to be tackled better. Traffic is already heavy in Victoria at the best of times, and roads may not be practicable if a real tsunami happens.

“We will be able to move 15,000 people with our buses if it is necessary, but we cannot predict if the roads will be okay,” said Mr. Jean Claude Rosine, supervisor at the Seychelles Land Transport Corporation.

More than 90,000 people live in Seychelles, mostly on its shores, and there is only one main road going around the main Island and three main inland ones.

Shelters were also identified as a concern, given that schools, which currently constitute the main buildings to be requisitioned in the event of a disaster, may lack capacity to take in enough evacuees.

“We still have some problems but we are learning after each simulation and we can reasonably say that Seychelles is today better prepared to face a tsunami than in 2004. Staff in our main public services are much more prepared and our key partners have contingency plans in place,” said Ms. Prosper.

Besides earthquakes off Indonesia, Seychelles is also threatened by shakes in the Makran Trench, off Pakistan and Iran, that could lead to a tsunami hitting within five hours. A tsunami could also be triggered by volcanic eruptions on Reunion Island or the Comoros, with waves estimated to arrive in less than three hours.