The Caribbean must prepare for increased drought due to climate change 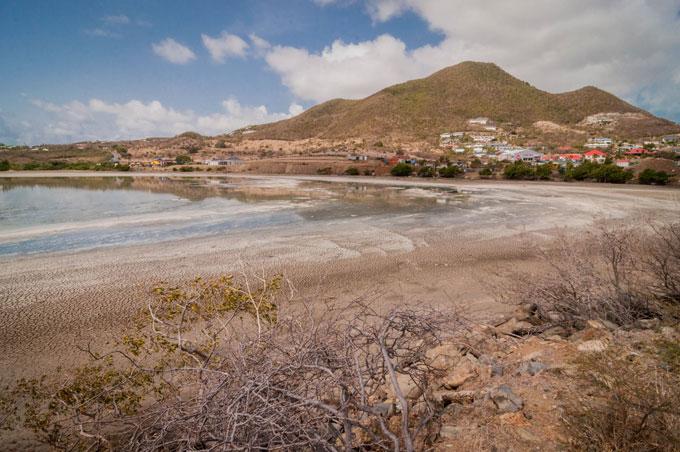 Climate change is expected to increase the intensity and frequency of droughts in the Caribbean, so countries must enhance their capabilities to deal with this and other climate related challenges to ensure food security and hunger eradication, FAO said today.

The Caribbean also experiences intense dry seasons particularly in years with El Niño events. The impacts are usually offset by the next wet season, but wet seasons often end early and dry seasons last longer with the result that annual rainfall is less than expected.

The Caribbean accounts for seven of the world’s top 36 water-stressed countries, while Barbados is in the top ten. FAO defines countries like Barbados, Antigua and Barbuda, and St. Kitts and Nevis as water-scarce with less than 1000 m3freshwater resources per capita.

“Drought ranks as the single most common cause of severe food shortages in developing countries, so this is a key issue for Caribbean food security”, said Deep Ford, Regional Coordinator for FAO in the Caribbean.

The impacts of drought on agriculture and food security

With droughts becoming more seasonal in nature in the Caribbean, agriculture is the most likely sector to be impacted, with serious economic and social consequences.

This is particularly important since the majority of Caribbean Agriculture is rainfed. With irrigation use becoming more widespread in the Caribbean, countries’ fresh-water supply will become increasingly important.

Drought can affect the agriculture sector in several ways, by reducing crop yields and productivity, and causing premature death of livestock and poultry. Even a dry spell of 7-10 days can result in a reduction of yields, influencing the livelihoods of farmers.

Farmers, particularly small farmers, are vulnerable to drought as their livelihoods are threatened by low rainfall where crops are rainfed and by low water levels and increased production costs due to increased irrigation.

The poor are vulnerable as food price increases are often associated with drought. Expensive, desalinated water resources are becoming more important in the Caribbean, accounting for as much as 70% in Antigua and Barbuda, and this can impact the poor significantly.

Rural communities are vulnerable since potable water networks are less dense and therefore more heavily impacted during drought, while children are at highest risk from inadequate water supplies during drought.

The most frequently occurring natural hazards in the Caribbean are climate related, and their impacts may increase due to climate change. The region's vulnerability to climate related hazards is manifested in loss of life and annual economic and financial losses that result from strong winds, flooding and drought.

Between 1970 and 2000, the Caribbean region suffered direct and indirect losses estimated between US$700 million and US$3.3 billion due to natural disasters associated with weather and climate events.

So far, the Caribbean has focused mainly on floods and storms, and so currently lacks effective governance, human resource capacity, and finance to deal effectively with drought issues.

It also has poor national coordination, policy-making, and planning in place. While many regional and national programmes have initiated responses to build resilience against the impacts of drought; too many of these are still in draft, poorly implemented, or in need of review.

However it was the severity of the 2009-2010 drought that sounded the alarm. The worst in over 40 years that led to significant water shortages across the region and resulted in agricultural and other losses from key economic sectors that affected many livelihoods.

The event forced the region to consider, particularly in light of climate change projections, a drier Caribbean by the end of the century as a disaster that has to be planned for and managed more strategically.

Three very relevant frameworks for drought management in the region are the Comprehensive Disaster Management Strategic Framework, the CARICOM Regional Framework for Achieving Development Resilient to Climate Change: 2011-2021, and the Jagdeo Initiative. In addition, the Caribbean Drought and Precipitation Monitoring Network (CDPMN) was established in 2009, after the 2009 drought.

However, the most pressing need is for countries to develop strong national initiatives. According to the FAO report, currently policy-making and planning regarding drought is hindered by weak governance, lack of finance and poorly coordinated land management.

“However, these can be overcome by strong political will that encourages participation in policy and planning processes by all actors in the social strata, enabling the sustainable development of water supplies to face the upcoming challenges”, Ford said.