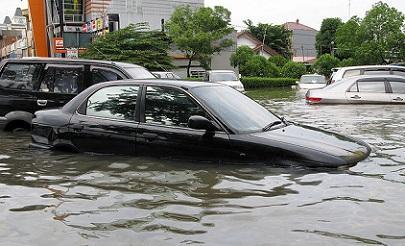 Paris – Insurers are facing up to a world in which natural hazards such as storms and droughts are increasing in both frequency and intensity, key players in the sector said at the COP21 climate summit today.

“Climate change is a reality. Climate change affects our customers. It’s our duty to stand with them, to help anticipate the impact of such risks,” said Mr. Jean-Louis Charluteau, Director of Non-Life Risks at Generali France.

Industry figures assembled at the “Get Ready” meeting, organized by France’s reinsurer CCR, underlined the growing need to square the equation between having as wide a base of ordinary customers as possible and reflecting risky choices in premium costs and coverage full stop.

“For individuals, we shouldn’t pick and choose based on exposure to risks, for the simple reason that most such customers – households – don’t have total freedom of choice in where they live,” said Mr. François Nedey, Property and Liability Insurance Manager at Allianz.

“On the other hand, I think we can be tougher, or more selective, when it comes to companies that for their own reasons choose consciously to place themselves in exposed situations or don’t take the necessary preventive measures, and thereby make the community pay for the consequences of such choices,” he said.

Given that risk is the essence of the insurance business, the sector has a key role in encouraging companies and local governments to reduce exposure and prevent disasters, he added.

The need is clear.

A report issued last month by the UN Office for Disaster Risk Reduction (UNISDR) and the Centre for Research on the Epidemiology of Disasters (CRED), “The Human Cost of Weather Related Disasters”, showed that over the last twenty years, 90 percent of major disasters have been caused by 6,457 recorded floods, storms, heatwaves, droughts and other weather-related events. The report also demonstrated that since the COP1 climate summit in 1995, 606,000 lives were lost and 4.1 billion people injured, left homeless or in need of emergency assistance due to weather-related disasters.

“The face of climate change, unfortunately, is increasing frequency and increasing cost, social and economic and in fact political consequences,” said Ms. Margareta Wahlström, Special Representative of the UN Secretary-General for Disaster Risk Reduction and Head of UNISDR.

“Too often, the impact of climate change is still seen as if it’s a future problem. But it’s obviously today’s problem and yesterday’s problem. The future will be uncertain, for sure with complications and more of the same. Even an agreement concluded here at COP21 may only start having an impact in 20 years,” she added.

The bleak picture has major implications for insurers.

“The loss ratio of today is not the loss ratio of tomorrow,” said Mr. Pierre Blayau, Chairman of CCR, France’s insurer of last resort against natural hazards which is financed by a percentage of private sector premiums.

The Sendai Framework for Disaster Risk Reduction, a wide-ranging international agreement adopted in March this year, identifies the private sector as having an important role for achieving its targets of substantially reducing deaths caused by natural and man-made hazards, as well as the number of people affected and the economic losses inflicted.

“We strive to make everyone act in a more responsible way when it comes to the assets. I’m not necessarily talking about pricing. For example, if you say, ‘Listen, if you build a wall between your house and the river because the river’s next to you, that will be better for you because you might not get flooded so often, so make an effort,’” said ARISE board member Mr. Philippe Derieux, Deputy CEO of AXA Global P&C.

Given that repeated disasters can drive up premiums for all – burden-sharing being a principle in insurance systems – he said it is also a matter of fairness that households and businesses should strive to reduce their risk.

Image remains a challenge for the insurance sector, and the reinsurers who are its backstop.

“There’s a lot of educating to be done with politicians and the public to get beyond the image of a miserly capitalist who collects premiums and tries to avoid paying out on claims, and show that there’s someone who wants to use his brick to help build a resilient future,” said Mr. Ivo Hux, Head of France, Benelux and Switzerland at Swiss Re.