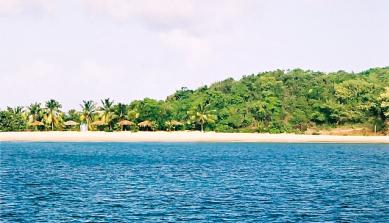 This debate surrounding our climate has polarized the world into two different groups for a long time; some theorists maintain that an intrinsic characteristic of climate is that it changes while a large percent of others support the theory that global warming is anthropogenic or caused by human action. There is however, scientific consensus that the Earth's climate system is warming, with average temperature rising somewhere between 0.4 and 0.8°C over the past 100 years. Research on global warming carried out by the Intergovernmental Panel on Climate Change (IPCC) has predicted that average global temperatures could increase between 1.4 and 5.8°C by the year 2100. The benefits and costs of climate change on society are expected to vary widely based both on location and scale, however the net effects are likely to be strongly negative as more rapid warming takes place.

Hydro-meteorological events including changing precipitation patterns, more frequent and intense weather events, storm surges and flooding as well as sea level rise are all indicators of a changing climate. The increased warming of the oceans means that we also expect to have more frequent and intense tropical cyclones. Implicit in this is the acknowledgment that the Caribbean and in particular, the Small Island Developing States of the region, will be devastatingly affected. In fact, recent years have seen islands struck by an increasing number of storms with a return period of 100 years. These storms accompanied by stronger winds, ocean surges, and heavier rains impact coastal areas heavily – which is of significance considering that Caribbean capitals and a large section of the populace are often situated near to the shoreline. A result of this is greater vulnerability and the increased probability of social and economic damages. Further cause for alarm is the fact that sea levels have risen by approximately 8 inches since the advent of reliable record keeping in the 1880’s and it is projected to rise to another 1 to 4 feet by 2100. While there is insufficient mapping information in the region to establish height data, and taking into consideration the differences in geomorphology of the islands, it is assumed that the global annual change of 3.1mm (0.12in)/year will also hold true in the region.

It is appreciated that besides its impact on the physical environment, rising sea levels and hydro-meteorological events have a devastating effect on the economic drivers of the region. The majority of the island economies are tourism and agriculture based – with the exception of Trinidad and Tobago, whose economy is largely oil based. It is estimated that tourism represents on average, 14.8% of GDP and 12.9% of employment in the Caribbean thus highlighting the potential for economic losses in this context. Some projections indicate that losses could total US$22 billion annually by 2050, representing approximately 10% of the regional economy. However, these are not a comprehensive picture and are based on three categories of effects; damages from hurricanes; tourism losses and; infrastructure damages due to sea-level rise. The published numbers do not reflect the full cost of these events as they generally exclude the impact of low intensity events which not only take place with more frequency, but contribute significantly to economic losses within the countries. Likewise, the impacts on the socially vulnerable population that make up the majority of the informal economy of the region remain unaccounted for. This lack of clear-cut and precise data on the potential effects of climate impacts on regional economies, compounded by the fact that the economic profile of most islands features both a high debt burden and GDP to debt ratio, only increases the difficulty of predicting and subsequently allocating financing towards reducing risk.

The world will now turn its attention to the United Nations Climate Change Conference, (COP21) whose objective is to achieve a legally binding and universal global agreement on climate. The overarching goal of the conference is to reduce greenhouse gas emissions limiting global temperature increase to 2 C above preindustrial levels. The new round of negotiations, recognizes that the pledges under the Kyoto Protocol were largely insufficient and that SIDs, a group that the Caribbean is part of, represent a vulnerable group most prone to the early consequences from unabated climate change. SIDS represent just a minor share of global emissions output, contributing less than 2%; and while they lack the clout in international negotiations, they are among the first to suffer from the effects of global warming. While there is some dichotomy in strategy, what has become evident is that the region’s focus should center on adaptation. This is not without issue as improving the economic and social infrastructure within the region whilst increasing resilience to climate change will prove difficult. The high costs of immediate adaptation measures, such as relocating vulnerable populations, coupled with the long time scales of treating the issues, provide significant challenge for regional governments.

Given these pressing issues, social and economic, the question becomes what is the Caribbean doing about disaster risk reduction in the context of climate change. Has there been sufficient focus on adaptation through disaster risk reduction (DRR) in the region? There is an extensive global body of literature on policy development and how these mechanisms might be effective in responding to climate change. It is imperative that Caribbean states develop integrated approaches to manage disaster risk and avoid national disaster risk management capacities being over-whelmed. The region’s position was first articulated in the 2009 Liliendaal Declaration on Climate Change and Development. The guiding framework for climate change action in the Caribbean: A Regional Framework for Achieving Development Resilient to Climate Change (2009-2015) was produced by the Caribbean Community Climate Change Centre (CCCCC) with its Implementation Plan for the Regional Framework, produced in 2011. The work of the CCCCC is also supported by CDEMA through the implementation of its Mainstreaming Climate Change into Disaster Risk Management for the Caribbean Region (CCDM) Project, aimed at incorporating climate risk considerations into national DRM planning and seeks to strengthen the overall response to the hazardous effects of climate change.

Within the regional cooperation agenda, DRR is not seen as an issue separate from climate change, but rather as a mechanism for coping with its effects. The challenge has been to rally the region to embrace the philosophy of DRR; that is, pursuing ex-ante activities before the event in order to reduce its effects as opposed to ex-post - investing after. In preparation for COP 21, countries have agreed to publicly outline the actions, known as Intended Nationally Determined Contributions (INDCs), they intend to take under a new international agreement. Collectively this will determine whether the world achieves a binding agreement and is sent on a path toward a low-carbon, climate-resilient future. At the forefront of current regional action, notwithstanding the fact that most Caribbean SIDs are not significant emitters of greenhouse gases, is the integration of alternative forms of energy; for instance the utilization of solar power for lighting and water heating. The absence of an enabling market environment, however, presents significant negative and unintended challenges to the implementation of such policies as increased cost of services in the absence of targeted subsidies, may make them less palatable to the general public. Well designed actions, however will signal to the world that notwithstanding internal issues Caribbean SIDS are doing their part to limit future climate risks. There is undoubtedly the expectation that transitioning to a low-carbon and green economy in the region will bring challenges, but this may also provide opportunities for growth. The Caribbean must exercise leadership in this arena, given that the cost of adaptation is projected to be around 1% of GDP, which is negligible relative to the costs and risks of climate change that will be avoided.