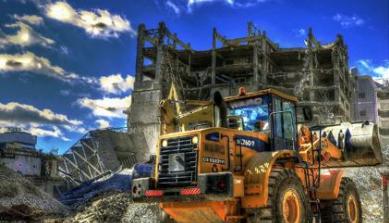 Incheon – New Zealand has signalled its strong commitment to adopt a ‘whole of society approach’ to implement the Sendai Framework for Disaster Risk Reduction.

The Minister of Civil Defence, the Hon. Nikki Kaye, told senior figures from central and local government, NGOs, research institutes, universities, the emergency services, community groups and the private sector that the country is “breaking new ground, which means other countries such as Australia and Italy are looking at us”.

The Minister told the 300 participants at the New Zealand Symposium on Disaster Risk Reduction, in Wellington, that this was a landmark occasion as it was “the first time we’ve held an event aimed at a whole-of-society approach to disaster risk reduction”.

“We recognise that more attention must be paid to reducing the underlying risk factors that create disasters; the hazards and threats we face; and our exposure and vulnerability to them, in terms of economic and social capital,” Minister Kaye said.

“If we’re serious about minimising New Zealand’s future losses from disaster – protecting the lives and future prosperity of the country – our goal must be to manage risk, not manage disasters.

“Nearly 50 New Zealanders attended the Third UN World Conference on Disaster Risk Reduction – a clear demonstration of the commitment we have to this issue.

“The Sendai Framework for Disaster Risk Reduction 2015-2030 is the new global blueprint for how nations should approach disaster risk. The Framework challenges countries to better understand their disaster risk, and strengthen arrangements to manage it. In other words, move from managing disaster to managing risk.”

Minister Kaye told the symposium that New Zealand was “well advanced in many areas of disaster risk management” but the challenge remained to “progress the national conversation on managing disaster risk”.

Among the substantive measures announced by Minister Kaye was Cabinet approval of changes to the Civil Defence Emergency Management Act 2002 aimed at strengthening community recovery from disasters. The amended act includes the establishment of a National Recovery Manager role and the discretion to appoint Local Recovery Managers if required.

An independent assessment of the response to the Canterbury earthquakes of 2010 and 2011 made several recommendations that have guided New Zealand’s review of its existing set-up to deal with disasters.

The country has adopted a comprehensive approach to reviewing its Recovery Framework. For instance, last year the government released a plan for the temporary relocation of parliament from the capital Wellington to New Zealand’s biggest city Auckland in the event of a major earthquake.

Among the many senior figures present were the Mayor of Wellington, Ms. Celia Wade-Brown, and the Mayor of Christchurch, Ms. Lianne Dalziel.

The Ministry of Civil Defence and Emergency Management, with the support of the Ministry of Business, Innovation and Employment, and GNS Science, a New Zealand Crown Research Institute, organized the symposium.

More on the Ministry of Civil Defence and Emergency Management